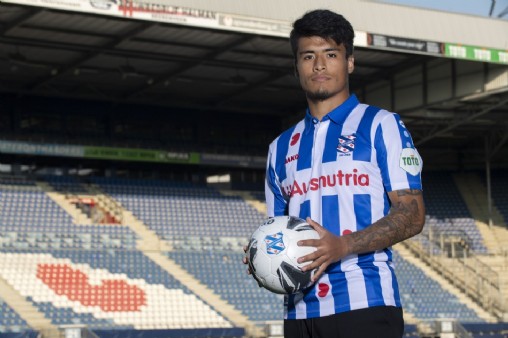 Ulysses Llanez becomes the second American player to join Eredivisie side Heerenveen after being loaned to the Netherlands on Tuesday.

Heerenveen announced that Llanez has joined from Bundesliga club Wolfsburg on a one-year loan. He will wear the No. 7 kit for the club and joins U.S. Men’s National Team midfielder Michael Bradley as the second player to play for the top flight side.

“Ulysses is an agile, fast winger who is strong in one-on-one duels,” Heerenveen technical manager Gerry Hamstra said. “He has good action and can score. He gives us more options on the flanks. We are happy to have a great talent as a player. Ulysses to our selection.”

The 19-year-old excelled for Wolfsburg’s Under-19 team last season, scoring 11 goals in 15 appearances. He was promoted to the senior team in January, but was not handed his debut by manager Oliver Glasner with the club holding onto the final European qualification spot.

Llanez did make his senior international debut for Gregg Berhalter’s USMNT in February, scoring the lone goal in a 1-0 win over Concacaf rivals Costa Rica. He is also eligible for the U.S. Under-23 team, who will be looking to qualify for the rearranged Tokyo Olympics.

Heerenveen opened its league schedule on Saturday with a 2-0 win over Willem II and next travels to Fortuna Sittard on Sept. 19th