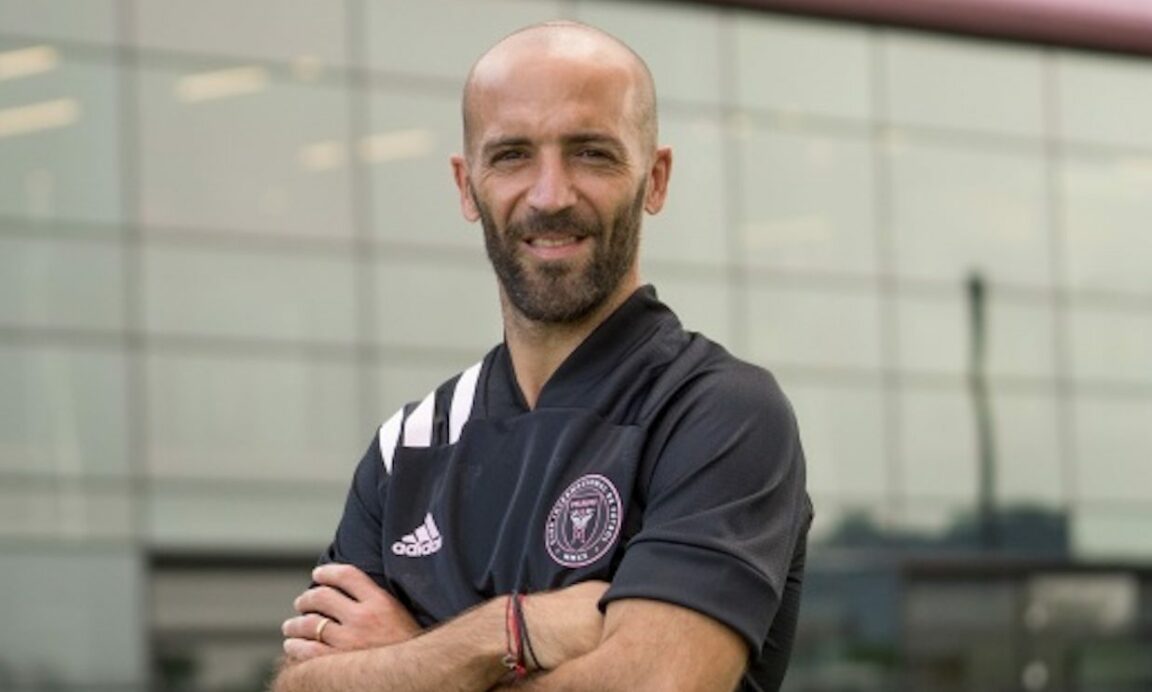 Inter Miami’s need for a playmaking difference-maker was once again evident in Saturday’s win against the Houston Dynamo. The expansion side bossed possession for large stretches and dictated the tempo, but still did not have an overabundance of clear scoring opportunities.

The good news for Inter Miami is that help is on the way.

Before Inter Miami beat the Dynamo, 1-0, on Saturday evening, the South Florida side officially announced the arrival of Federico Higuain via trade from D.C. United. Family ties are the primary reason for the move as it will reunite Federico with his younger brother Gonzalo, but the addition is a significant one for Inter Miami from a tactical standpoint.

After all, the 35-year-old Higuain is the type of attacking midfielder that Inter Miami could have used in the win vs. the Dynamo and at previous points this season. Sure, Rodolfo Pizarro has played in that position plenty this season and the Mexican does wear the No. 10, but he is not a true playmaker.

Federico Higuain is, and his ability to break open defenses with his vision and through balls will give the team the type of sorely-needed extra element in the attack that can create clear-cut scoring opportunities. That would have certainly come in handy on Saturday, because as good as Inter Miami was in terms of keeping the ball it still needed a penalty kick to top the Dynamo.

“We know (Federico) well and understand he is a player with a lot of experience in this league,” said Inter Miami head coach Diego Alonso in Spanish. “He can help us in a position where perhaps we don’t have that many players right now. This is great opportunity for both the player and us, and we decided to take it.”

Of course, Federico at this point in his career cannot give you the minutes or energy that he once could. Still, he will be a dangerous option to have off the bench and a potentially game-changing one.

It has only been two games, but John McCarthy is showing some interesting things in goal. Some different things, too.

McCarthy recorded his first shutout as Inter Miami goalkeeper while simultaneously ending the team’s cleansheet drought at seven matches with a two-save outing vs. the Dynamo. The 28-year-old McCarthy was not overly tested by the Western Conference side, but was up to the task when he needed to be.

Case in point was the Dynamo’s best opportunity in the 71st minute when a ball was played in behind flatfooted left wingback Brek Shea. McCarthy, quickly realizing the danger, raced off his line without hesitation to close down the angle and stop Ariel Lassiter’s shot.

What followed was just as notable, as McCarthy seemed to berate midfielder Wil Trapp for playing a perceived ill-advised pass to Blaise Matuidi that wound up coming the other way.

“John has shown what he is about. He is a player with a lot of temperament and a lot personality,” said Alonso. “Sometimes, especially at his position, it’s not necessary to have so much talent. He has it, but as much as talent you need to have confidence, a way to transmit that, and desire.

“He has all that and that confidence, that bravery, that quality to make his presence felt in goal permitted him to have that performance today.”

It is far too early to say that McCarthy has leapfrogged injured incumbent Luis Robles on the goalkeeping depth chart, especially since busier nights against tougher appoints await. Still, these initial returns are interesting.

One of the most notable moments on Saturday came in the game’s winning play in the 57th minute.

Inter Miami had earned a penalty kick for the second time in four matches, but this time it was not superstar striker Gonzalo Higuain that stepped up to take the shot from 12 yards out. Rather, it was Lewis Morgan that bore the responsibility before ultimately converting with a composed finish.

It is not 100 percent clear how exactly the decision was made for Morgan to take the spot kick, but a factor that played a part was Higuain missing his penalty vs. the Philadelphia Union three games ago. If you don’t recall, the Argentine sent his effort in that match wide of the mark and into the stands, so maybe his confidence was a bit shot or maybe he just felt like giving the opportunity to the in-form winger.

Either way, let’s see if Higuain relinquishes penalty duties on a permanent basis, especially in important matches and moments, or if this was a one-off.

John McCarthy (6) — Came up with the one big save he needed to by scrambling off his line without hesitation.

Dylan Nealis (5.5) — Did not have too much trouble defensively, but added very little to the attack despite getting plenty of touches.

Nicolas Figal (7) — Strong with his defending again while also helping in maintaining possession a good bit with lots of touches and passes.

Leandro Gonzalez Pirez (8.5) — Helped generate two of Inter Miami’s best scoring chances from the run of play with pinpoint passes, was lights out defensively, and drew the decisive penalty.

Brek Shea (5.5) — Quiet overall on both sides. Did help create one great look with a slipped in pass through Zarek Valentin’s five-hole, but also got caught flatfooted on the Dynamo’s best chance to equalize.

Wil Trapp (7) — Led the team in touches, passed quickly and accurately, and was confident on the ball, even rouletting past defenders at one point.

Blaise Matuidi (5.5) — Lost possession twice near the top of Inter Miami’s penalty area and was overall not at his best. Hit a great second-half cross to Higuain, though.

Lewis Morgan (7) — Cooly converted the game-winner and was a catalyst in the attack, especially in the first half when he drifted towards the middle.

Gonzalo Higuain (6.5) — His passing was superb again and he was involved in most of the best plays in the final third. Should have done better on his second-half volley.

Matias Pellegrini (5.5) — Put in plenty of running off the ball, but did not do much of note with it in a rather tame showing.

Victor Ulloa (6) — Was effective in helping close out the game, winning the ball a few times and getting a decent share of touches during his 14 minutes of play.

Ben Sweat (5.5) — Shored up the left side of the defense, which the Dynamo were targeting, after entering in the 82nd minute.

Jay Chapman (N/A) — Filled central spaces to blanket the back line as the team tried to seal the victory.

Julian Carranza (N/A) — Subbed in late to help kill some time and saw very little of the ball.

Robbie Robinson (N/A) — Thought he should have drawn a foul in a dangerous spot after coming on, but didn’t get the call.

Diego Alonso (7.5) — His team dominated play for large stretches and gave up very little defensively. A penalty kick was still needed to come out on top after failing to produce an abundance of clear-cut scoring chances, however.