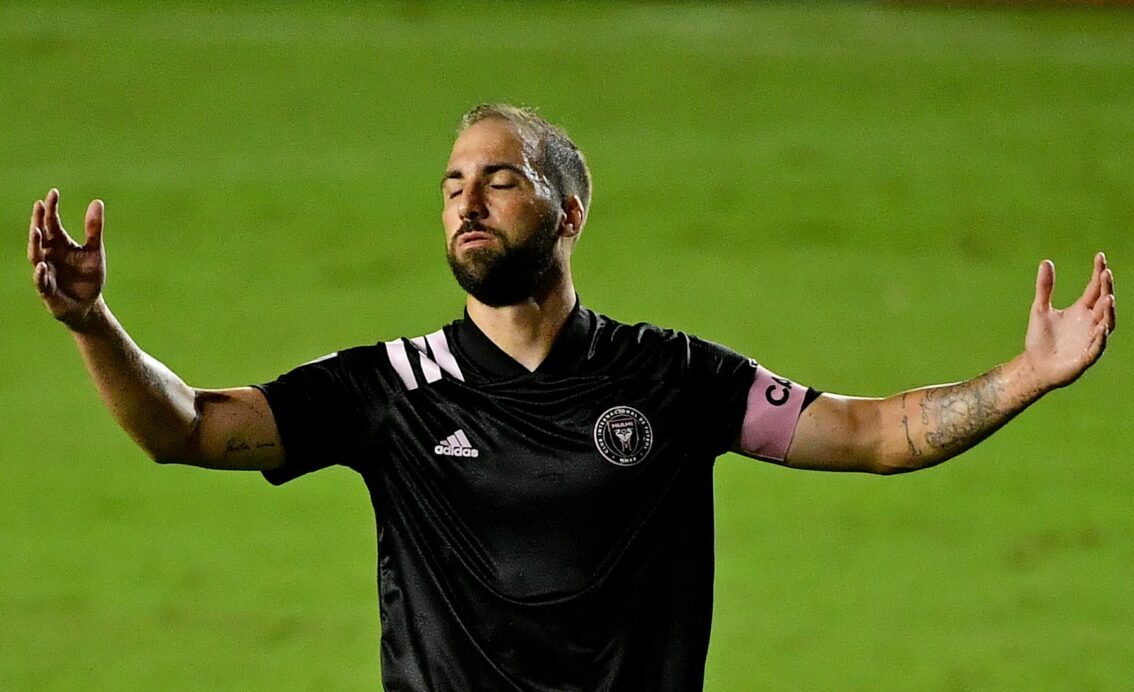 FORT LAUDERDALE, Fla. — The defensive breakdown Inter Miami suffered late on Wednesday was a big factor in settling for a draw, but it was not the only ingredient that led to the disappointing result.

Inter Miami and Atlanta United finished in a 1-1 stalemate on Wednesday night at Inter Miami CF Stadium after exchanging goals in the final 10 minutes of the game. The result was frustrating for the expansion side given how dominant it had been from the opening whistle, but was a byproduct, at least in part, of Inter Miami’s lack of efficiency in front of goal.

To keep it simple, let’s look at the stats. Inter Miami outshot Atlanta United by an astounding 21-3 mark, but only six of those attempts from the hosts were actually put on frame. What’s more, none of them overly tested Atlanta United goalkeeper Brad Guzan except for maybe the shot that came from distance from centerback Nicolas Figal in the 62nd minute. The other five were fairly routine stops for Guzan.

Taking a step back to see a larger picture, this lack of efficiency has been a major problem for the South Florida side for much of 2020. Part of it comes down to luck, sure, but part of it also comes down to Inter Miami’s lack of overall creativity and their lack of efficiency when they do wind up getting chances. After all, it is not like multiple shots clanked off the posts, were cleared off the goal line, or stopped by incredible parries on Wednesday.

Figal hits the 16th shot of the night for #InterMiamiCF. pic.twitter.com/tt77ziPY9C

As a further example, let’s take a look at Gonzalo Higuain, who was signed to improve the team and bring goals. Higuain has now played five games for Inter Miami, but has only found the back of the net once and that came off a free kick. The Argentine striker’s lethal finishing has not really been on display yet in MLS because the ball is not getting to him often enough in truly dangerous spots. Wednesday was a prime example, as Higuain often dropped deeper to try and combine rather than stay in the penalty area to attempt to get on the end of things.

All of that speaks to the function of the team and how it is playing right now under head coach Diego Alonso. Width and crosses are a priority for the Uruguayan, but they have not yielded much in the way of consistent goals and results. It is why Inter Miami continues to average a goal per game, why it has had to rely on a free kick and penalty kick to pick up its last two wins, and why it remains outside of the playoff picture.

Case in point: how is it that Atlanta United managed to score the same amount of goals as Inter Miami on Wednesday despite having only three shots and one on target? Efficiency — something Inter Miami has to improve ASAP.

Subs were too little, too late

It became more and more clear as the match went on that Inter Miami needed something different to best Atlanta United’s back line. Again, Inter Miami was bossing play and chances were being generated, but not clear-cut ones.

Alonso needed to go to his bench sooner than in the 77th minute, when he inserted Brek Shea for Matias Pellegrini, to try and find a way to break the deadlock. That Shea went on to score three minutes later was a clear sign that fresh legs and fresh ideas could open the game.

“If we would have scored earlier then we would have scored more because the game would have opened in our favor,” said Alonso in Spanish. “Scoring in the 80th minute obviously limits our possibilities to hit on the counter, to exploit the opponents’ disorganization, to occupy spaces, to keep the ball, especially when the tying goal comes so quick.”

Alonso explained post-game that it was tough for him to make substitutions in this one because the team was playing so well. There’s rationale behind that line of thinking, but nonetheless this was not a case of “if it ain’t broke don’t fix it.” Inter Miami needed a goal, and very little of what was happening on the field suggested one would come without changes to the personnel.

The vision and the finish 👊 pic.twitter.com/FzgFBYlOzZ

There was also another aftereffect as a result of the lack of substitutions: fatigue and loss of concentration.

There’s an old adage in soccer that says when the legs go, the mind goes — and that is what happened to Inter Miami on the equalizer. Ben Sweat struggled to race back on the 83rd-minute play that started down his flank, Leandro Gonzalez Pirez needlessly lunged in for the ball and missed after that, and then came the rest of the domino effect that resulted in Jake Mulraney’s tying finish.

Coaches often speak about being tuned in for 90 minutes, and that is in part because lapses can and do happen as matches enter the final stages and players reach the points of physical exhaustion that distract from the mental side of the game.

Recognizing who was laboring and inserting more substitutes could have prevented that from happening to Inter Miami.

John McCarthy (5.5) — Did well to deal with a few crosses, and could do nothing on the equalizer.

Dylan Nealis (5.5) — Held his own defensively, but did not provide much to the attack aside from the one low ball to Higuain in the 14th minute.

Nicolas Figal (5) — The desperation slide tackle on the tying goal proved costly, hurting what was otherwise a solid outing from him.

Leandro Gonzalez Pirez (5.5) — A needless lunging challenge took him out of the play on the Atlanta United goal. Did help set up Inter Miami’s tally with a nice diagonal switch, though.

Ben Sweat (5) — Defensively sound up until that 83rd-minute play in which he looked exhausted and failed to get back to try and put out the fire.

Wil Trapp (7.5) — Helped to boss the midfield with lots of touches and some good forward passes.

Victor Ulloa (7) — His pressing was very effective in the first half, leading to a few turnovers up the field that almost created some good looks on goal.

Blaise Matuidi (7.5) — Put in a lot of work on both sides, breaking things up repeatedly and serving as a key figure in the build-up with precise passing.

Lewis Morgan (7) — Incredible dribble and cross on the opener, just missed on a free kick, and was active throughout. Set-piece delivery was still lacking, however.

Gonzalo Higuain (6) — Was not afraid to pull the trigger in this one, but had to drop back regularly to try and get on the ball instead of being in the box.

Matias Pellegrini (5.5) — Buzzed about and hit a couple of good passes forward. Still, got muscled off the ball too easily, including on one near breakaway in the first half.

Brek Shea (7) — Came in late to unlock Atlanta United’s defense with the type of run and clinical finish that his team sorely needed.

Federico Higuain (N/A) — Too few touches in a late cameo that marked his team debut.

Diego Alonso (5) — While his team dominated in almost every facet, his delay in making substitutions that could bring new attacking ideas proved a mistake. The team not only failed to break open the game until late, but did so with too many tired legs on the field.