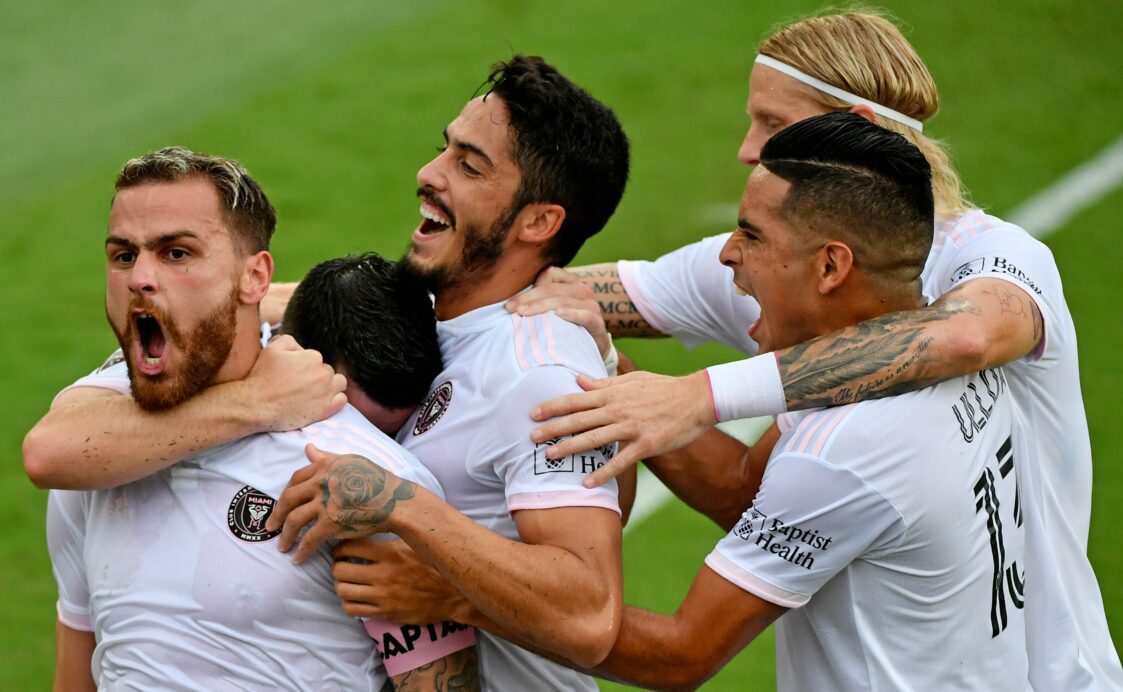 FORT LAUDERDALE, Fla. — Diego Alonso looked equal parts drained and relieved during his press conference on Saturday evening, a far cry from the passionate and euphoric figure he cut minutes earlier while racing down his touchline in celebration.

Alonso may no longer have been visibly elated, but that did not change the fact that Inter Miami had grabbed a much-needed win. In a home game. In front of fans. In one of the most dramatic ways possible.

Inter Miami used an 89th-minute goal from Leandro Gonzalez Pirez to edge in-state rivals Orlando City, 2-1, in the latest edition of the Sunshine Clasico. The victory at Inter Miami CF Stadium came with thousands of supporters in attendance for the first time ever, and moved the expansion side above the playoff line in the Eastern Conference at long last.

“Winning today had a grand, grand importance for us,” said Alonso in Spanish. “I said before the game when I was asked if we were approaching this game as a clasico or derby, and I said this was much more than that. This was a final. The players played it that way and won it in that way.

“The game was important, the three points were important, and we did our first job today.”

Inter Miami’s narrow and dramatic win over Orlando City on Saturday afternoon — played in front of 2,216 fans — combined with other results saw the South Florida side move into the 10th and final playoff place in the east. The triumph also marked the first time in 20 matches this season that Inter Miami moved above the red line.

Of course, it would not have happened without Gonzalez-Pirez’s heroic header, which gave Inter Miami its first goal off a corner kick this year.

“I’m very happy to have been able to score,” said Gonzalez Pirez, who was Inter Miami captain in place of the suspended Gonzalo Higuain, in Spanish. “It’s a wonderful thing for a player to get a goal, especially with the fans in the stadium that chanted and supported us all game. It was also a special game because it was against Orlando in Florida’s rivalry, and also in the final stages of the game and in the last minutes.”

The Argentine centerback will take plenty of the spotlight after this one, but he probably should leave some room for goalkeeper John McCarthy. Seconds before Gonzalez Pirez nodded home a Lewis Morgan corner, McCarthy came up with a massive stop to deny Tesho Akindele and keep the match at 1-1.

“I thought I f—ed us when I flipped the ball to the middle,” said a blunt McCarthy of the game-saving play. “I didn’t know who was behind me so I tried making the best play and it was just a reaction thing. I saw the Orlando guy just run up to it and tried making myself as big as possible and luckily it hit me in my leg and after that I just thought, ‘holy s—.”

The wild turn of events that Inter Miami experienced in the dying minutes made for a whirlwind of emotions, which were summed up by Gonzalez Pirez’s roar during his celebration and Alonso’s darting run down the sideline.

The supporters also went into an absolute frenzy, which was due in part because this was the first time many of them could watch the team up close and personal.

“Our fans were the 12th player, without a doubt,” said Alonso. “They pushed us, they helped us, they were with us at all times. We really felt like the home team today and it was an incredible experience being able to play in front of our crowd. I’m also very happy to have been able to win and dedicate the victory to them.”

For Inter Miami, Saturday’s victory stood as a big first step in qualifying for the playoffs. The job — as Alonso had mentioned — is not done, though. The team has three games left, and a place in the postseason is far from guaranteed.

It is that much closer now, however.

“Our heads have to be focused on the next game that’s coming up,” said Alonso. “Our idea is to prepare over these next four days to play another final on Wednesday. If we can win the three points, then we will. If we can only bring one back home, then we will so we can continue to have the hope like we do today of being able to make the playoffs.”