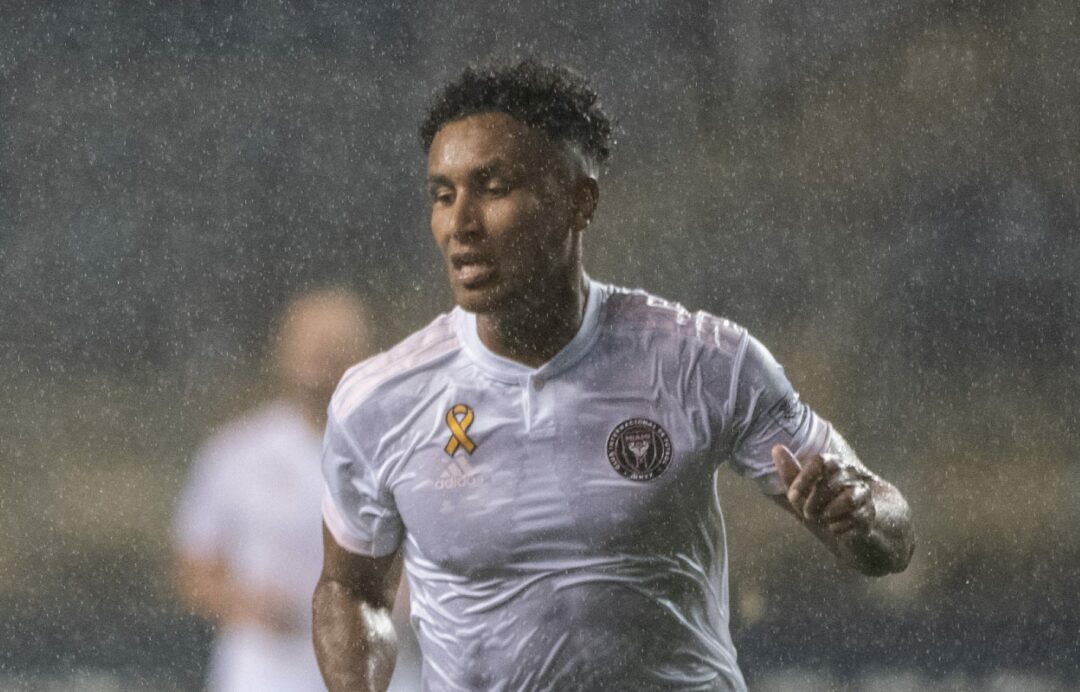 Inter Miami is going to be without two key pieces this weekend.

Juan Agudelo and Andres Reyes will miss Saturday’s home game vs. New York City FC because of injuries sustained last weekend. Agudelo pulled his right hamstring just before halftime in the 3-0 loss to the Philadelphia Union while Reyes suffered a facial injury in the second half. Both players were subbed off.

“They will not be available for this next game,” said head coach Diego Alonso in Spanish on Thursday. “We await the evolution of both of their injuries to see what happens going forward.”

One player that is healthy is Brek Shea, who has recovered from the minor knock that kept him out of this past Sunday’s lopsided defeat. Shea will be available for selection against NYCFC and is a candidate to start on the left side of the midfield, especially with Agudelo sidelined.

At centerback, Alonso is likely to replace Reyes with Nicolas Figal. That move would leave a vacancy at right back, but it could be filled by Dylan Nealis, Alvas Powell, or A.J. DeLaGarza.

The telenovela regarding Rodolfo Pizarro’s call-up to Mexico during the upcoming international window took another on Thursday. Mexico officially called up Pizarro for upcoming friendlies vs. the Netherlands and Algeria, but Inter Miami remains in discussions to try and keep him from going.

Both of Mexico’s October friendlies are set to take place in the Netherlands, and would force Inter Miami to have to make do without its most productive midfielder for five to six games in part because he would have to quarantine upon returning to the United States.

This is the roster that will travel to Europe for our preparation matches 🆚 🇳🇱 and 🇩🇿!!!

FIFA rules stipulate that clubs are obligated to release players to their international teams during recognized international windows, but the New York Times reported earlier this week that FIFA may make an exception this time around that will allow clubs to keep players if they are leaving to play in friendlies.

“I have a very good relationship with Mexico’s national team coach (Gerardo ‘Tata’ Martino) and we have talked like gentlemen,” said Alonso. “We have each tried to defend our interests with our arguments and what is legally allowed. We have laid out our cards with full transparency. … We will both do what is legal and permitted by the rules.”

Inter Miami made its latest midseason roster move on Monday, trading centerack Roman Torres to the Seattle Sounders. The deal gave the South Florida side a conditional first-round pick in the 2021 MLS Draft in return, while also providing Torres with a better opportunity to get the type of playing time he is seeking.

“We brought him in (at the start of the season) as the third centerback behind Figal and Reyes to compete with them, and then, logically, the arrival of Leandro Gonzalez Pirez took minutes and space from him,” said Alonso. “He wanted to have more minutes with the team, which was very difficult for us to give him. We also made that decision thinking about him and not being selfish.”

Torres appeared just five times for Inter Miami this season, making four starts and earning 325 minutes. The Panamanian international had played just one minute since the end of the MLS is Back Tournament in July.