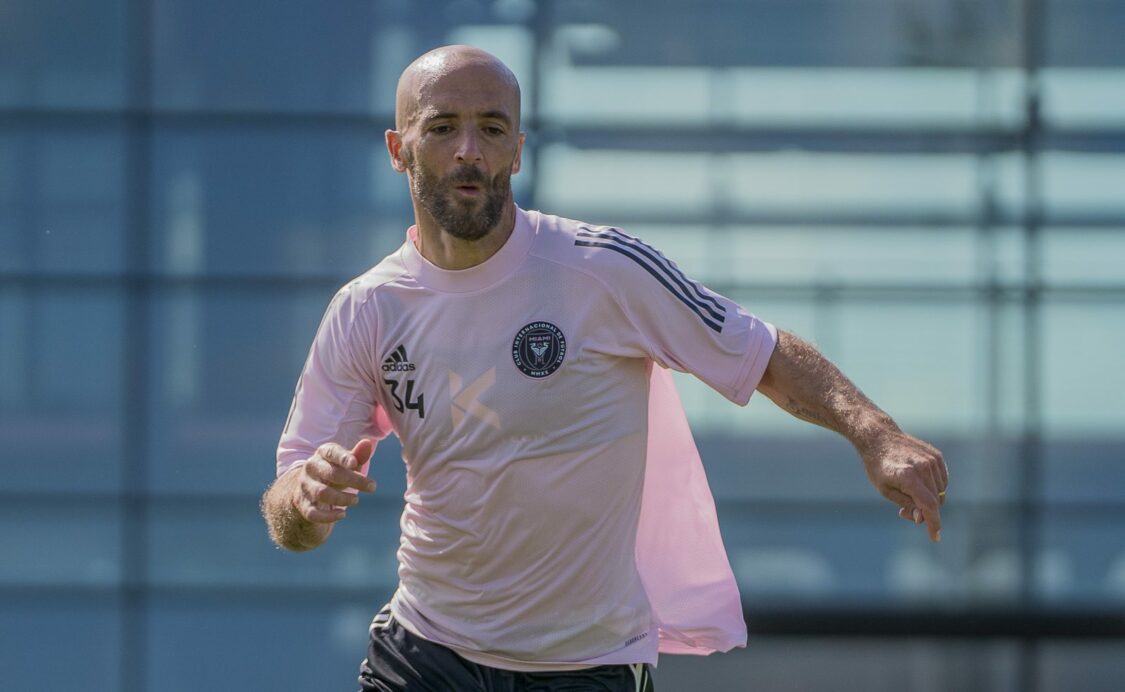 The arrival of Federico Higuain at Inter Miami has not only made for a “dream” family reunion, but it has also given the team the type of player that its inaugural roster has been lacking.

Just in time for the stretch run of the season, too.

Inter Miami acquired Higuain from D.C. United over the weekend, and the playmaker could make his new team debut as early as in Wednesday night’s pivotal home game vs. Atlanta United. Higuain has, of course, joined Inter Miami in large part to be alongside his younger brother — recent signing and team captain Gonzalo — but the addition of the older sibling will give Inter Miami the type of attacking midfielder that it was previously missing.

“He has a characteristic that I like in a No. 10: he has goals,” said head coach Diego Alonso in Spanish on Tuesday. “I don’t like a No. 10 that only gives assists. I like a No. 10 that participates and gives goals to the team, because if you play with a striker and a playmaker that doesn’t have goals then the team lacks in that regard.

“…He can gives us quality, which he has and has demonstrated for a long time here in MLS. He can also give us experience from all the time he has played here, and also some other characteristics that up to this moment the team didn’t have.”

Alonso added that he thinks the 35-year-old Higuain can also play in a variety of other positions. The Uruguayan head coach specifically said that playing as one of two advanced midfielders in an inverted midfield triangle or as a tucked-in winger is also a possibility for the Argentine attacker.

Higuain, for his part, is ready to play wherever he is needed and for however long. The veteran had strictly been used off the bench at D.C. United this season after coming off an ACL injury in 2019 while with the Columbus Crew, but Higuain said Tuesday he is in a good place physically and raring to go.

To say Wednesday’s match is significant for Inter Miami may be an understatement.

Inter Miami has six games remaining on its regular season schedule, and needs to pick up points to ensure it makes the playoffs. The expansion side is currently a single point under the red line in the Eastern Conference, and one of the teams directly above Inter Miami by that solitary point difference is Wednesday’s foe, Atlanta United.

“Without a doubt it’s an important game in terms of the standings,” said Alonso. “I don’t think it’s decisive. Winning doesn’t leave us qualified for the playoffs for the rest of the season, and losing doesn’t eliminate us. I do think we can take a big step forward or we could be left behind and have to keep fighting.

One bit of good news for Inter Miami on the injury front is that Juan Agudelo has returned to team training. Agudelo has been out since Sept. 27 with a right hamstring injury, and could potentially dress and play in Wednesday’s bout against Atlanta United.

The versatile attacker, who has three goals on the season, has missed Inter Miami’s last three matches.