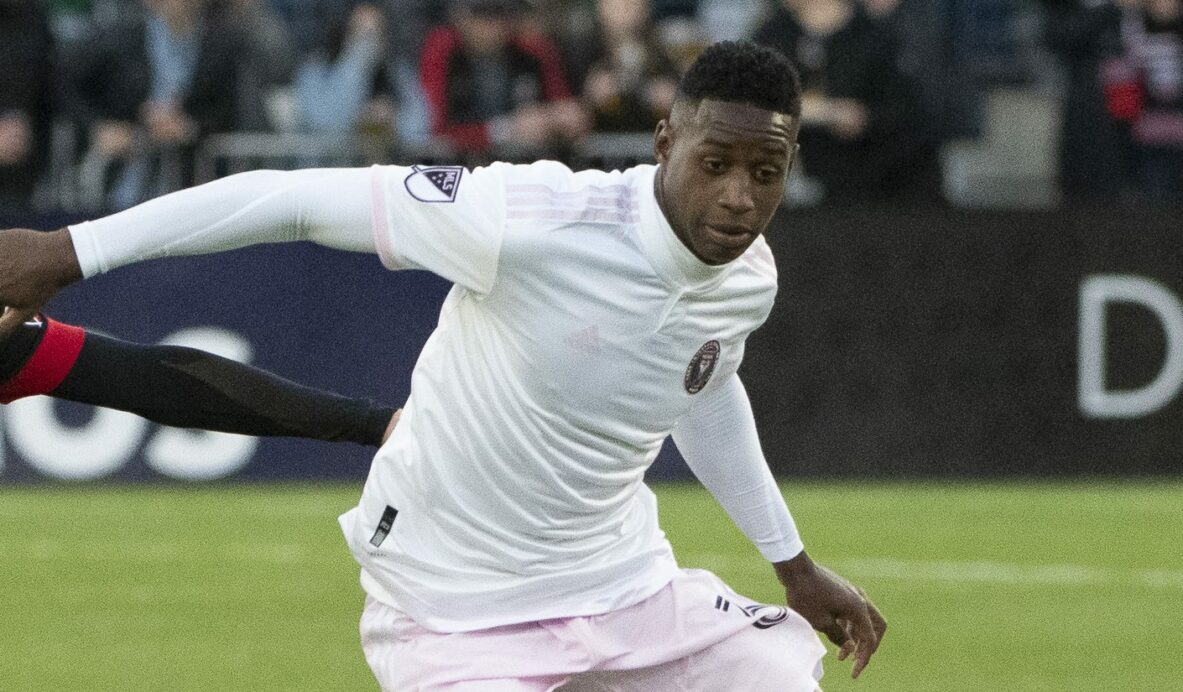 Andres Reyes could not breathe. He had taken a stray elbow to the throat and was gasping for air, struggling mightily to take it in while laying on the field in July. Fast forward a few months and he again found himself in a rough spot, feeling dizzy and bleeding from his face after a collision of heads.

It is safe to say Reyes has not had the easiest of years, but that has not stopped him from enjoying his time with Inter Miami. The team has also been happy with the young centerback, and their temporary marriage could soon become a bit more permanent. Reyes is hoping so anyway.

Inter Miami is heading into the stretch run of the 2020 regular season looking to make the playoffs, and Reyes figures to be an important part in that. The 21-year-old defender just returned to training this week after a month on the sidelines because of a facial injury, and could soon step back into his regular place in the starting lineup.

“I think and know I have a lot more to give,” Reyes told SBI in Spanish this week. “I’m a young player, but I will improve with time and with everything I see and learn. I want to give my 100 percent to this club that has presented me with the opportunity to play and do what I enjoy most.”

There is, admittedly, room for improvement for the soft-spoken Colombian youth international, including in his individual duels with opposing forwards. Reyes has had some issues at the back that have led to goals this season, but he has also had some very positive moments and performances.

Obviously Inter Miami wants more of the latter than the former from him, but inconsistency tends to just be part of life as an up-and-comer and the team remains very high on the Puerta Tejada native.

“The important thing is having the necessary patience and the capacity to be able to endure that and support that player and give him confidence so that he can grow.”

If Reyes can develop further and fine-tune his game to the point that mistakes happen less and less, Inter Miami could have quite the young central defender at its disposal. After all, the starting points are there with Reyes: speed, size, and a soft right foot that helps in the build out and can pass through lines.

Those attributes, along with his humble personality, are some of what attracted Inter Miami to him back during South America’s pre-Olympic tournament back in January. Reyes — who could have easily opted to stay in Colombia with Atletico Nacional given he was getting regular playing time there — was equally as enticed.

“Getting experience abroad was one of the things that motivated me to come,” said Reyes. “I also like challenges, and the overall project of this being a new team that I could join and help make history with was also motivating.”

The 6-foot-1 Reyes has been a regular part of Inter Miami’s inaugural season, starting in each of the 11 matches he has played to date and at times ahead of the since-traded Roman Torres. Reyes would have even more appearances if not for a pair of scary-looking injuries, one to his throat at the MLS is Back Tournament in July and a facial fracture suffered last month.

“Andres has had very bad luck because he’s had very significant injuries that have taken him out of a lot of games this season when perhaps he was one of our best players in those moments,” said Alonso. “He’s lost rhythm because of injuries, which are not muscular ones or … normal ones but odd ones. We need to have the sufficient patience to continue believing in a player with enormous potential.”

Reyes is hoping that proves to be the case. He is currently on a loan that will expire at the end of the year, but wants to stick around. The good news for Reyes is that Inter Miami has an option to sign him on a permanent transfer, and everything up until now — including the fact that Inter Miami could eventually sell him to a European team for a sizable transfer — makes it seem like that will happen.

Yes, there have been mistakes and some injuries, but there have also been plenty of promising glimpses that may just be a small sign of what is to come.

“I want the team to count on me for next year,” said Reyes. “I want to come back to demonstrate and raise my level so that I can make the jump to Europe.”