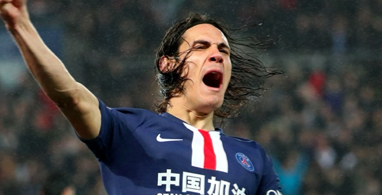 Monday marked the end of the Summer Transfer Window which allowed European sides the final chance to bolster their squads for the first-half of the season.

Manchester United made a trio of moves with striker Edinson Cavani having completed his free transfer to the Red Devils. Left back Alex Telles joined from FC Porto while an agreement was also made with Atalanta for winger Amad Diallo. Diallo will join in January.

Arsenal added grit to its midfield with the reported signing of Thomas Partey from Atletico Madrid. The club also sent Lucas Torreira and Mateo Guendouzi away on respective loans.

Here’s a rundown of all the day’s European Transfers and reports (which will be updated regularly throughout the day:

Arsenal have added a talented midfielder in the form of Atletico Madrid and Ghanaian international Thomas Partey. (REPORT)

Federico Chiesa has made a permanent switch from Serie A side Fiorentina to defending champions Juventus. (REPORT)

Chris Smalling has made a permanent move back to AS Roma from Manchester United after spending last season there on loan. (REPORT)

Manchester United have reached an agreement with Atalanta for 18-year-old winger Amad Diallo, who will join the club in January. (REPORT)

Everton bolstered its defensive options with the signing of Norwich City defender Ben Godfrey on a five-year deal. (REPORT)

Douglas Costa is rejoining Bayern Munich on loan from Juventus for the 2020-21 season. (REPORT)

Bayern Munich added offensive depth with the signing of Eric Maxim Choupo-Moting. He signed a deal with the Bundesliga winners until June 2021. (REPORT)

Barcelona were close to losing Ousmane Dembele to Manchester United, while the club also failed to get a deal over the line for Lyon’s Memphis Depay. (REPORT)

Tiemoue Bakayoko has been loaned out again by Chelsea, this time joining Serie A side Napoli for the season. (REPORT)

Ryan Sessegnon joined Bundesliga side Hoffenheim on loan from Tottenham for the rest of the season. (REPORT)

Arsenal has loaned midfielder Matteo Guendouzi to Hertha Berlin for the rest of the season. (REPORT)

Juan Foyth signed a new deal with Tottenham, but will join La Liga club Villarreal on loan for this season. (REPORT)

Juventus has loaned defender Mattia De Sciglio to Ligue 1 side Lyon for the rest of the season.(REPORT)

Cagliari made an offensive additional on Monday, bringing in Adam Ounas on loan from Napoli. (REPORT)

Ajax saw a familiar face return to the club with Davy Klaassen returning on a permanent deal from Werder Bremen. (REPORT)

Gerard Deulofeu is moving to Udinese on loan for this season from Watford. (REPORT)

Stade Rennes bolstered its attack with the signing of Belgium striker Jeremy Doku from Anderlecht. (REPORT)

Michael Cuisance has been loaned to Ligue 1 side Marseille from Bayern Munich. (REPORT)

Wolverhampton Wanderers have loaned Ruben Vinagre to Greek side Olympiakos for the season. Olympiakos also has an option to buy Vinagre at the conclusion of the loan spell. (REPORT)

Danny Welbeck has left Watford and is in search of a new club. (REPORT)

Former Arsenal player Chris Willock has returned to England from Portuguese side Benfica on a permanent deal. (REPORT)

Swansea City winger Kristoffer Peterson has joined 2. Bundesliga side Fortuna Dusseldorf for over $500,000 plus add-ons. (REPORT)