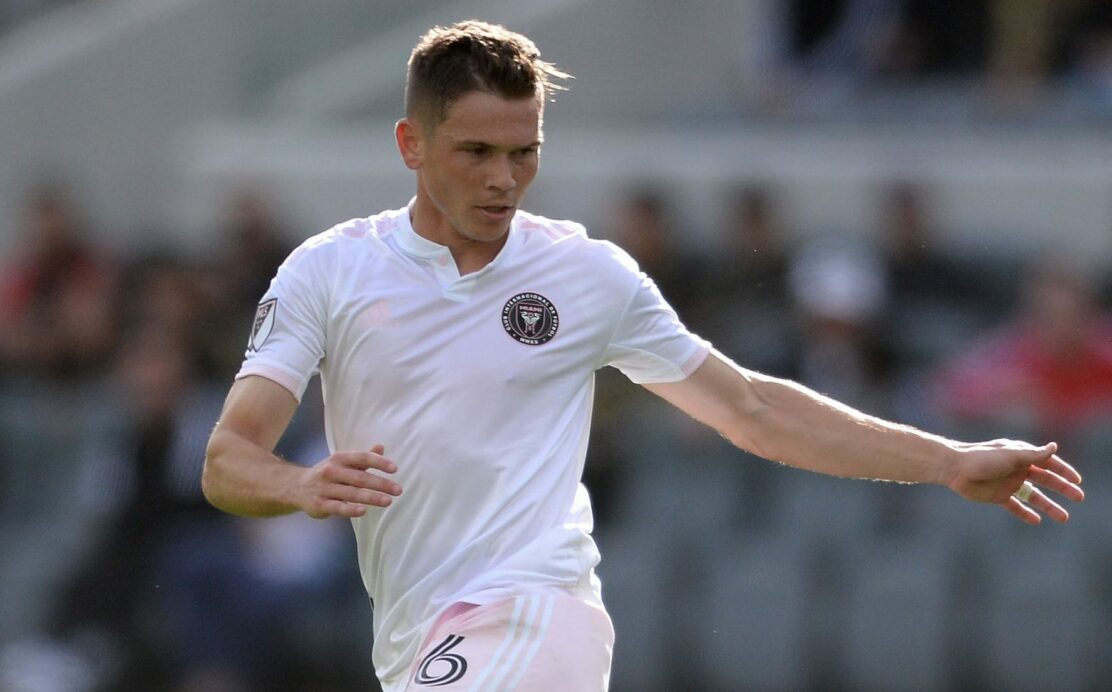 Wil Trapp has been a starter for most of his career. He has also been regularly called up to the U.S. Men’s National Team under Gregg Berhalter, and figures to play a part in World Cup Qualifying whenever that begins.

Playing time is therefore imperative for him, but has been a bit difficult to get at Inter Miami. Up until recently, that is.

Inter Miami is set to square off with the Houston Dynamo on Saturday night, and the match will mark Trapp’s 200th MLS regular season appearance if he plays If, of course, is the key word given that Trapp has only just begun to see the field again as a starter.

He has gotten the nod in the last two matches after serving as a substitute, sometimes an unused one, in the previous seven. That stretch has not made for the easiest of times, but the central midfielder has taken it in stride.

“As a soccer player, you just want to play,” said Trapp on Friday. “You want to be on the field, you want to contribute, you want to help the team and play as much as you possibly can. For me it was, of course, difficult to be on the sidelines not starting the games, but you do your best when you have your minutes that are available and you try to be a good teammate and you work hard every day in training.

“That’s a lesson that’s necessary in a career, I think. You hope that you can play every game. That’s the aim for all of us, but sometimes those situations don’t happen.”

For Trapp, the situation he is in now is vastly different than the one he started the campaign in. He was an every-game starter for Inter Miami in March, also during the MLS is Back Tournament in July, and again in the first two matches of the resumption of the regular season in late August.

Shortly thereafter, however, France national team midfielder Blaise Matuidi joined Inter Miami from Italian power Juventus. Matuidi naturally was going to slot into the lineup in the center of the park, but did so next to Victor Ulloa instead of Trapp.

The 27-year-old Trapp was used sparingly in the weeks and matches that followed, but recent absences and injuries have opened the door for Trapp to start again. This time, next to Matuidi.

“For me, it’s been great to play alongside a guy that has played at the highest level, that has won a World Cup, that has won numerous championships and has a wealth of experience,” said Trapp. “We are starting to form some chemistry and a relationship that will hopefully help us to continue to win games and build into the future.

“He is such an approachable professional. He is just so easy to get along with, easy to play with, and I have really enjoyed it so far.”

Highlighting that dynamic between the two midfielders may just have been the exchange the two had late in Wednesday’s win vs. the New York Red Bulls. Gonzalo Higuain was subbed off in the final moments and removed the armband and handed it to the nearby Trapp, who was visibly ready to place it on Matuidi’s arm.

The Frenchman told Trapp he could keep it, Trapp accepted with a nod, and seconds later the U.S. Men’s National Team player became the third captain in Inter Miami’s brief history after Higuain and Luis Robles.

That good moment on the field has also been accompanied by some better play. Trapp struggled to make an impact as a starter for much of the team’s first seven matches but has looked better in his recent appearances, with his trademark range of accurate passing more on display.

Trapp is likely to get the nod at least once more start during this stretch run, and it could come as soon as Saturday against the Dynamo. Yes, the match might mark his 200th in MLS if he sees the field, but more importantly can give him a chance to make a strong case to be a regular starter once again.

“Obviously one of my best qualities is providing rhythm and tempo for the team,” said Trapp. “I feel that this will be a game where I can hopefully do that in a more expansive role.”