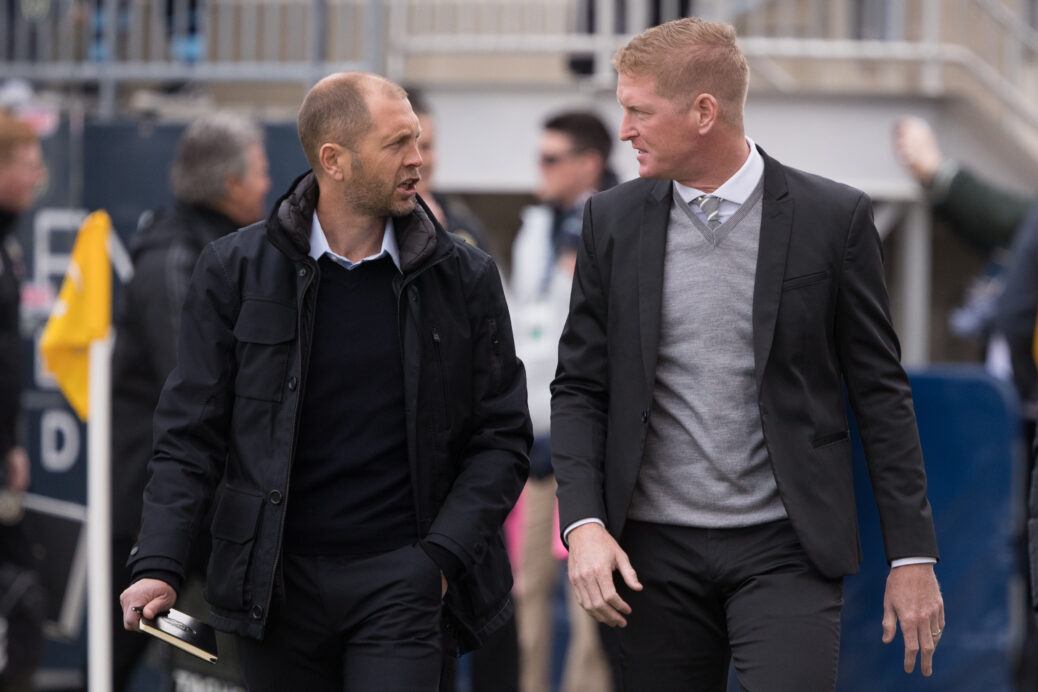 Gregg Berhalter and Jim Curtin used to go toe-to-toe on the sidelines in Chester or Columbus, but now both coaches have taken major steps in their developments on the field.

While Berhalter is nearing the end of his second year in charge of the U.S. Men’s National Team, Curtin is coming off his best regular season yet as head coach of the Philadelphia Union. Curtin helped the Union capture its first trophy in club history on Sunday, clinching the 2020 Supporters’ Shield after a 2-0 win over the New England Revolution.

After coaching against him in MLS, Berhalter has continued to watch Curtin’s work from afar as he now prepares to lead the Union to a deep playoff run.

“I have a lot of respect for Jim Curtin and he’s a guy I’m really fond of,” Berhalter said Monday. “He’s a great coach, a really good human being. I think he’s patient with players. And it’s great to see that get rewarded. I think he’s been a process then you talk about from when he took over to now, it’s great to see them get results from that process because it is something they believed in.”

The Union have become one of the top clubs in MLS over the past few seasons with Sunday marking their best achievement to date. Curtin, who played locally at Bishop McDevitt High School before moving on to Villanova University and MLS, took over as Union head coach in 2014 and has been one of the longest-tenured coaches since.

Curtin has not only led the Union to three U.S. Open Cup Finals appearances, but has seen improved numbers for the club over the past three seasons. The Union now head into the MLS Cup Playoffs as one of the favorites after edging Toronto FC to the Supporters’ Shield, while seeing young American players Brenden Aaronson and Mark McKenzie take center stage.