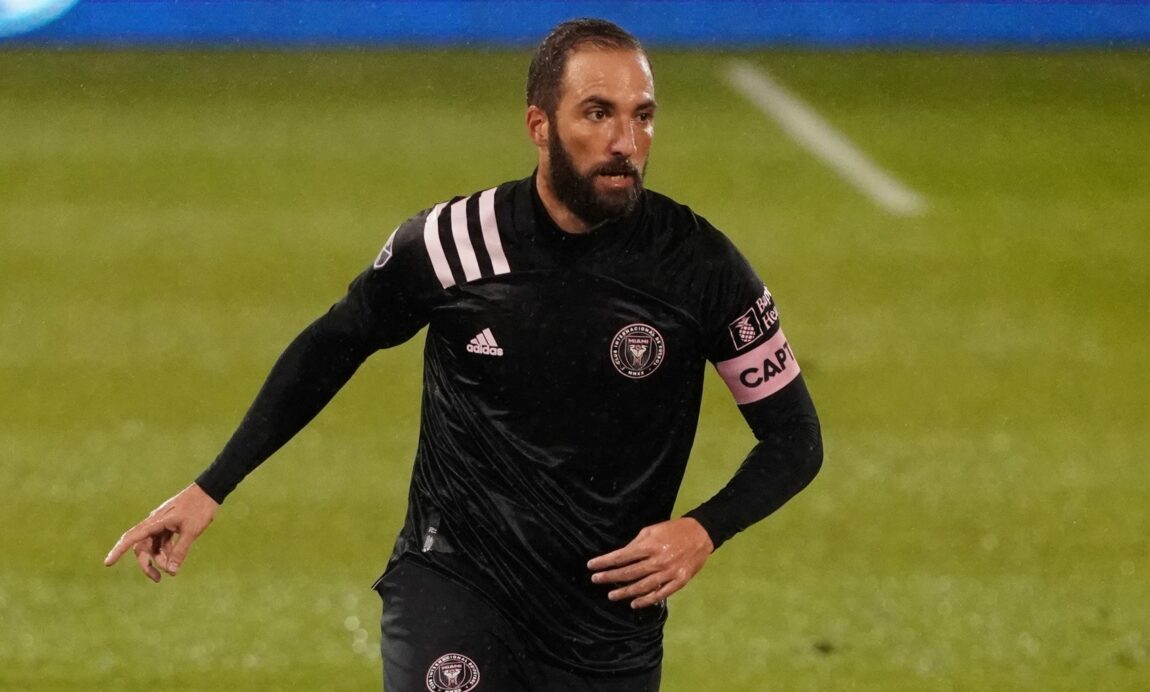 Eight games, a missed penalty, a red card, and one goal. The start to life as an Inter Miami player has clearly not been ideal for Gonzalo Higuain.

That said, this weekend will provide him a chance — albeit a small one — to begin to make people forget about all that.

Inter Miami is heading into its regular season finale still alive in the battle for the playoffs, and Higuain could help the expansion side qualify if he turns in the type of big performance that has thus far largely eluded him. Of course, Inter Miami needs more than just that to reach the postseason given that three other teams are ahead in the standings, but a strong showing from the star striker would still help with the needed first step of picking up three points.

It could also help Higuain start to move past the challenging first chapter in his MLS tenure, one that has been summed up more by his demonstrative displays of exasperation rather than his clinical finishing.

“Personally I am used to always playing at a maximum level, to feel that pressure, to have to demonstrate my skills,” said Higuain in Spanish on Thursday. “Clearly when I cannot help the team or have goal-scoring chances and I cannot score, I do not know if frustration is the exact word but I do feel anger. I get angry with myself when I cannot help the team, be it by giving an assist or scoring a goal.

“I live off that and I have lived all my life off scoring goals, but I also keep calm because I’ve experienced a lot of stages in my career, ones where I could not score and then I had a lot of stages where I scored 30-40 goals a season.”

This. This is pure class. 😍 pic.twitter.com/ZMsZES9c9Y

Inter Miami, which enters Sunday’s home game vs. FC Cincinnati in 12th place in the Eastern Conference, has not really been able to tap into the Argentine’s goal-scoring exploits to this point. Higuain has just one tally in eight appearances, and that came off a stupendous free-kick winner early last month.

From the run of play, Higuain has not found the back of the net yet and has repeatedly cut an irritated figure, one that has been upset at different times with himself, teammates, and officials. The team captain insists, however, that it has all been part of an adaptation period that continues to be a work in progress.

“Clearly, it takes more time with everything being so new, but all clubs and all players take time to adapt. Hopefully it takes as little time as possible.”

Inter Miami is hoping so, especially since the South Florida team is reportedly paying the talented Higuain one of the highest salaries in all of MLS. He was brought on from Italian giant Juventus in September mainly so he could be that type of lethal No. 9 that can score goals in bunches, and the sooner he starts finding the back of the net with some regularity the better for Inter Miami.

That said, Higuain has shown in his first few MLS matches that he can contribute even when he is not scoring consistently. The veteran forward has progressively shown more of his quality, including with his hold-up abilities, combination play, and vision and passing to generate chances for others.

“We keep finding better routes to be able to find goal-scoring situations for him, be it direct situations or indirect situations via combination play with him or other ways that can put him directly in advantageous spots.”

If the goals can finally begin to come as early as Sunday at home vs. FC Cincinnati, Inter Miami’s chances of making the playoffs will receive a significant boost. So too will the odds that Higuain’s first MLS season will be remembered more positively and fondly than it is right now.

“Hopefully we can then make history. I believe no franchise has achieved winning this title in the first year, something which is very difficult, but the dreams are in tact and we are going for them.”