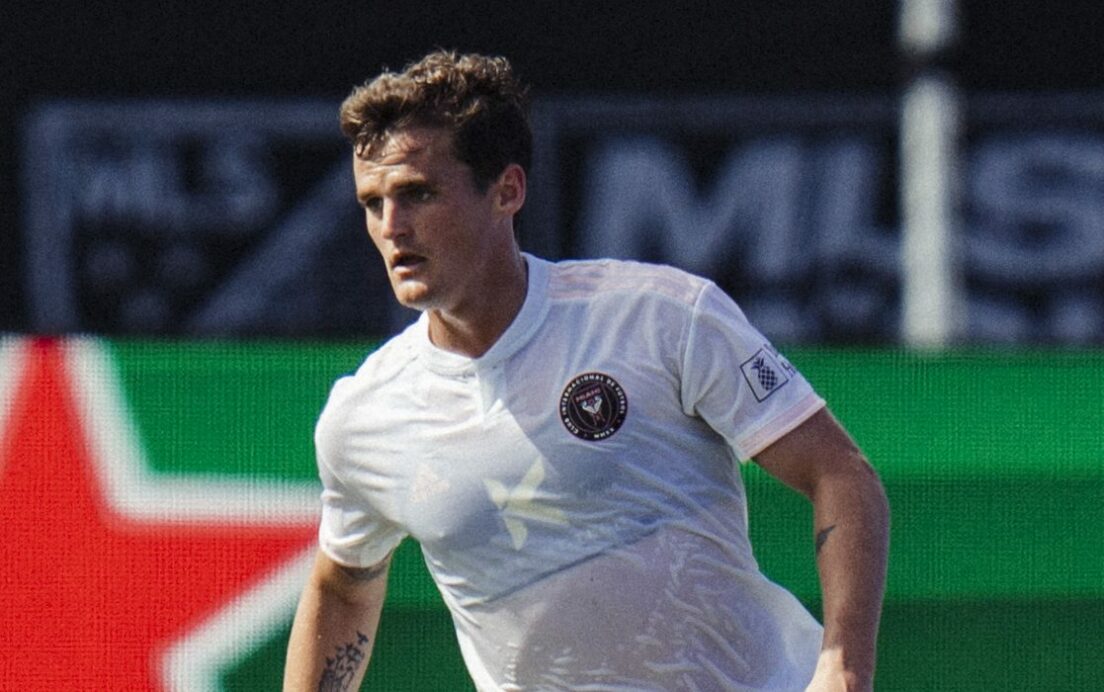 Inter Miami punched its ticket to the playoffs on a stormy final matchday of the 2020 MLS regular season on Sunday, and a surprise protagonist in the team’s decisive 2-1 home win over FC Cincinnati was Ambrose. The seldom-used left back stepped into the starting lineup for the biggest game of the Herons’ expansion campaign in place of injured incumbent Ben Sweat, and turned in a solid outing that included a game-opening golazo in the 19th minute.

“He has been behind Ben Sweat for a long time pushing and working, and today’s goal is a reward for his work and effort,” said head coach Diego Alonso in Spanish. “I think it is based purely and exclusively on his own merit, and we congratulate him for that.”

Ambrose’s half-volley from outside the penalty area will be all the rave with regards to his performance, but the goal is not the only reason he has staked his claim to start. Rather, his ability to avoid the type of defensive mistakes that have plagued Sweat throughout the season is also likely why Alonso will make the back-up the starter vs. Nashville SC on Nov. 20.

Sweat is the more experienced of the two players and gives the team the type of overlapping threat on the left flank with marauding runs and combination play that Ambrose does not. Still, while Sweat might have more soccer in his arsenal, the propensity he has shown this year for making costly errors at the back is not something Inter Miami can afford in a one-off postseason game.

It is why Ambrose could and, frankly, should be in the lineup when the playoffs begin. He is defensively capable and someone whose humble personality is a big plus for team chemistry, as evidenced by how several of his teammates continuously made a point to embrace him as if he were a younger brother following his goal on Sunday.

He is also sure to play with loads of confidence after that stupendous strike, which came in a big game, in a big moment, and in a big way.

“It felt good to score my first goal for the club,” said the soft-spoken Ambrose “I have been working hard all year and my teammates have been supporting me all year, so I am glad I got to get a goal.”

Leandro does it again!

Inter Miami was the better team from the run of play, but where the Herons truly made the difference in the playoff-clinching victory was on set pieces.

Both of the expansion side’s goals were born off of corner kicks from the left, the first of which was cleared into Ambrose’s path for a superb blast before Leandro Gonzalez Pirez nodded the ball home just four minutes later. It helped Inter Miami that FC Cincinnati’s zonal marking was shoddy, though it must be noted that both of the home team’s tallies came off very good finishes.

Combine those two plays with the early Lewis Morgan free kick that Gonzalo Higuain inexplicably put wide of frame after Wil Trapp used his hands to hold the ball down NFL style — use your feet, Wil! — to combat the swirling winds and you can see that several of Inter Miami’s best chances came off dead-ball situations.

That might not be too much of a surprise given the stormy conditions, but it speaks to the kind of improvement on set pieces that the South Florida side has long needed. If Inter Miami can keep bettering them, the team will have another lethal weapon that can be used to help decide the upcoming playoff matches much in the same way that it did on Sunday.

Andres Reyes has immense potential, but his slightly unorthodox style and habit of making clumsy challenges proved costly in yet his latest forgettable performance.

Reyes was the only Inter Miami player to really have a subpar showing vs. FC Cincinnati, struggling a bit with his touches in the early going and then getting sent off late with his second yellow card. It must be noted that Reyes was not entirely to blame on the 88th-minute play that led to his ejection — Trapp hit a poor pass that put the centerback and club in a compromising situation — but his overall defending was not the best in this one.

The young Colombian finished the game with five fouls committed, the most of anyone on the field. Sure, he had some good interventions during the course of the match, but on the whole he seemed to be playing low on confidence throughout and committed some mistakes. His body language after being sent off seemed to really depict that, as Reyes looked to be thinking to himself, ‘Not again.’

Nevertheless, Inter Miami will need him to cut out the errors and rediscover his better form if the team is to put together a postseason run. After all, Reyes is a starter on this squad and has the tools to be a game-changer at the back.

John McCarthy (6.5) — Made all the saves that were asked of him, including one very good parry at the near post in the second half.

A.J. DeLaGarza (6.5) — Was very solid defensively throughout, and had one notable stand-up tackle that killed a promising FC Cincinnati attack.

Andres Reyes (4.5) — Had trouble with his defending and was ejected in a subpar outing that saw him commit a game-high five fouls.

Leandro Gonzalez Pirez (7.5) — Largely solid at the back and contorted his body to produce the decisive headed finish on a corner kick.

Mikey Ambrose (7) — What a way to score a first career goal. His half-volley tally was quality, and his defending was more than acceptable.

Wil Trapp (5.5) — A good tactical performance in front of the back line with some solid passes, but hit one poor ball that led to Reyes’ sending off.

Blaise Matuidi (6.5) — Another very solid display in midfield, with two-way contributions and some effective pressing.

Lewis Morgan (7) — Hit the winning assist and was his usual threatening self down the right, though he should have done better on one look in the first half.

Juan Agudelo (5.5) — Pressed well in advanced positions and combined often when on the ball, but not a whole lot of touches in his first start since September.

Rodolfo Pizarro (5.5) — Put in plenty of defensive work on the left flank while also not showing all that much in the attack.

Gonzalo Higuain (5.5) — Good at connecting passes without being a huge scoring threat in the final third. Also missed an early header that you would expect him to put away.

Julian Carranza (4.5) — Tried to combine after coming on, but didn’t really find the game and committed the turnover that led to FC Cincinnati’s goal.

Victor Ulloa (N/A) — The late substitute helped close things out defensively during his seven minutes on the field.

Alvas Powell (N/A) — Showed some desire and fight on the right in his brief cameo.

Christian Makoun (N/A) — Did not touch the ball once after entering in the dying moments to make up for the loss of the ejected Reyes at the back.

Diego Alonso (6.5) — Got his side to come out on the front foot, did not wait long to start making subs, and saw things out to grab a playoff spot. Still, the team lost a bit of its stranglehold on proceedings in the second half.