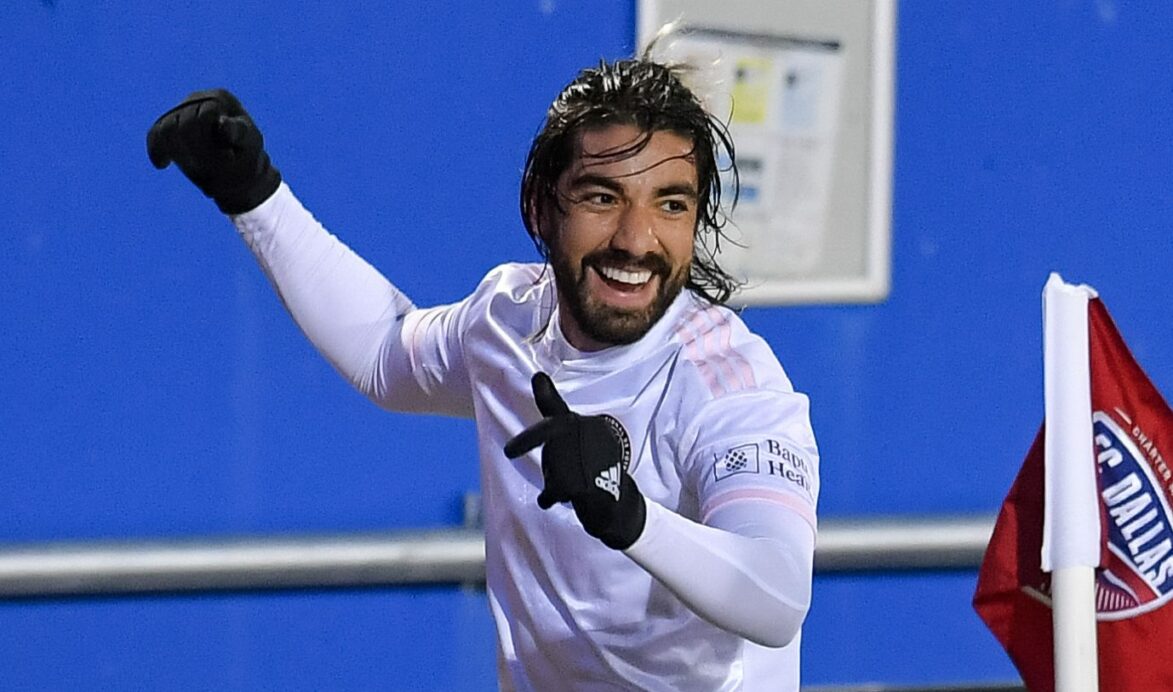 Inter Miami will have star midfielder Rodolfo Pizarro available for its first playoff match after all.

Head coach Diego Alonso confirmed the news on Wednesday morning that Pizarro will be eligible to play in Friday’s postseason opener away to Nashville SC. The talented attacker is returning from international duty with Mexico, but will not have to undergo a quarantine period as was previously stipulated by MLS rules because the league has changed its COVID-19 protocols.

“We have gotten the news that he can participate on Friday,” said Alonso in Spanish. “He is traveling today to Miami and tomorrow he will be able to train with the team and then be able to participate in the game on Friday.”

Pizarro is one of several top MLS players who were in danger of missing playoff matches due to quarantine periods that were required by the league following returns from international duty. An ESPN report on Wednesday revealed plans by MLS, however, to try and have players use charter flights. Taking charter flights instead of commercial flights would help those players avoid having to go through long quarantine periods that would have forced them to miss upcoming playoff matches.

“Ultimately in the biggest games you want all your players available,” said midfielder Wil Trapp. “I think it makes a lot of sense, with protocols being in place and being abided by, that we can allow that to happen. We are very happy to have him available.”

Here are more news and notes from Inter Miami camp:

Pizarro is not the only player that will be back in the mix for Inter Miami’s win-or-go-home match.

Alonso said defender Nicolas Figal and left midfielder Brek Shea are healthy again after being sidelined in recent weeks with varying injuries. Figal had suffered a muscle tear while Shea was dealing with what the team called a foot injury, but they are expected to be good to go for the battle of expansion teams.

“Both are available for Friday,” said Alonso. “It is great news so we are happy to be able to count on them, so long as nothing happens over these next days that would prevent us from doing so.”

Figal is likely to slot into the starting lineup at centerback for Inter Miami, especially with young option Andres Reyes serving a red-card suspension. Shea should give Alonso an option off the bench for the left side of the field.

Ambrose or Sweat at left back?

One position that Alonso will have to mull over a good bit is the left back spot.

The experienced Ben Sweat has manned that position for much of the year, but has been prone to costly mistakes that have led to goals. His backup, Mikey Ambrose, is fresh off a solid, goal-scoring performance vs. FC Cincinnati, giving Alonso plenty to think about in terms of who to start when the playoffs begin.

“Mikey has been behind for a long time, pushing and fighting and pushing and fighting,” said Alonso when asked about the left back situation. “He had a few chances over the course of the season, but he was not able to consolidate himself. I think in the last game he had the opportunity once again, and he took it in a great way.

“For a coach it’s obviously way better to have players like Mikey that push and that give you a permanent option to choose between two players and the characteristics you want to put on the field. Do you want to put a player with more two-way play or more technical skills, or a player who is more defensive or one who defends less but is more positive in the attack?

“It is good for both of them to be able to compete, especially in this moment that is so important.”