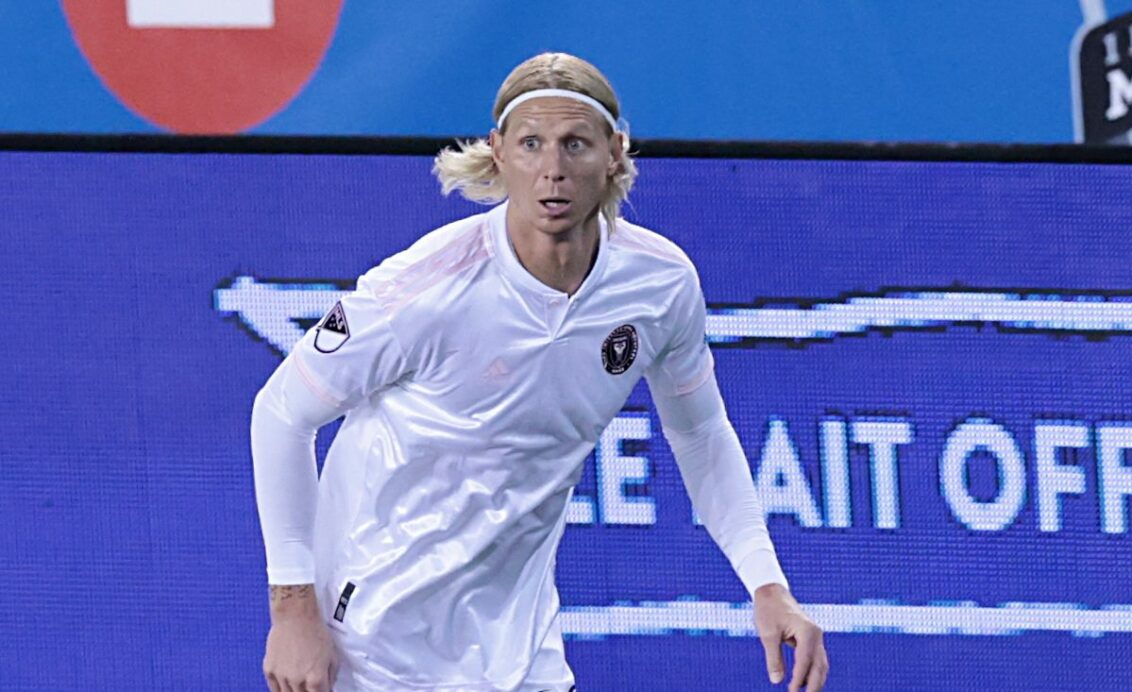 One of Inter Miami’s leading goal-scorers has recovered from an injury suffered in a fairly unusual way. Just in time for the decisive final matchday of the regular season.

Brek Shea is back to 100 percent health again and will be eligible for selection in Sunday’s pivotal home game vs. FC Cincinnati. Shea missed Inter Miami’s last two matches with a reported foot injury, but resumed taking part in full practice sessions this week.

“Brek Shea had an accident at home, which prevented him from being available the last two games,” said head coach Diego Alonso in Spanish on Thursday. “But he is training with us now and is available to play in this next game.”

While it seems unlikely that Shea will start this weekend given his recent layoff, his return is a boost for Inter Miami. The 30-year-old American is currently tied for second in goals scored on the expansion side with four tallies, and provides an option both on the left wing and at left back.

Here are some other Inter Miami notes:

Alonso still not planning to track other results

One thing that Alonso has repeated in recent weeks is that he is not managing matches based on the results of others. That is to say, he is not scoreboard watching during Inter Miami games nor are any of the other members of his coaching staff.

You could not be blamed for thinking that could change on Sunday afternoon given that 12th-placed Inter Miami needs a victory and plenty of outside help to reach the playoffs in the Eastern Conference. Alonso insisted, however, that his approach will remain the same.

Of course, Inter Miami will need to do something that has proven a bit difficult for the team over the course of the year if it wishes to make the postseason: score. Inter Miami is averaging just over a goal per game with 23 tallies in 22 matches, and has been held to one goal or less 16 times this campaign.

“We just need to put the ball in the back of the net,” said winger Lewis Morgan on Thursday. “There’s really no, ‘We can do this. We can do that.’ We need to take the chances that we’re creating. … We definitely have the players that can do that and hopefully that will click on Sunday.”

This is the roster that will be available for our 🇦🇹 Tour!!!!

If Inter Miami makes the playoffs, it seems that the South Florida side will be without a key player for the start of the postseason run. Star midfielder Rodolfo Pizarro has been called up by Mexico’s national team for friendlies later this month, and his release to international duty is required by current FIFA rules.

A similar situation happened last month and Inter Miami wound up losing Pizarro for more than two weeks. The same may happen again here, though Alonso is not concentrating on that too much right now.

“We will focus first on having him help us to win the game on Sunday so as to make the playoffs,” said Alonso. “Then we will see how we resolve what comes after.”