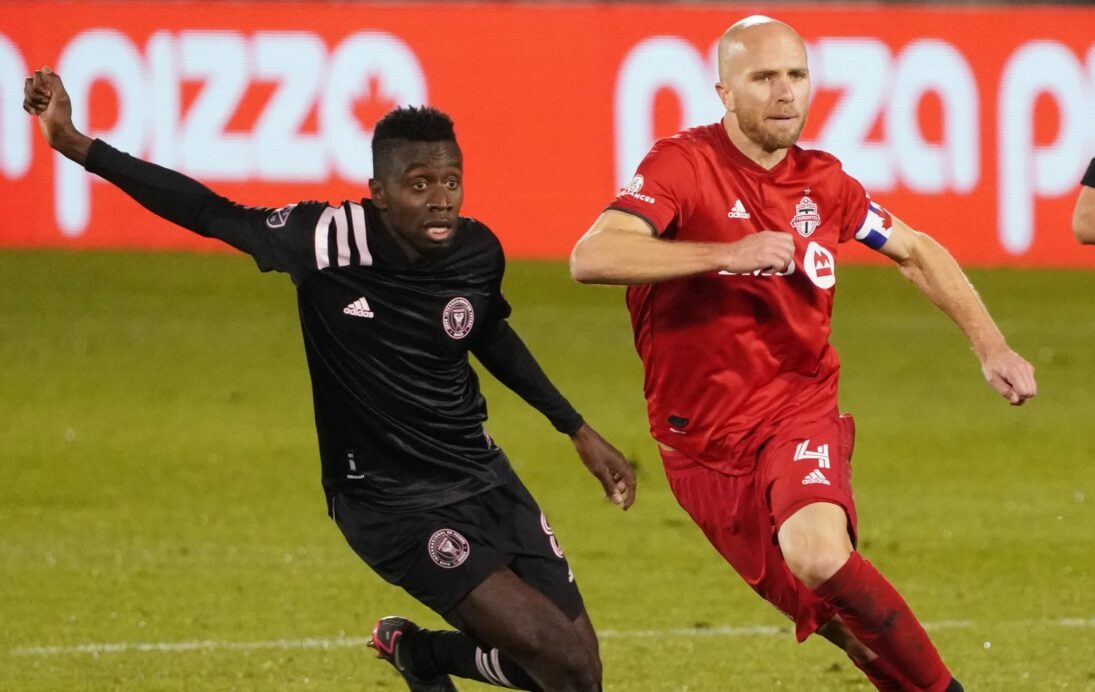 Inter Miami is still alive but — as the common soccer saying in Spanish goes — it is time to bring out the calculators.

The expansion side’s playoff dreams were dealt a major blow on Sunday night via a 2-1 loss to Toronto FC in the penultimate match of the regular season. Inter Miami is now no longer in control of its own destiny, as the narrow road defeat left the team outside of the postseason picture heading into next weekend’s final round of games.

That means Inter Miami needs help from others to avoid being one of the four squads in the Eastern Conference that fail to reach the playoffs, which, again, means it is time to bring out the calculators because there is math to do to see exactly which scenarios would put Inter Miami above the red line on Matchday 23.

“The errors we have had during the season have not allowed us to be much better and in a position to qualify outright given how well the team has played,” said head coach Diego Alonso in Spanish. “I think the most clear example is today. After putting together a great game with three key absences and with the players filling in doing a great job, the team ends up losing a game that we clearly deserved to win.”

For Alonso, familiar individual mistakes were the reason Inter Miami could not hold onto a first-half lead for the second straight game. The team fell by the same 2-1 scoreline that it suffered in last Wednesday’s road defeat to FC Dallas, which played out similarly to this showdown against Toronto FC.

Like in the midweek affair, Inter Miami jumped out in front in the first half before conceding twice, including on a penalty, after the break. Central midfielder Blaise Matuidi initially provided the goods vs. Toronto FC with his first MLS goal, but Alvas Powell got outmuscled by Ayo Akinola on the 55th-minute equalizer and Ben Sweat was whistled for a questionable foul in the box for kicking out at Richie Laryea in the dying minutes.

“I think we had the possibility to win in the last two games, especially today because I really think the team played well in a difficult match,” said Alonso. “We had the chances to win the game or at a minimum tie it because we were deserving from the run of play against two grand opponents in two away games, but the errors have brought us to this position that we are in.”

Added Matuidi through a French translator: “It is a matter of staying focused and keep our concentration. We have to keep telling ourselves that the game is 90 minutes.”

. @10LewisMorgan sets the table, @MATUIDIBlaise puts the cherry on the cake. #InterMiamiCF takes the lead with Matuidi's first goal for the club! 💪 pic.twitter.com/LxCBqncq8K

Inter Miami may have focused on the individual defensive blunders in this one and how they overshadowed an otherwise solid display from a depleted back line missing three starters, but the team also struggled with the ball. The South Florida side had just two shots on target and 41 percent possession, numbers that contributed to the 13th loss of the year and the 16th game scoring one goal or less.

Regardless, Inter Miami now trails the Montreal Impact, Chicago Fire, and Atlanta United in the standings going into the final matchday. Two playoff spots remain up for grabs, but Inter Miami needs to beat last-placed FC Cincinnati in order to have a shot at getting out of this complicated situation.

That and get other necessary results that can tilt the math and numbers in Inter Miami’s favor.

“There is a lot of frustration, a lot disappointment, but we also know that it is still manageable,” said Matuidi. “We have to just get on to the next match. We know that we can can still qualify and we have to win this next one for that. We will do what we have to go get that final win next weekend and hope that everything falls into place for us.”