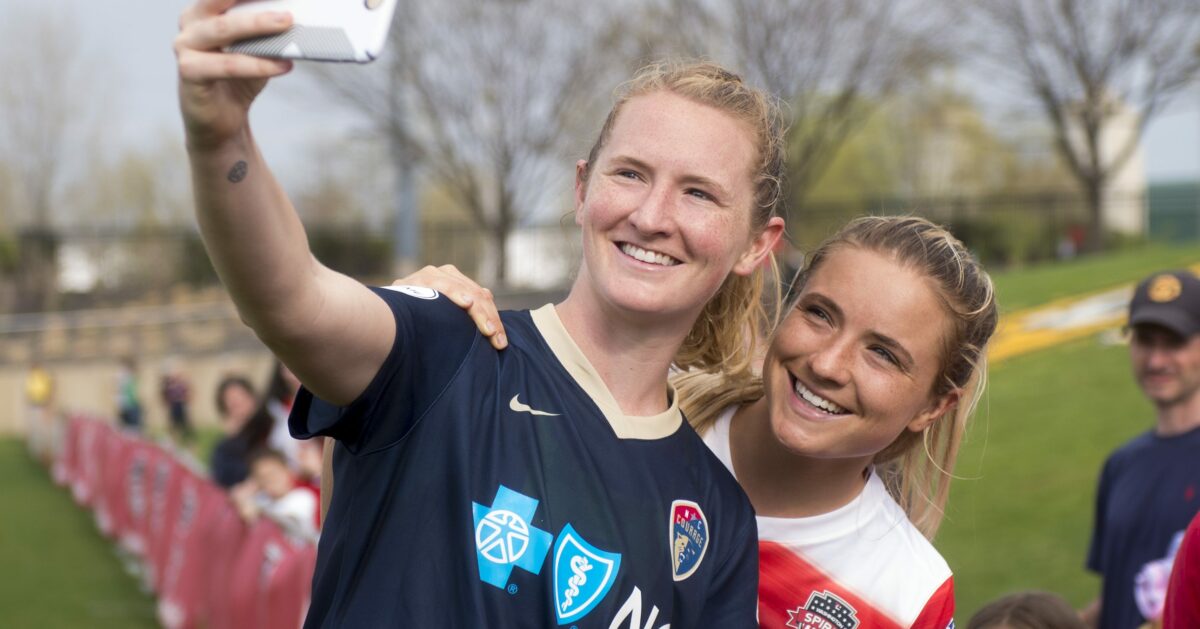 After six years apart, the Mewis sisters are back together again.

Sam and Kristie Mewis, both midfielders, have only played on the U.S. Women’s National Team together twice and both were back in the 2014 Algarve Cup. But with Kristie coming off a dynamite season in the NWSL and Sam’s prowess at Manchester City, USWNT head coach Vlatko Andonovski felt the time was right for a family reunion and called them both into the squad to face the Netherlands on Friday.

Since that 2014 tournament, the two sisters have gone on to have two very different careers. Kristie hasn’t been back with the USWNT since and she’s bounced around the NWSL while fighting injuries and an uncertain position on the pitch. Sam, meanwhile, has established herself as an elite box-to-box midfielder and has gone on to become an international star with USWNT, in the NWSL, and with Manchester City in the WSL.

The familial bond never left, however and it even helped both players get to where they are today.

“Growing up, Kristie had a huge impact on me and my development and always kind of paved the way for me and what I could see myself doing,” Sam said about Kristie. “She obviously made the national team first and got caps first and I think that kind of showed me that that was possible was a big and important part of like me and my development in my career. And just to see her over the past couple of years.”

While Sam’s career was taking off, Kristie’s struggled to get going for a number of reasons. Her coaches couldn’t seem to make up their minds on where they wanted to play her. She bounced around from playing as an attacking winger to a marauding full back to a central midfielder and nothing seemed to stick. Then, in 2018, she tore her ACL and missed most of the NWSL season.

That injury helped her commit to her training and physical health and it made Sam learn a lot about her sister’s commitment to the game.

“Just to see her over the past couple of years, have her knee injury and then come back to really great form this past this past year and even the year before,” Sam said. “To just see her go through that adversity and then come back and play so well, and prove that she’s a really valuable player for both Houston and hopefully now here for the national team. I’m just really excited for her and I know that she has worked so hard for this so I’m excited about the possibility of playing with her again”

Kristie came back into the USWNT fold because she truly made the most of the bizarre 2020 season. She helped lead the Houston Dash to the NWSL Challenge Cup title and ended up leading the NWSL Fall Series in assists. Her younger sister, meanwhile, started a trend by signing with Manchester City, leading four other USWNT stars to hop across the pond to play in England this winter.

Now the two could have that chance to share the pitch while playing for their country once again. It’s an experience that the two would cherish forever after having gone six years without being teammates.

“I think having someone that you’re so close with that’s in your family that can share those moments with you is just really special and it’s brought us closer in a whole different way than I think anything else could have,” Sam said. “So it’s been just so great having her here I’m really happy for her and excited to hopefully have more chances to play together.”