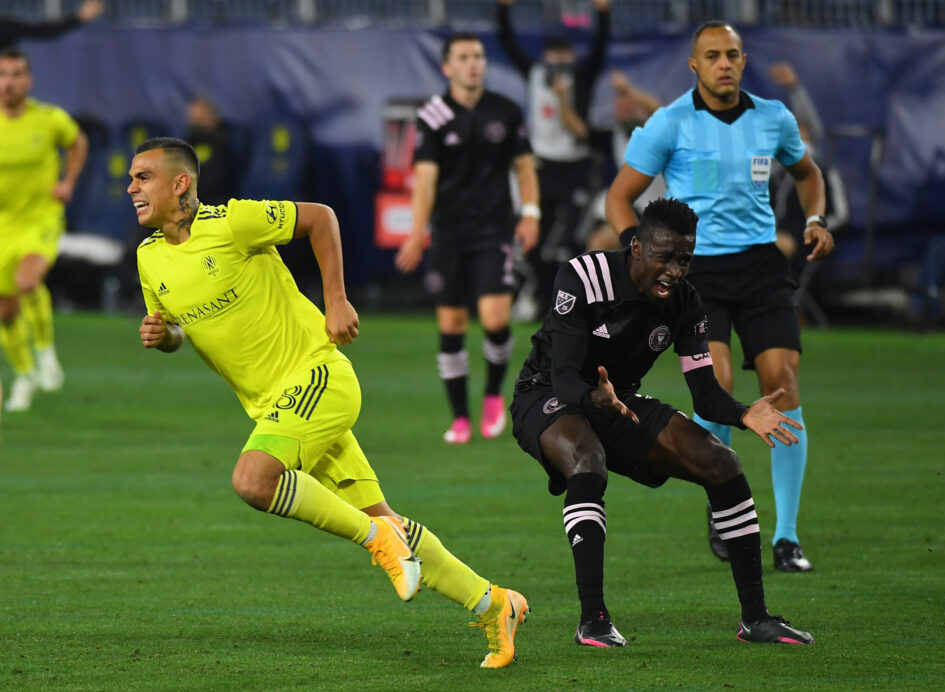 Nashville SC may be known as a defensive side, but the team looked more like an attacking power on Friday.

Three different players found the back of the net as Nashville SC cruised past Inter Miami in the play-in round of the MLS Playoffs. Randall Leal, Hany Mukhtar, and Dax McCarty each scored in the battle of expansion sides, giving Nashville SC a convincing 3-0 home victory at Nissan Stadium.

Leal and Mukhtar netted 10 minutes apart in the opening half vs. an Inter Miami side that was missing Gonzalo Higuain and Leandro Gonzalez Pirez due to positive COVID-19 tests. Leal scored off a long-range bomb in the 14th minute, and Mukhtar converted on a penalty kick after earning a questionable call.

McCarty punctuated Nashville SC’s triumph in the 57th minute, sending a shot home from outside the 18-yard box.

Nashville SC will now face Toronto FC in the next round of the postseason on Tuesday, while Inter Miami heads into an offseason of introspection.

Dax McCarty. The central midfielder not only helped Nashville SC boss Inter Miami in the decisive first half, but also got a goal to his name with his splendid take from distance.

Emphatic opener. Leal gave Nashville SC a dream start after just 14 minutes, taking advantage of the space allowed by dribbling forward and unleashing a ferocious shot that served as a sign of things to come.

While practically no one on Inter Miami had a good showing, veteran midfielder and captain Blaise Matuidi was partially to blame for two of the three goals by not putting in enough effort to track back and apply pressure on the dribblers.