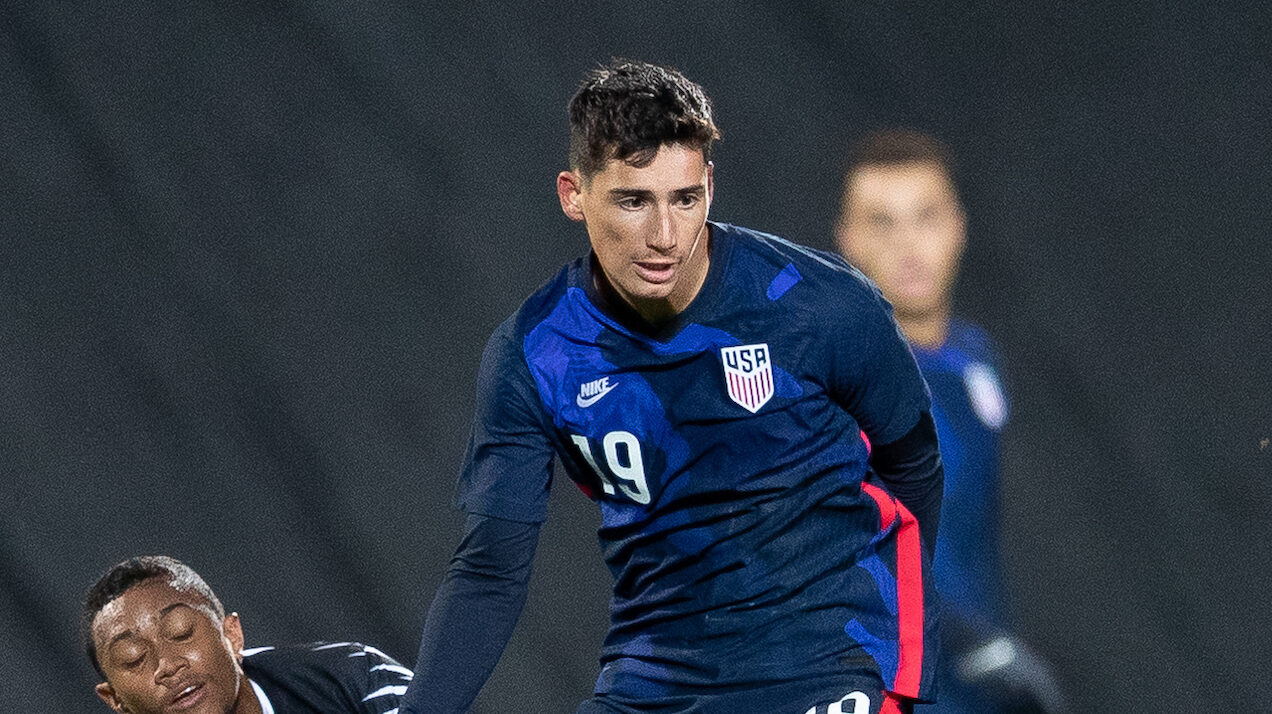 Sebastian Soto was one of several players to make their senior debuts for the U.S. Men’s National Team in November and the young striker did not disappoint in limited time of a friendly win.

Soto played the final 13 minutes of the USMNT’s 6-2 victory over Concacaf rivals Panama on Monday, scoring his first two senior goals in the process. Despite not getting start at striker, the Norwich City loanee made the most of time on the field in Austria and ended his first senior camp in style.

“I looked at the clock and thought it was just enough to score a goal,” Soto said in an interview with NoordHolland. The fact that it became two also exceeded my expectations.”

“It was certainly a dream to make my debut and score,” said Soto. “I’ve worked for that from a very young age. But it’s crazy how my brain works. When I have made a goal, I immediately focus on the next.”

Soto was an unused substitute in a scoreless draw with Wales earlier in camp, but got his first taste of senior action against an opponent he is likely to see more of down the road. After making the move to Norwich City this summer, the 20-year-old has impressed on loan with Dutch second tier club Telstar, scoring five goals in his first eight appearances.

He returned to action with Telstar on Thursday, playing 80 minutes in a 2-0 win over FC Dordrecht. Even though he got to relish his first senior camp with the USMNT, Soto did make sure to keep tabs on his club who unfortunately lost to both Go Ahead Eagles and NAC Breda in league play.

“I tried to find a stream from Telstar – NAC on Saturday evening, unfortunately that didn’t work,” Soto said. “I sat updating live scores all the time to get something out of it.”

Soto’s next opportunity to represent the USMNT will likely be in March, the next international fixture window that will involve European-based players.