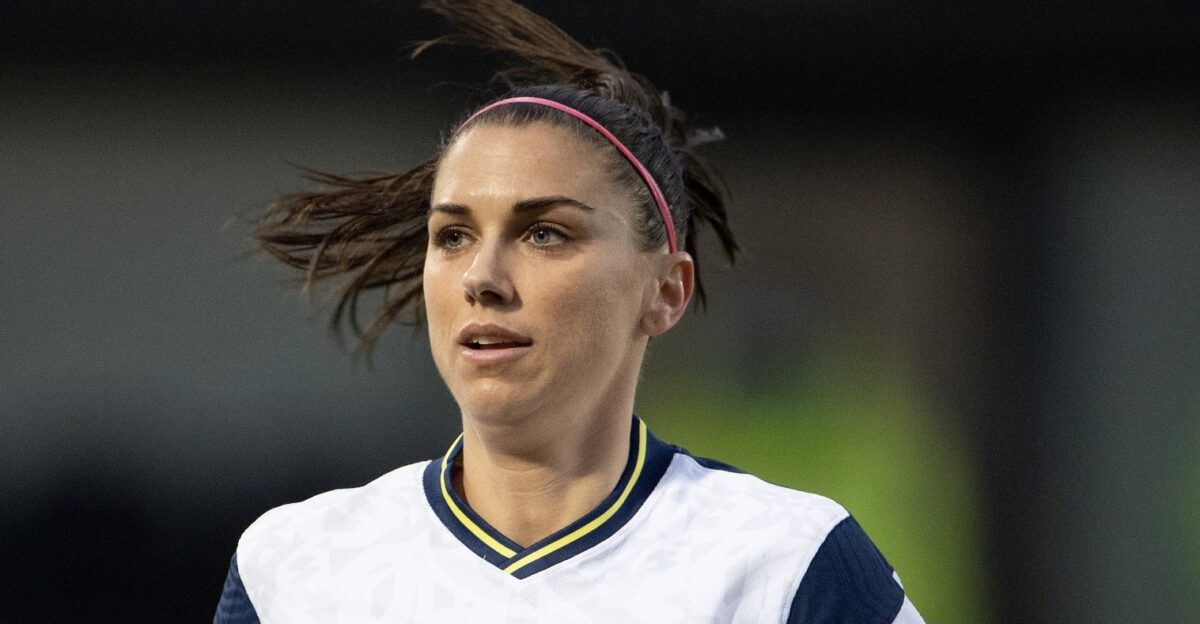 Alex Morgan has made a positive impression with Women’s Super League side Tottenham in her limited time, but will now head back to the NWSL ahead of the new 2021 season.

Tottenham announced Monday that Morgan will re-join the Orlando Pride after featuring in five games for the London-based club. Morgan  originally joined Tottenham on a short-term deal, but will aim to help the Pride to an NWSL title this season.

“We were delighted at the start of the season when Alex chose us as her Club to help regain fitness and take her first steps back into competitive football after giving birth earlier this year,” Tottenham head of Women’s Football Heather Cowan said.

“It has been a pleasure to have Alex with us during this period and the whole squad has taken a lot from working every day with someone at the top of the women’s game.”

Morgan, who had been out of competitive action since May following the birth of her child, made five appearances for Tottenham in the first half of the WSL season. The USWNT veteran scored two goals and recently helped Tottenham to back-to-back league victories before the season went into a short holiday break.

The 31-year-old has scored 14 goals in 38 career appearances for the Pride since joining the club in 2017. Morgan will also figure to remain in the USWNT plans in 2021, with a busy schedule around the corner.

“I will be forever grateful to the Club, my team-mates and Spurs supporters for taking such good care of me and my family,” Morgan said.

“From the moment I arrived in London, I realised I was part of a first-class organisation, one that helped provide me the opportunity to immerse myself back into the game I love.