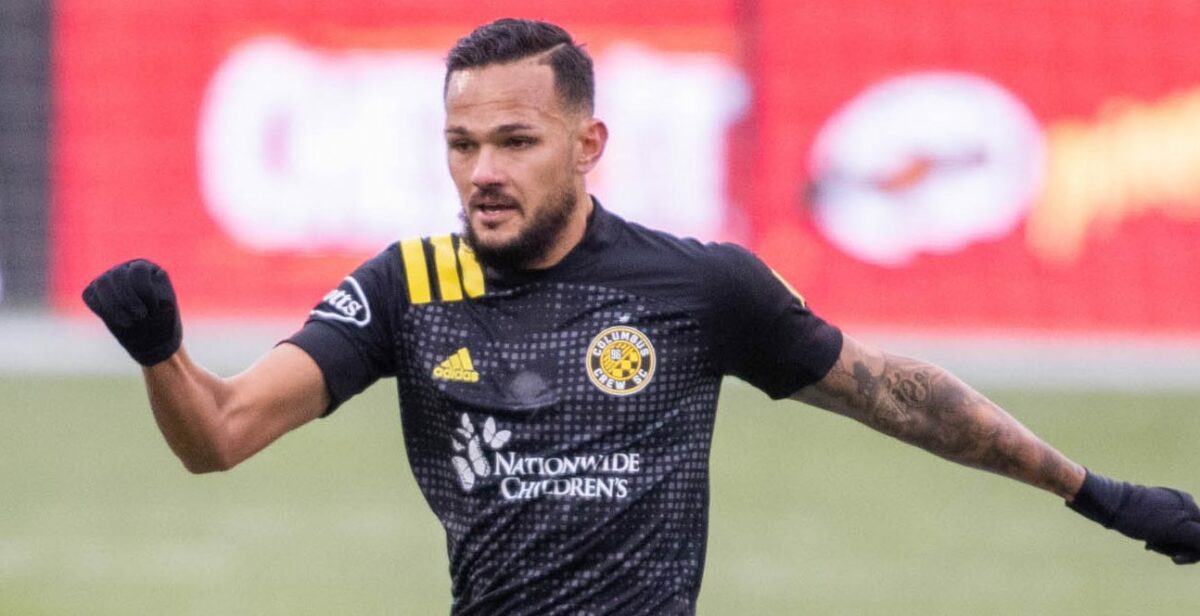 The Columbus Crew started slow at Mafpre Stadium in Sunday’s Eastern Conference Final, but found their groove to book a spot in Saturday’s MLS Cup Final.

Artur delivered his fourth career MLS goal, which proved to be the winner as Caleb Porter’s side edged the New England Revolution 1-0.

Lucas Zelarayan’s cross into the box was received by Jonathan Mensah and the veteran centerback laid off a pass for the surging Artur. The midfielder placed a shot into the bottom-right corner past a diving Matt Turner in the 59th minute for the lone goal of the match.

Turner was the busier of the two keepers in the match, making five first-half saves on the Crew’s chances. He repelled Darlington Nagbe’s early effort while his best effort came on Pedro Santos’ long-range shot.

Not long after Artur broke the deadlock for Columbus, Zelarayan came close to doubling the Crew’s lead. The Argentine’s long-range effort rattled the right post and looked to have Turner beat.

New England made several changes late in the half to earn an equalizer, but couldn’t force extra time. Gustavo Bou was denied by Tarbell at the near post in stoppage time while Matt Polster’s last-gasp attempt was gathered cleanly by the veteran goalkeeper.

Columbus will now host next week’s MLS Cup Final and will face either the Seattle Sounders or Minnesota United.

Jonathan Mensah not only assisted on the winning goal for the Crew, but was strong once again in the backline. He made seven clearances and was a major threat in the air defensively to help silence and in-form Revs attack.

Artur’s winning goal was a beautiful team goal, with Lucas Zelarayan delivering the ball into the box, and Mensah delivering the perfect lay-off pass to the Brazilian midfielder.

Gustavo Bou didn’t offer anything offensively for the Revs and had to put in more work defensively than presumably expected.