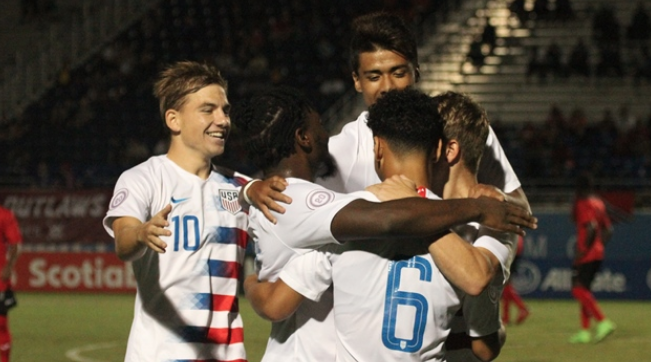 COVID-19 has not only impacted several worldwide soccer competitions in 2020, but has also forced recent changes in the 2021 schedule as well.

FIFA announced Thursday that due to COVID-19, the 2021 editions of the Men’s FIFA U-20 World Cup and FIFA U-17 World Cup have been cancelled. In addition, Indonesia and Peru, who were due to host the respective tournaments next year, will become hosts for the 2023 editions.

“FIFA would like to express its gratitude to the host member associations, as well as the authorities in Indonesia and Peru, for their commitment and the tournament preparations made so far,” a federation statement read. “FIFA looks forward to continuing to work closely together with the host countries to organize successful tournaments.”

Only six teams had clinched spots into the 2021 U-20 World Cup, with five of those coming from Europe. As for the U.S. U-20 Men’s National Team, it had not even begun qualifying for that tournament and will now focus on rebuilding and focusing for the 2023 edition.

In the 2019 edition of the tournament, the Americans finished as quarterfinalists of the competition for the third consecutive time. Several of those players have continue to rise through the U.S. Soccer ranks including Sergino Dest, Tim Weah, Chris Richards, and Richie Ledezma.

The 2021 U-17 World Cup did not have any teams outside of hosts Peru, clinch a spot due to the qualification process being put on hold due to COVID-19. The United States remains without a head coach heading into 2021 and was eliminated in the group stage of the 2019 edition after failing to win any of its matches.