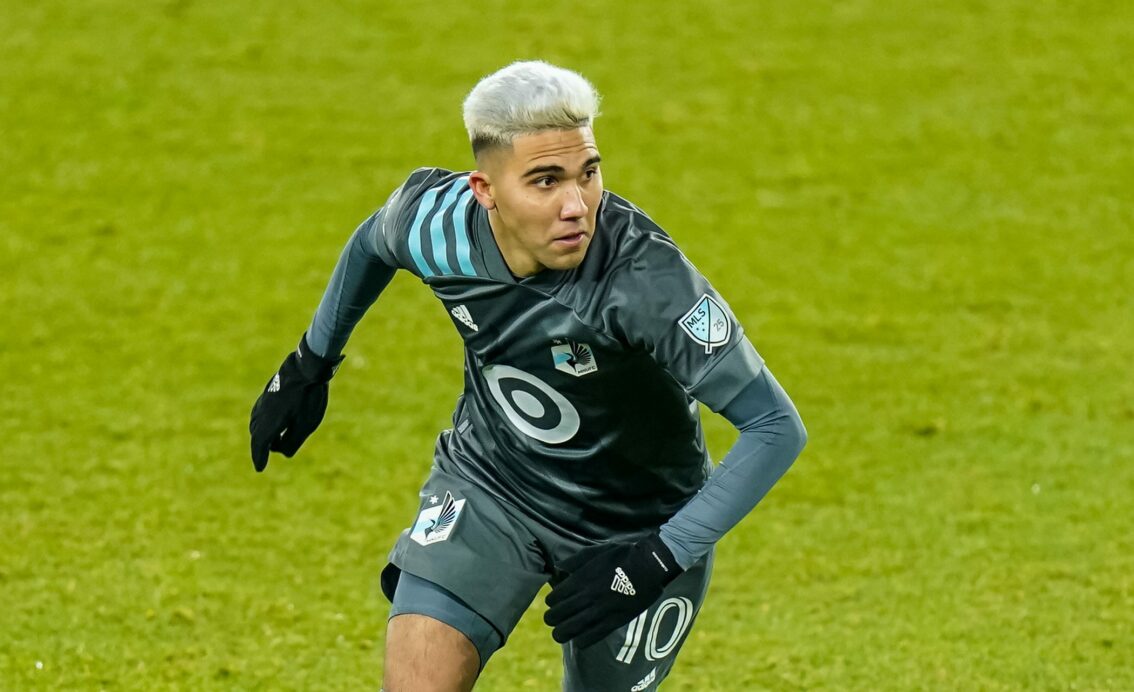 Minnesota United just picked up an unprecedented win, and that is in large part thanks to a record-setting performance from one of the breakout stars of these MLS Playoffs.

Minnesota United defeated Sporting Kansas City for the first time ever on Thursday night, and one of the key protagonists in the convincing road win in the Western Conference semifinals bout was Emanuel ‘Bebelo’ Reynoso. The Argentine playmaker helped lead the way in the 3-0 victory by delivering a hat-trick of assists that pushed the Loons to within a game of the MLS Cup Final while also extending his impressive run of form since joining the team in September.

In fact, Reynoso’s stellar showing saw him do something no other Major League Soccer player has ever done: record three helpers in back-to-back postseason matches — an achievement that only served to further strengthen the Loons’ immense belief in him.

“He is a top-drawer player and a top-drawer guy and I thank the ownership for that because he was an awful lot of money for us,” said Minnesota United head coach Adrian Heath. “But they trusted our faith and the choice that we were making, and I would like to think that now they are starting to see the quality that we were always convinced that we were going to get.”

It's Kevin Molino for his 12th @MLS goal of the season. 🔥🔥 #MLSCupPlayoffs pic.twitter.com/3QZShLaV1r

Reynoso was impressive on Thursday at Children’s Mercy Park in Kansas City, Kansas, particularly with his ability to get teammates involved in the first half. He repeatedly put them in dangerous positions in the final third, finding their runs before delivering quality balls that allowed for good looks on goal.

The attacking midfielder’s first and final assists in the 27th and 39th minutes against the No. 1 seed exemplified that. He played a nice pass into space on Kevin Molino’s opener and then delivered quality service on a corner that saw Bakaye Dibassy nod the ball home to give Minnesota United an emphatic 3-0 lead before halftime.

“He has elevated everybody else’s play around him,” said Heath of Reynoso, who has assisted on 10 of the Loons’ last 12 goals.

It was the second helper vs. Sporting KC, though, that really showed how good Reynoso can be. In the 35th minute, he played a precise 1-2 pass in a tight spot between a pair of defenders on the right before lifting a delicately-lobbed ball to a wide open Molino for an acrobatic finish.

The weight on the assist may have been noteworthy, but you would have been hard-pressed to ignore the vision and technique Reynoso displayed in dishing out that type of pass on a one-timed effort.

Remember the first time you dipped pizza into ranch dressing?

This goal will give you the same feeling… pic.twitter.com/WyPPONEiMk

Even so, there was another aspect of Reynoso’s game that Heath focused on and gushed over after the match that moved the Loons to 1-7 in all-time meetings vs. Sporting KC.

“Them playmaker-type players, sometimes the work rate is not quite there, (but) this guy defends from the front,” said Heath. “I do not think it is a coincidence that we have had a few cleansheets because that is where we have started to defend from and made it difficult, and I think that is what happened tonight.

“You saw that second half, they were trying to play little balls forward and Rey and Robin (Lod) were in really good spots and determined not to give people easy balls to get into the next area of the field.”

Heath also stated that Reynoso’s addition to the Loons’ locker room has been significant because the 25-year-old attacker is a “diamond of a guy” and “incredibly popular.” Still, it is Reynoso’s production in the final third that is really turning heads right now and what Minnesota United could certainly use more of to top the mighty Seattle Sounders in the next round.

The Loons are confident their rising star can deliver again, though.

“I said this the other day, we were never in any doubt about his ability,” said Heath. “That is why we never wavered (in trying to sign him). He was our guy and we were not going to move on, and, to be fair to the kid, he wanted to come.

“We spoke a few times and it looked like a couple of times it was not going to happen, and I told him to be patient, ‘This will happen,’ and eventually we got it done. We are pleased with that.”