LAFC confident ahead of “big challenge” vs. Club America in CCL semis

LAFC is one step from becoming the fourth MLS team to reach the Concacaf Champions League and two from making history.

Standing in the way of all that, however, is one of Mexico’s most storied, talented, and richest clubs — an opponent that is set to present a “big challenge” to a confident LAFC side aiming for glory.

The Concacaf Champions League semifinals are set to take place on Saturday with a pair of one-off matches, including a mouthwatering fixture between LAFC and Club America in the night cap. The Black and Gold enters the game at Exploria Stadium in Orlando, Florida, as Major League Soccer’s final hope in 2020 of breaking its trophy-less drought in the tournament, but a tough task in a game that is sure to be intense from the first whistle on awaits.

“What matters most is when the game starts, which team is sharper, which team is faster, which team takes the initiative. We want to be that team,” said LAFC head coach Bob Bradley on Friday. “To do it against Club America is a big challenge because they are good and they have some really top players, but the different storylines do not matter when the game starts because the ability to get control comes from players that are really ready for the moment.”

LAFC heads into the semifinals bout after coming from behind to defeat Cruz Azul, 2-1, in the quarterfinals this past Wednesday. That victory followed a nine-month competition hiatus because of COVID-19, but the Black and Gold also took out another top Liga MX side in Club Leon prior to that.

Clearly, Bradley’s men are no strangers to knocking off talented Mexican opposition, but Club America will nonetheless pose quite the test on short rest with the attacking likes of Sebastian Cordova and Roger Martinez.

“They have some really good players,” said Bradley. “I think they break quickly. You see the way as they move forward, Cordova joins in, Roger Martinez, (Federico) Viñas, their ability to take balls on the move, get into goal-scoring positions.

“Defensively they are smart, they pick their moments to go and try to win the ball. When you play through them, they do a really good job of recovering and clogging the middle of the field so good qualities. It shows that they are well-coached by Miguel Herrera.”

Of course, LAFC also has its share of players capable of making a difference in the final third. The most notable is Mexican winger Carlos Vela given his quality and ties to the Liga MX players and teams, and Bradley said Friday that Vela has “set a fantastic tone for everybody” and has “extra motivation” for this one.

Diego Rossi and quarterfinals hero Kwadwo ‘Mahala’ Opoku are some others that could make an impact, too, especially against a Club America side that did not look all that convincing in the midweek 1-0 loss to Atlanta United in the second leg of their quarterfinal series.

“We also have a front line that is very scary,” said LAFC centerback Jesus Murillo in Spanish. “We know we can hurt them from any area so we are calm. We trust in our forwards and every one of our players. We know it is going to be an open game in which there will be a lot of opportunities, so it is about being concentrated and continuing to believe in our playing philosophy and what we have been doing.”

The challenge on Saturday will be far from easy for LAFC, but the team remains confident in its ability to advance to the final to take on one of Tigres UANL or Olimpia. What’s more, the motivation to keep this Champions League run going and move even closer to making history is high.

Sure, eliminating Club America from an international competition is no small ask, but LAFC has achieved similar before. Just look at the last few rounds for proof.

“We are going to keep fighting so as to make it to the final and then win the title.” 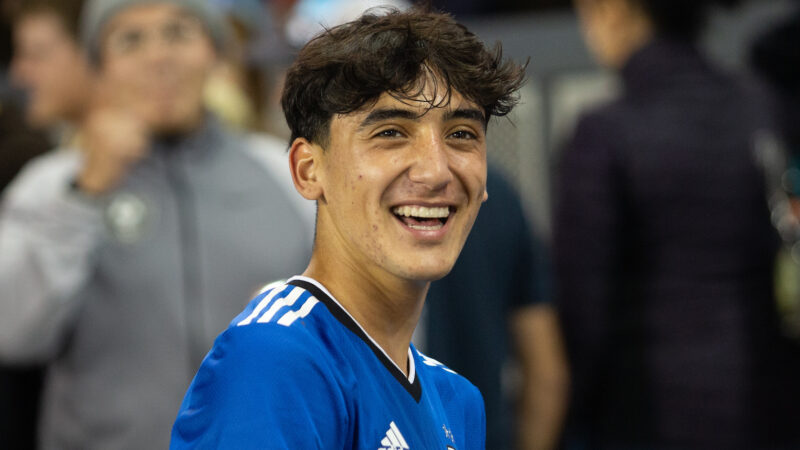