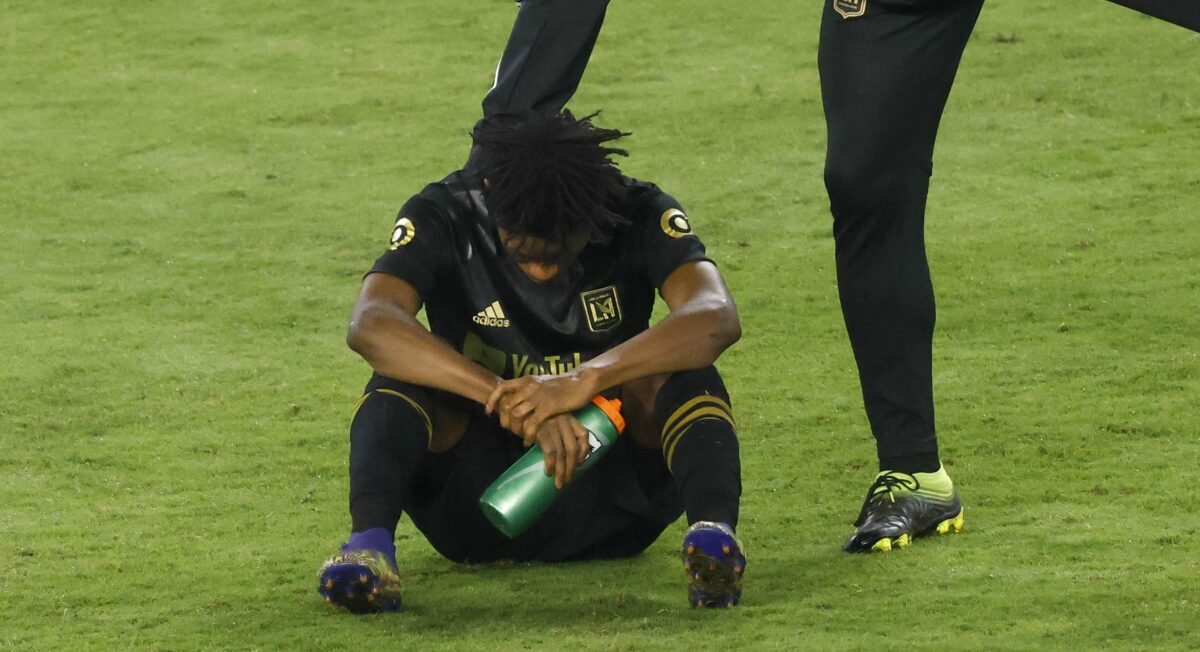 If this was a learning lesson in the continued evolution of a young franchise, it was a very painful one.

LAFC saw a shot at history slip through its fingers on Tuesday night, as the team could not hold onto a second-half lead in a 2-1 loss to Tigres UANL in the 2020 Concacaf Champions League Final. The defeat robbed LAFC of a golden chance to become the first MLS side to win the competition, extended Liga MX’s superiority in the tournament to 12 years, and left the Black and Gold on a continued search for their first title.

“It is hard to get the thoughts immediately. We are very disappointed,” said LAFC head coach Bob Bradley at Exploria Stadium in Orlando, Florida. “I thought for 70 minutes we made the game very hard for them. It is a choppy game. It is not always that the football is perfect, but I thought our way of going after them and pushing the game was quite good.”

It was not good enough.

LAFC began the match by making life very difficult on Tigres UANL, intensely pressing high up the field and doing a strong job of closing down the spaces in between the lines so as to limit the room in which the Mexican side could operate in. That made for very few chances and a lot of fouls from both sides in a tight game that was fitting of a typical final.

Bradley’s men eventually found the breakthrough off a looped finish from Diego Rossi in the 61st minute, but LAFC was unable to preserve the lead. Hugo Ayala netted the equalizer for Tigres 11 minutes later off a corner kick that was given away unnecessarily, and star striker Andre-Pierre Gignac came up with the winner in one of his only moments of danger in the 84th.

“When you press a team and they have a difficult time getting forward then obviously a player like Gignac in that period of the game for 70 minutes is not able to do much,” said Bradley. “Then when the game turns around and now they get a little bit more space going forward, then he is a good player and he can take advantage of that.”

LAFC had an opportunity prior to the late letdown to add to its lead, but captain and star attacker Carlos Vela did not manage to capitalize on a decent look inside the penalty area. That left the game within reach for Tigres, and ultimately proved costly.

“We just do not do well on the front zone,” said Bradley of the tying tally.

There will likely be questions about Bradley’s decision to have his team go with zonal marking on corner kicks, especially after giving up goals on such set pieces in each of the last two matches. That said, Tigres’ late winner came from the run of play as a seemingly tired LAFC team struggled to maintain the intensity, organization, and compactness that it had in much of the final.

“You could tell at that point now we start to get a little bit more careless,” said Bradley. “A little slower to close things down.”

LAFC never really came close to finding an equalizer of its own, and the third-year team eventually became the latest in MLS to fall short in the regional international tournament that has to this point been won exclusively by Liga MX clubs.

Major League Soccer’s search for its first CCL trophy will continue into 2021, but that is a bitter pill to swallow for LAFC. Especially after being so close.

“Our team is growing,” said Bradley. “We played some really good football in some of these games and I thought our way of going after the game tonight was real good … (but) we end in a really disappointing way.”