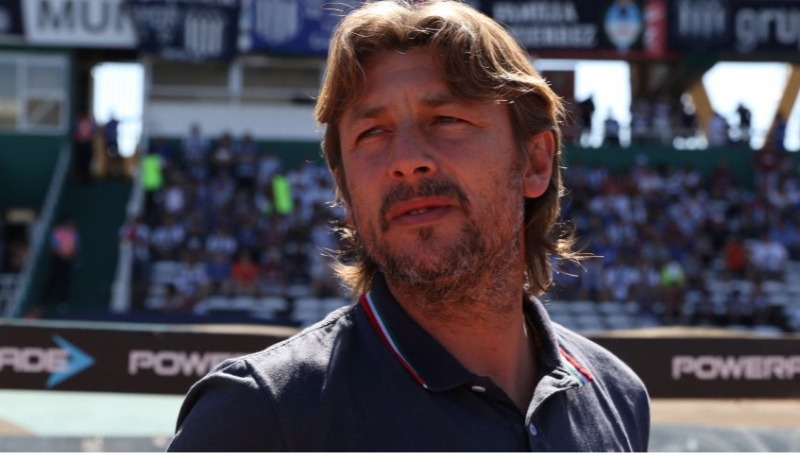 Atlanta United may be a team that is synonymous with championship aspirations, but Gabriel Heinze insists he is not thinking about that right now.

Rather, the focus is on the here and now — a notable change of tone from those of previous managers.

Heinze was formally unveiled as the new Atlanta United head coach in a virtual conference on Monday morning, and in it he notably refrained from talking about capturing titles. Sure, the Argentine acknowledged that winning is important, but he emphasized that the importance currently was on the day-to-day.

“It is clear that the results keep you in charge, but I am not going for a result,” said Heinze in Spanish. “At this moment I have many other steps to take first. I understand very well the institution that I am at today as well as the magnitude of Atlanta United. I understand that perfectly, but as of today I am not looking for the results or success.

“There are many things to do first to get close to that, and as of today we are very far away.”

Months in the making.

Behind the scenes of hiring our new Head Coach. pic.twitter.com/nI64blMWDF

Heinze did not give many specific details on most topics he talked about on Monday, but Atlanta United technical director Carlos Bocanegra stated on the same conference call that the idea behind bringing in the 42-year-old coach is to get Atlanta United back to playing a more proactive and attractive style.

“It was important for us to find someone that we thought fit our playing style, fit the philosophy of what we are trying to achieve,” said Bocanegra. “That is going out and getting the ball back as quickly as possible with the high press, trying to play through the lines, play exciting, being on the front foot, playing with high energy.

“That is something that when we went back and looked and did our due diligence, you look at Gabriel and his teams have shown that.”

Naturally, there will have to be a reshaping of the roster in order to make the team better fit Heinze’s vision. The Five Stripes finished the 2020 campaign with a 6-13-4 record and missed the playoffs for the first time in their four seasons, meaning changes and upgrades are needed.

That said, the former Velez Sarsfield head coach has already done a bit of research on the squad he is inheriting and believes there are good starting points to work with.

“I have seen a young team, a team with a great will, and players with characteristics that go with the way one thinks,” said Heinze. “Of course, I have also done an analysis of what I think the team is missing in terms of players who could come. All of that is on the table and being worked on.”

The same could be said for so many other aspects of this move. Heinze did not know as of Monday when he would be able to fly to Atlanta to begin working from there, and Bocanegera also acknowledged the need to help the former Argentina national team defender understand all of Major League Soccer’s rules and intricacies.

Still, Atlanta United is fully convinced Heinze is the right guy. It is why the Five Stripes courted him for months, after all.

“The process started a while back and Gaby quickly emerged as our top target through analysis (and) through the eye test” said Bocanegra. “You have heard of him as one of the highly-regarded younger managers coming out of South America, so you go look at what his teams look like when they are playing.

“…We ended up getting special permission from the government and the consulate to fly down there. (Atlanta United president Darren Eales) and I went down to Argentina and we had a meeting, and that is where I guess you can say we had a proposal.”

With Heinze now on board, Atlanta United is concentrating on the next steps of trying to get back to what it once was. Heinze will be in charge of trying to make that happen in 2021 and beyond, though he is making no long-term promises just yet.

“If you know what things will look like two months from now in Atlanta, you should be working for NASA,” said Heinze. “This is soccer. Time does not exist. Why? Because the work is day-to-day and it will take whatever time is necessary or whatever the institution allows me to have.

“I do not put timelines. … Hopefully they give us time and hopefully we can keep progressing to give the tools to the players and then achieve something, like winning a game, for example.”