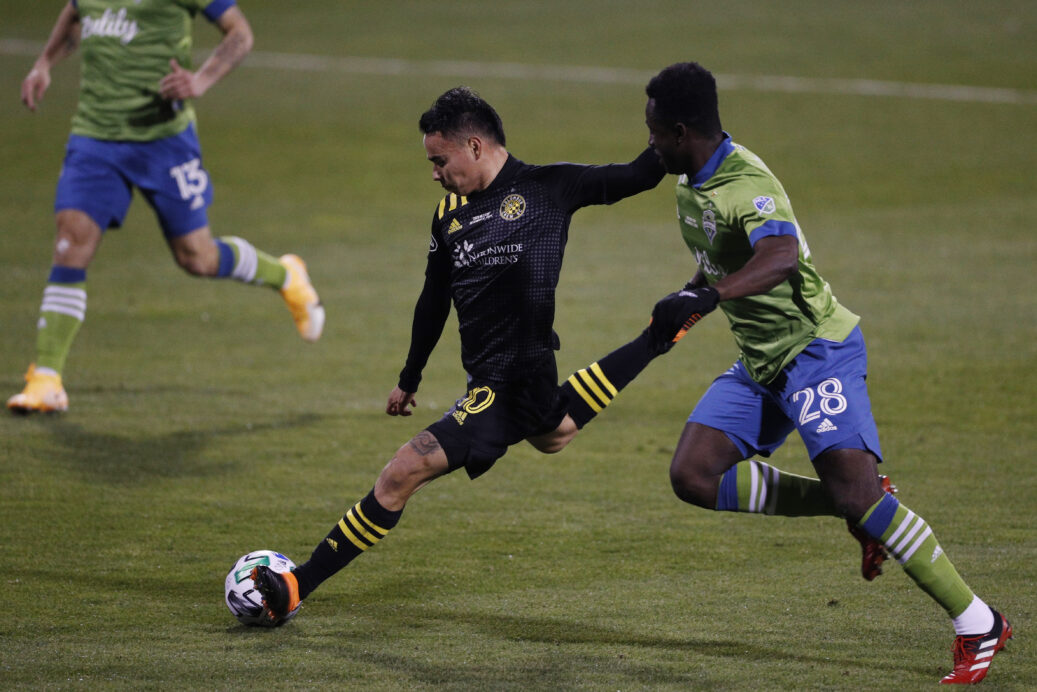 The 25th season of MLS is now in the books, and the Columbus Crew are the ones who own perhaps the hardest fought for trophy in league history.

They can thank Lucas Zelarayán for that, as he played a part in each of the goals in the 3-0 victory at MAPFRE Stadium, making him the only choice for SBI Man of the Match honors.

Performing like the star player he was expected to be when the team broke the bank for the $8 million it took to secure his services, the Argentine put up a goal and assist in the first half, as well as the dagger to close the game.

The first goal is one to remember. On the counter, Harrison Afful was thinking optimistic when he put a ball in the box in the 25th minute. Zelarayán stalked it though and pushed it in on the volley from a tight angle.

Minutes later, he was unselfish and laid off of an opportunity as he brought the ball into the box. Seattle, not looking to get burned by him again bought his fake shot which created the space needed to gift Derrick Etienne Jr with an open look.

If that wasn’t enough, his closer was an absolute rocket, credit Luis Diaz with the setup.

His contributions got his team on the board, while Milton Valenzuela’s efforts in the second half played the biggest part in preserving the clean sheet.

What did you think of Zelarayan’s performance? Who else deserved consideration for Man of the Match?