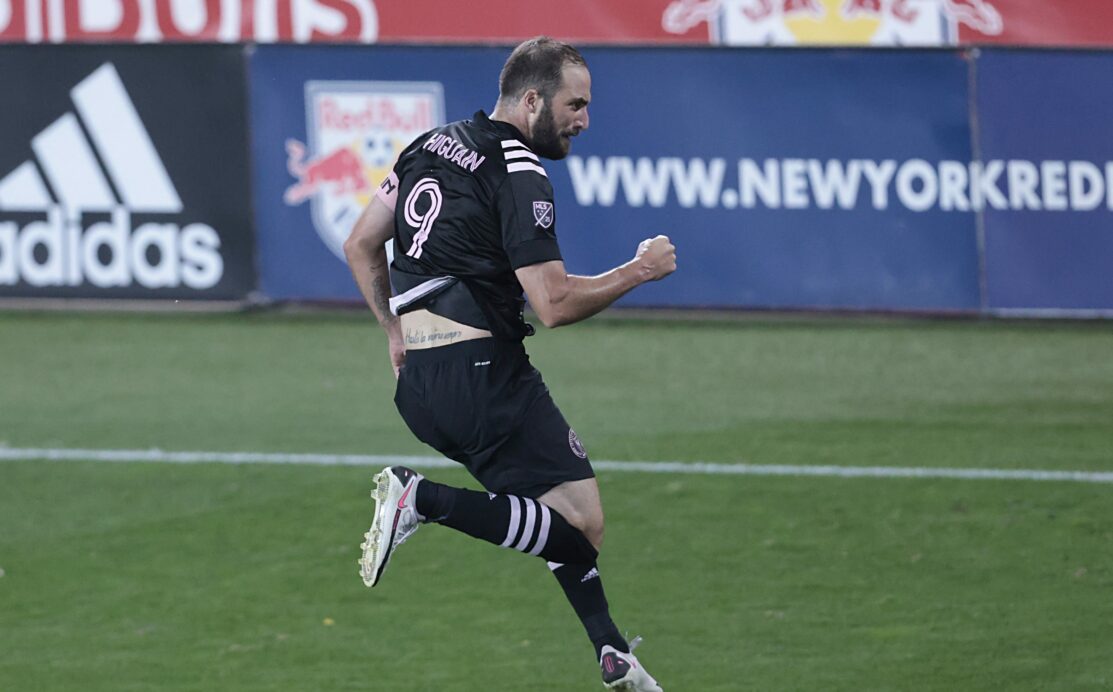 Inter Miami may have endured an expansion season that was largely forgettable, but in that disappointment were a few goals that fans might want to remember.

The 2020 MLS campaign is in the rearview mirror, and that is mostly a good thing for Inter Miami given the long list of issues that the Herons suffered in their inaugural year in MLS. One of those problems was finding the back of the net with regularity, but even that development did not stop Inter Miami from producing some quality goals in a season that was anything but normal due to COVID-19.

SBI has gone back and reviewed each of Inter Miami’s 25 goals in 2020, and has decided on a Top 5 list. The criteria used for the tallies comprised a variety of things that ranged from overall aesthetics to game importance, degree of difficulty, and more.

Inter Miami struggled for consistently-good team play this year, but things clicked for a moment vs. the Philadelphia Union at the MLS is Back Tournament in Orlando, Florida.

Starting from deep in their own half, the Herons passed through the Union nicely to ultimately set up Rodolfo Pizarro’s slotted take from close range. The finish may not have been all that special, but the build-up was nice and something Inter Miami could have used more of in 2020.

A late dramatic winner? Check. At home against the arch-rivals? Check. To grab three massive points in the midst of a late playoff push? Check.

This determined headed finish from in close from Leandro Gonzalez Pirez near the death vs. Orlando City is far from the prettiest goal, but it was very meaningful for Inter Miami and helped the team qualify for the playoffs. The decisive tally was also the side’s first off a corner kick, which some observers might consider notable…

One of the unlikeliest heroes produced one of the team’s better goals in one of the campaign’s most memorable matches.

In a must-win game that was interestingly enough played in the midst of a Tropical Storm in the regular season finale, Mikey Ambrose produced a stupendous half-volley from outside the penalty area. Ambrose scored the opener at home against FC Cincinnati by chesting down a cleared ball and timing the ensuing bounces perfectly before unleashing a dipping effort that stung into the bottom far corner. It was a striker’s strike, but it came off the foot of a reserve left back in a tilt that clinched the Herons’ postseason berth.

We call that a GOLAZO-AZO-AZO!

Mikey Ambrose with a top class strike to give us the lead! #InterMiamiCF | #DecisionDay pic.twitter.com/Wgnd8l9xlx

If this goal had come in a win, it may just have been the best of the bunch.

Lewis Morgan’s second equalizer vs. New York City FC was a thing of beauty, as he went upper 90 with a one-timed finish from the top of the semicircle. The technique on the shot and pinpoint placement were superlative, but it all went for naught as Inter Miami gave up another goal to lose at home.

Star striker Gonzalo Higuain shrugged off the frustration from his first two MLS matches to score a powerful late winner off a free kick in a road game against the New York Red Bulls. Higuain smashed his 81st-minute attempt in, firing a sizzling effort that beat David Jensen at the goalkeeper’s near post and giving Inter Miami its first set piece goal of 2020. The thunderous hit was unfortunately for the Herons not a sign of things to come from Higuain, but it was impressive all the same.