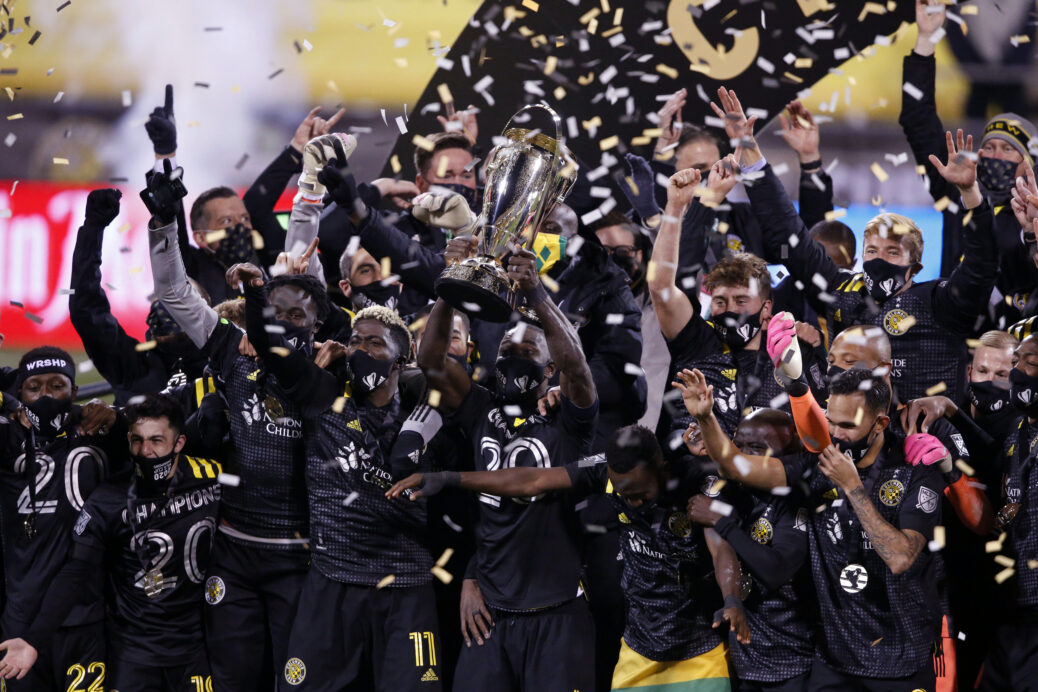 COLUMBUS, Ohio — The Columbus Crew survived near extinction three years ago thanks in large part to their fans.

Well, they just repaid those supporters in a massive way.

The Columbus Crew were crowned 2020 MLS Cup champions on Saturday night after defeating the Seattle Sounders, 3-0, in the title game at Mapfre Stadium. Lucas Zelarayan led the way in the lopsided victory played in frigid conditions with two goals and an assist, production that helped give the Crew their second league trophy and first since 2008.

Zelarayan scored the winner and an emphatic insurance tally in the match, first hitting a one-timed volley past Sounders goalkeeper Stefan Frei in the 25th minute before smashing a shot to the top left in the 82nd.

The Argentine also set up Derrick Etienne Jr’s curled finished just past the half-hour in a dominant first half for the Crew.

It was not until the second stanza that the Sounders really mustered up a response and began to create some chances, but the defending MLS champs never found the back of the net in the shutout defeat.

Nicolas Lodeiro came very close to doing so in the 71st minute, with his low effort from outside the penalty area skipping just wide of the right post.

Jordan Morris also had a decent look on a header that was directed towards the top right corner in the 80th minute, but Crew goalkeeper Eloy Room pawed the ball away.

Playing without two regular starters in Darlington Nagbe and Pedro Santos due to positive COVID-19 tests, the Crew went with Aidan Morris and Etienne Jr in their respective places in the lineup. Morris, 19, became the youngest player to start in an MLS Cup Final.

The Crew did not seem to miss a beat with the changes, as they looked the only dangerous side in the first 45 minutes despite losing the possession battle by a 65.5-34.5 percent mark.

The start of the match was that of a typical final, as both teams felt each other out during the opening quarter. Then, Zelarayan began to conduce his magic.

The Crew drew first blood in the 25th minute when Harrison Afful took advantage of the space he had down the right flank and whipped in a precise cross to the back post that the Argentine volleyed low and in.

The Crew, which finished the first half with an 8-2 advantage in the shots department despite the lack of possession, could have scored even earlier in the convincing victory. Gyasi Zardes fired a hard shot in the 17th minute, but Sounders goalkeeper Stefan Frei came up with a super stop with his right mitten.

Zelarayan went from scorer to provider in the 31st minute, He fed a wide open Etienne Jr on the left side to double the Crew’s lead, with Etienne Jr finishing via a low curled finish to the far post.

Zelarayan then capped the the championship performance with a stupendous goal, collecting a pass from Luis Diaz in a central position and proceeding to fire the ball into the top left corner passed an outstetched Frei to begin the MLS Cup celebrations.