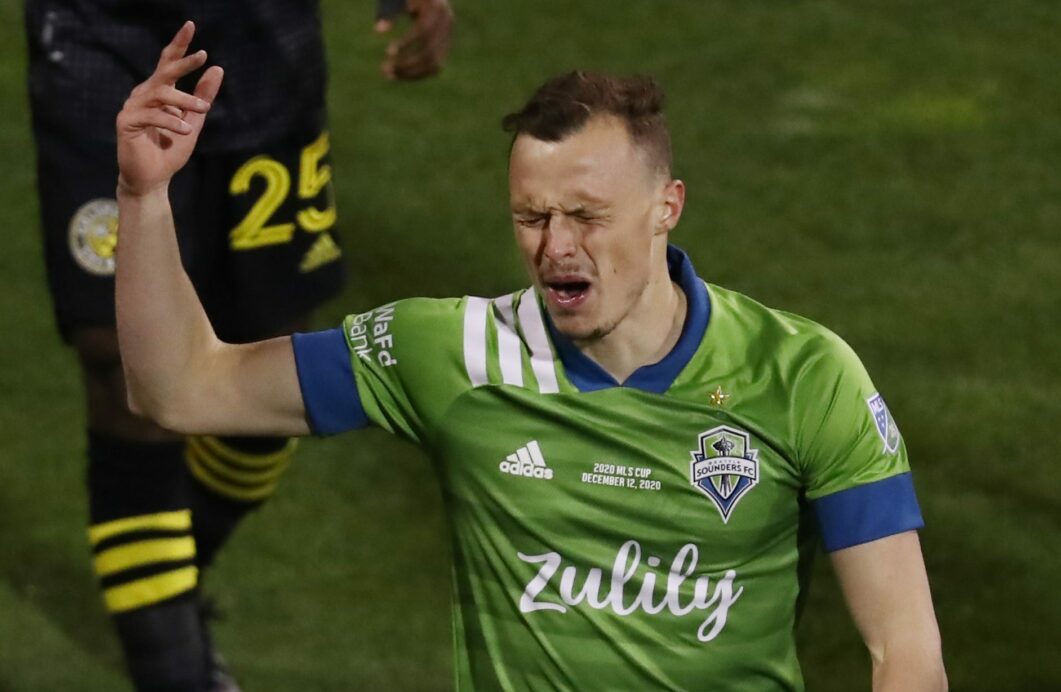 COLUMBUS, Ohio — The Seattle Sounders had a golden chance on Saturday night to cement their status as an MLS dynasty. After all, three championships in five years in a league where parity reigns is a significant haul.

They failed to capitalize on that opportunity, however. Failed mightily.

The Sounders were left to rue what could have been on Saturday after falling well short in the 2020 MLS Cup Final, which ended in a convincing 3-0 win for the Columbus Crew. The lopsided scoreline was fairly indicative of the game at Mapfre Stadium, too, as the Sounders came out sputtering vs. a Crew side that was firing on all cylinders from the opening whistle with a high press and direct attack that proved quite effective.

“I absolutely think that this game was a failure,” said Sounders head coach Brian Schmetzer. “I think this individual game was not a good performance by our club, not up to the standard that we set for ourselves, that I set for myself. It is my job as a coach to make sure that the players are prepared and that they have the tools to be successful.

It never really seemed to click for the defending champion Sounders, whose experience in title games after reaching three of the last four MLS finals with the core of this squad was not evident. The Crew went up by a pair of goals within 31 minutes after strikes from game MVP Lucas Zelarayan and Derrick Etienne Jr, and truthfully it could have probably been even worse for the Western Conference side.

Columbus outshot a toothless and confused Seattle side that struggled to find the game by an 8-2 mark in the first half despite losing the possession battle by a wide margin. What’s more, three of the hosts’ looks went on target compared to the visitors’ zero. There seemed to be only one team on the field during those opening 45 minutes, and that was the Crew.

“It is one of our worst halves of the season at the worst time for us,” said goalkeeper Stefan Frei. “I think it took us a long time to find a way into the game. We may have had some spells of possession, but they were meaningless really. We were not really doing much with it.”

Added centerback Shane O’Neill: “It feel like they hit us with a sledgehammer in the first half.”

Making some halftime adjustments, the Sounders improved from the run of play after the break. They began to turn their spells of possession into more threatening play in the final third, forced Crew goalkeeper Eloy Room into a few saves, and looked more like themselves than they did in the first half.

Still, the damage from the flat first half was done. The hole proved too big to climb out of, and Zelarayan eventually netted the third to add insult to injury.

The Sounders will head into the offseason ruing their missed chance in the MLS Cup Final, but Schmetzer pointed after the match to the overall success they had in 2020 as a noteworthy positive. That said, they would have liked to produce a much better ending to punctuate the year than what they came up with.

“It sucks because the stars have to align for anybody to find themselves in a position to achieve something big,” said Frei. “We have achieved some stuff here and there. That is great, but you also do not forget the ones that went through your fingers.”