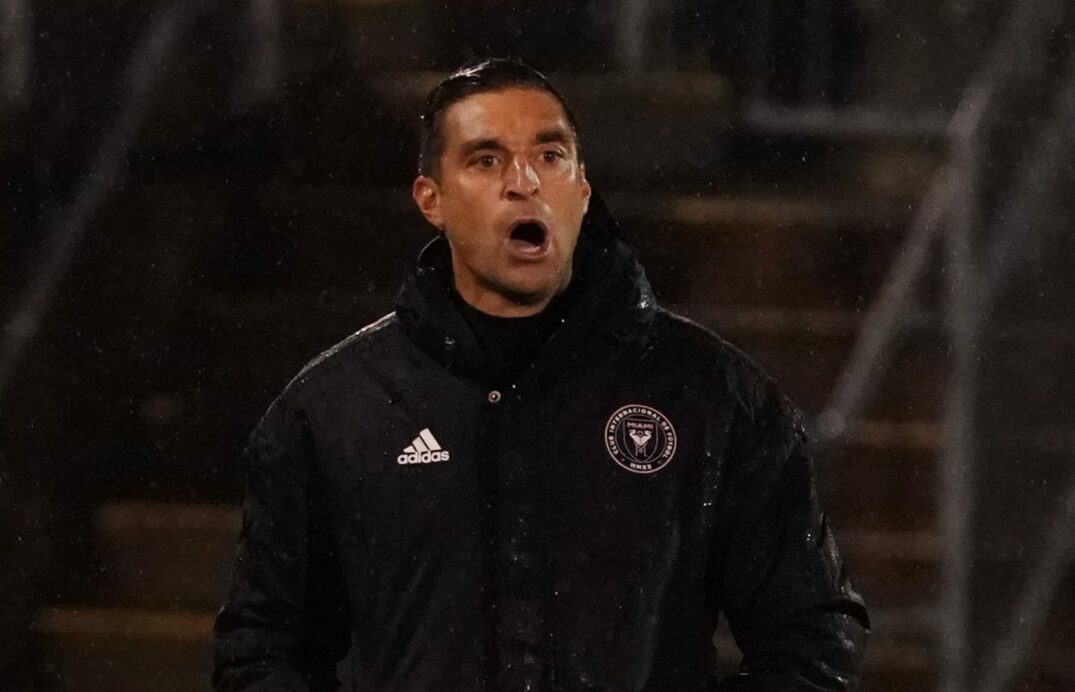 Weeks after it was reported that Diego Alonso thought Inter Miami had fired him, the two sides have mutually agreed to part ways.

Inter Miami made the announcement on Thursday morning that Alonso is no longer the head coach of the team after one season in charge. The two parties came to the joint decision to move in different directions following a disappointing expansion season in 2020 that saw the Herons finish with a regular season record of 7-13-3.

“On behalf of the organization, I want to thank Diego for his hard work and dedication during our inaugural season and wish him the best in his future endeavors,” said Inter Miami managing owner Jorge Mas in a team-issued statement. “This was a difficult year and a very tough decision for everyone, but we believe it is the right step for the club. We have great expectations for Inter Miami in the short and long term.”

The Uruguayan manager lasted just over a year as Inter Miami’s first head coach. He was hired on Dec. 30, 2019, but endured his share of struggles leading the South Florida side in his first venture into MLS. The team got off to an 0-5 start to the COVID-impacted campaign, and had issues with consistency both in terms of results and performances.

Alonso ultimately led Inter Miami to the playoffs, clinching a spot in the expanded postseason field on the final day of the regular season. The Herons, however, suffered a 3-0 loss in the first playoff game vs. fellow expansion side Nashville SC.

It was reported by the Athletic just weeks later that Alonso left an end-of-season meeting with team brass thinking he had been fired, but the franchise cited “miscommunication” as the reason for that and stated he was still in charge of the squad. His tenure officially ended on Thursday, though.

“Going through the journey of this inaugural season with Inter Miami has been an incredible experience, and I am thankful to the ownership group for the opportunity,” said Alonso in the same statement. “I want to thank the staff for their work and friendship, the players for their efforts on the field, and especially the fans for their constant support throughout the year. I wish everyone the best this upcoming season.”

Inter Miami’s coaching position may be vacant right now ahead of the 2021 season, but reports out of England on Wednesday stated that Phil Neville has had talks with the team about taking over that role. Neville — who is Inter Miami co-owner David Beckham’s former teammate, business partner, and friend — is currently the head coach of England’s women’s national team.