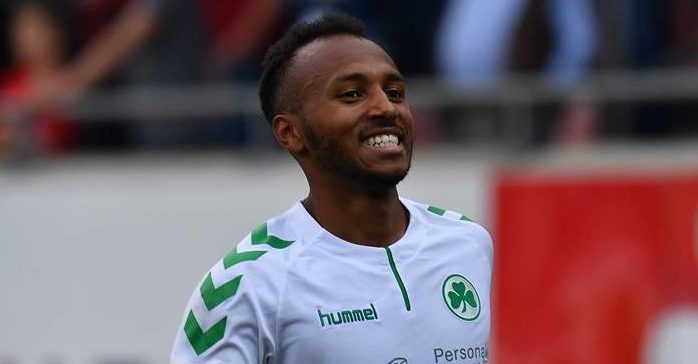 Julian Green is on fire right now, and his case for a U.S. Men’s National Team call-up is strengthening as a result.

Green scored in a third straight game for SpVgg Greuther Furth on Friday, netting the final goal in a convincing 3-0 home win over FC Erzgebirge Aue. The 25-year-old attacker got on the scoresheet at the hour-mark by getting on the end of a cross and using his right foot to direct a scuffed shot home from inside the six-yard box.

The finish gave Green five goals in his last nine league matches, and helped move Greuther Furth back into the final spot in the promotion zone of Germany’s second division. The club currently sits in third place in the 2. Bundesliga with 35 points from 19 games.

Julian Green is on 🔥🔥🔥, scoring in his third straight game, giving him five goals in 10 matches. His Furth side is also back in the promotion zone.

Green’s case for a #USMNT call-up in March (and his first call-up from Gregg Berhalter) keeps getting stronger. pic.twitter.com/Z1zLvyjiPt

The veteran, who has yet to be called up to the USMNT under head coach Gregg Berhalter, now has eight goals in 20 starts and 21 appearances across all competitions this season. His next chance to earn a call-up could come in March, though the Americans have yet to schedule any friendlies for the upcoming international window.

Green played the first 75 minutes in Friday’s match before being substituted. He also earned a yellow card in the 22nd.