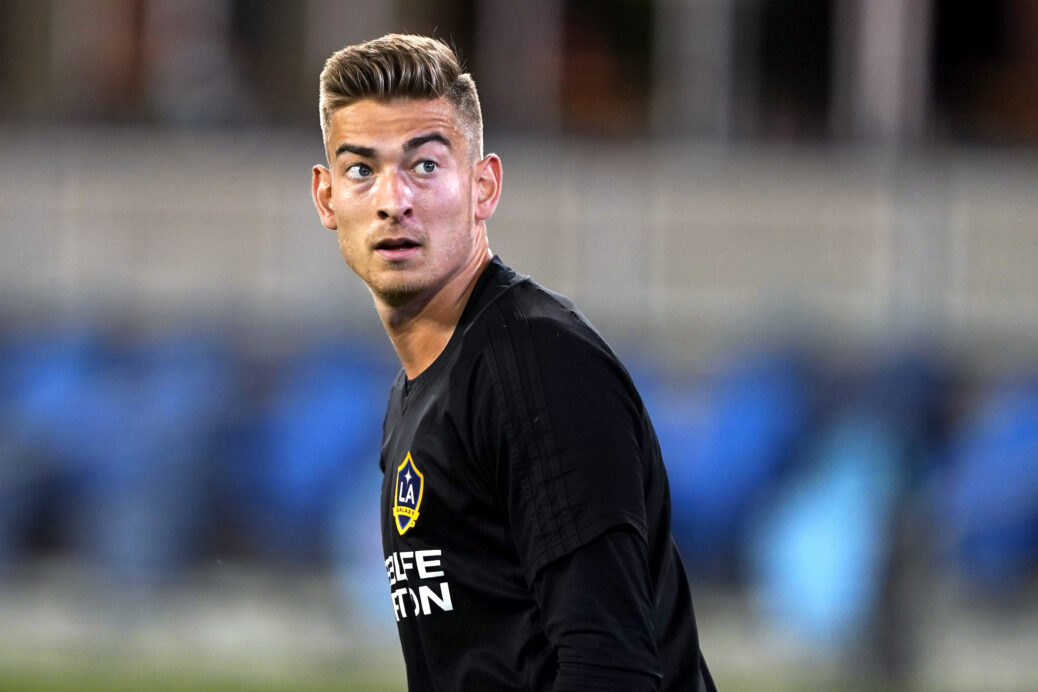 One day after signing a foreign goalkeeper, the LA Galaxy brought back a domestic one with a very recognizable name.

The Galaxy announced on Friday that they signed Jonathan Klinsmann to a new contract. Klinsmann had his option for 2021 declined by the Galaxy earlier this offseason, but the two sides agreed to a new deal that will bring the 23-year-old netminder back to Los Angeles for a second season.

“Jonathan is a talented player who gained valuable experience with our team last season,” said Galaxy general manager Dennis te Kloese in a team-issued satement. “We are pleased to further strengthen our goalkeeper position and we look forward to his continued growth as an LA Galaxy player.”

The announcement of Klinsmann’s new contract comes a day after the MLS side announced it had signed English goalkeeper Jonathan Bond. Klinsmann, the son of former U.S. Men’s National Team head coach Jurgen, made four starts for the Galaxy in 2020.

⚙️The Machine is Back for More ⚙️

The uncertainty over Kai Wagner’s immediate future has been put to rest.

The Philadelphia Union announced on Friday that they re-signed Wagner, agreeing to a new deal that will keep the 23-year-old left back under contract through the 2022 season. There is also a team option for 2023.

“Kai has been one of the best left backs in our league since he arrived in Philadelphia,” said Union sporting director Ernst Tanner in a team-issued statement. “We ask our defenders to dominate an entire flank by themselves, and he continually shows he is up to the challenge. We are delighted to have come to a longer-term agreement with Kai.”

An MLS Cup champion is on the move across the pond.

The Columbus Crew announced on Friday afternoon that they have sold defender Chris Cadden to Scottish Premiership side Hibernian. As part of the deal, the Crew will get a percentage of any future transfer fee that Hibernian receives for Cadden.

“We would like to thank Chris for his time with Columbus Crew SC as he enters the next chapter of his career,” said team president and general manager Tim Bezbatchenko in a prepared statement. “We are appreciative of Chris’ contributions and professionalism to the club during our 2020 MLS Cup championship run and wish him all the best moving forward.”

Another winger is on the way to FC Dallas.

A day after landing Kalil Elmedkhar, FC Dallas announced on Friday that it has signed Freddy Vargas on loan from Venezuelan side Deportivo Lara. The deal for Vargas, 21, comes with an option to buy at the end of the 2021 MLS season.

The Venezuelan attacker joins FC Dallas after four seasons with Deportivo Lara, for which he made 113 appearances in all competitions.

Real Salt Lake said goodbye to one of its assistant coaches on Friday, announcing the departure of Matt Glaeser by mutual consent. The move was done so that Glaeser can join the staff of former Real Monarchs head coach Mark Briggs at Sacramento Republic, which plays in the USL Championship.

“We want to thank Matt for his work bringing championships to the Monarchs and adding his expertise to the RSL staff,” said RSL executive vice president of soccer operations Rob Zarkos in a prepared statement. “Since he arrived with Mark Briggs in 2017, he has been a tremendous addition to the organization and when the opportunity arose for him to work with Mark again, we were open to him pursuing that option and wish him the best with Sacramento.”