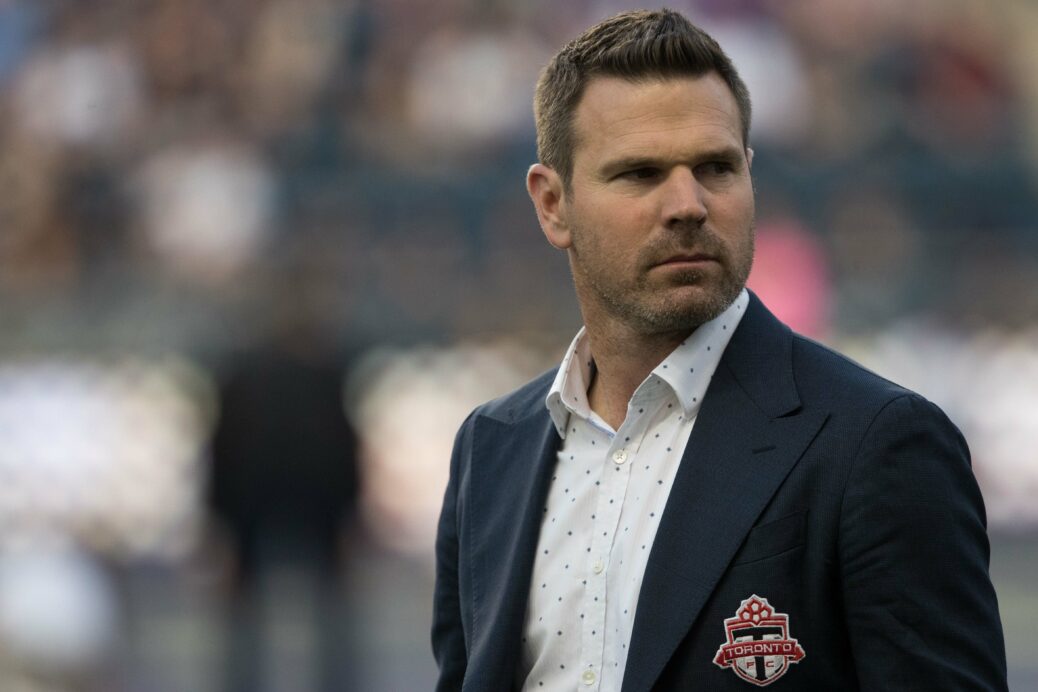 Former L.A. Galaxy player Greg Vanney will now officially be tasked with turning around the club he used to play for.

The Western Conference club announced the signing of Vanney on Tuesday, securing the services of one of the best coaches in MLS. Vanney heads to L.A. after six seasons as head coach of Toronto FC.

“I am extremely excited about the opportunity to coach the LA Galaxy,” said Vanney. “The LA Galaxy are an iconic club with a rich history in Los Angeles, MLS and North American soccer over the last 25 years. I want to thank Dennis te Kloese, Chris Klein, Dan Beckerman and Mr. Anschutz for the opportunity to coach this team and represent a club so close to my heart. I am committed to working tirelessly for this club, our fans and Los Angeles to win a championship. I look forward to this new challenge in my career and am eager to get started.”

Vanney, 46, made over 200 appearances for the Galaxy as a player before getting involved in coaching at both Real Salt Lake and Chivas USA. He helped lead Toronto FC three MLS Cup appearances and one title during his spell as head coach. Along with winning the 2017 MLS Cup, Vanney also led TFC to a domestic treble including the Supporters’ Shield and Canadian Championship.

The Galaxy missed the 2020 MLS Cup Playoffs under Guillermo Barros Schelotto before firing the Argentine.

The Austin FC roster build continued on Tuesday, with the team signing a versatile veteran with ample MLS experience after a decade in the league with one outfit.

Austin FC announced on Tuesday morning that it has signed free agent attacker Diego Fagundez as the 16th player on the franchise’s expansion roster. The 25-year-old Fagundez joins La Verde after a decade with the New England Revolution, whom he left after 10 years of service following the 2020 season.

“Diego is a player in the prime of his career who has scored over 50 goals, played over 250 matches and comes with significant MLS experience,” said Austin FC sporting director Claudio Reyna in a written statement. “We are fortunate to bring a 25-year old with vast and proven experience to the club. Diego has played in a number of positions throughout his career and his dynamic positional flexibility is a strength that Austin FC will have the opportunity to benefit from.”

Fagundez scored one goal in nine starts and 19 appearances for the Revolution last year. The Uruguayan has played a total of 261 regular season games in MLS during his career, netting 53 times and adding 45 assists.

“I am excited to start this new chapter in my career, alongside a club creating a new chapter for an amazing city like Austin,” Fagundez said in the same prepared statement. “I am ready and motivated to represent Austin FC next season, and I look forward to giving my best for the club.”

Wil Trapp is officially a loon.

Minnesota United announced on Tuesday morning the acquisition of Trapp as a free agent. The 27-year-old midfielder joins the Western Conference side after most recently playing for Inter Miami.

“We are obviously delighted to get a player of his age, quality, experience and a current U.S. international,” said Minnesota United head coach Adrian Heath in a team statement. “Wil made it very clear from the outset that this was the only club he wanted to go to. Having spoken with him at length, I know he is incredibly excited about our plans moving forward and which he is excited to be a part of.”

Trapp started 16 of the 21 regular season games he played in for Inter Miami in 2020. He has 195 starts in 206 appearances in such matches in his career to date.

Pablo Mastroeni knows all about the Rocky Mountain Cup after spending so much time as both a player and coach at the Colorado Rapids, but he will now live it from the other side.

Real Salt Lake made head-turning news on Tuesday morning when it announced that Mastroeni had joined the team’s technical staff as an assistant coach. Mastroeni had recently been in such a role with the Houston Dynamo, so RSL had to send $50,000 in General Allocation Money to acquire his services.

Finally on the good side of the Rocky Mountain Cup

In other team news, Real Salt Lake signed centerback Justen Glad to a four-year contract extension on Monday. Glad, 23, will continue to play for the only professional outfit he has ever represented.

Sporting Kansas City has bolstered its goalkeeping corps, agreeing to a deal with 2020 MLS Re-Entry Process pick Kendall McIntosh. The 26-year-old McIntosh signs with Sporting KC after being taken in Stage 1 of the re-entry process last month, and joins a group of netminders that includes Tim Melia and John Pulskamp. McIntosh last played for the New York Red Bulls.