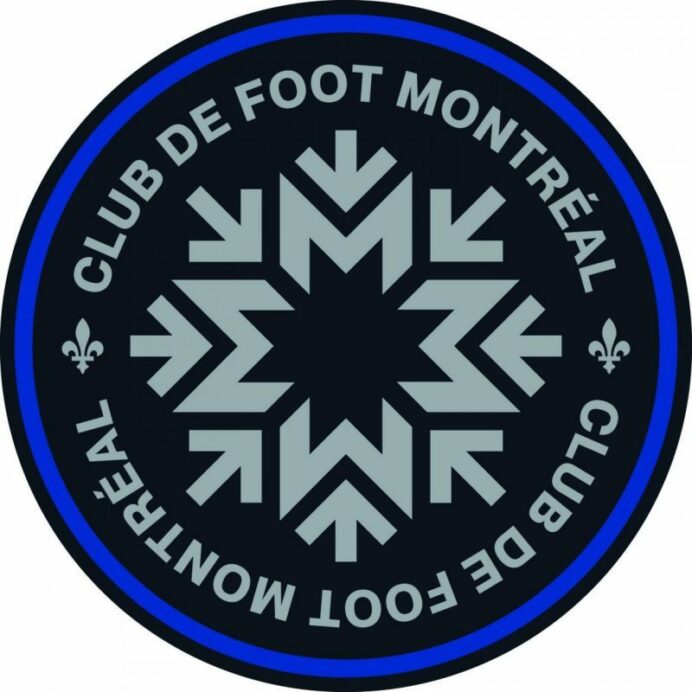 The Montreal Impact is no longer. The club announced a total rebrand at its virtual launch event on Thursday, including changes to the club name, jersey, and badge. The Canadian side will now be called Club de Foot Montréal, or CF Montreal.

The new club logo is a circular crest in black, gray, and blue that will resemble a snowflake. It also highlights the Quebec fleur-de-lys at the front and center. The club’s new kits will be released in February, according to Kevin Gilmore.

Beyond the changes to the club name and logo, Club de Foot Montréal announced a change to its motto. The new motto is “Droit Devant”, which translates to “Always Forward.”

“We have never been in a better position to be competitive long-term. We have a contemporary global sporting director, an international coach, and an exciting project in place,” said Joey Saputo, the club’s owner. “It is not a question of if we win trophies but when.”

The club released this short video, highlighting its roots within the community.

Kevin Gilmore, the club’s President, and CEO announced that the rebrand started to take place when he was first hired back in 2019. The 54-year-old immediately began doing research to come up with a proposal reflecting the club’s identity.

“I asked Joey (Saputo) what the Impact meant to him. He told me that when he started the club with three employees back in 1992, he wanted to have an impact on this sport and in our province,” said Gilmore.

“As far as I’m concerned, that has been accomplished. We are playing in the highest division in North America, youth participation in our sport across the province is constantly increasing and our academy is synonymous with excellence. In fact, this year we signed six academy graduates this year.”

This was the club’s inspiration behind the logo itself, as provided by Club de Foot Montréal.

Club de Foot de Montréal is entering its 10th season in Major League Soccer, after becoming the league’s 19th franchise back in 2012. The club is yet to win an MLS Cup but boasts four Canadian Championships.

When asked about what the club’s identity now represents, Gilmore had no doubts that the rebrand better captures the essence of Montreal.

“We have 11 players on the pitch from different cities and continents that all speak different languages and practice different religions. In the end, they come together with a common goal. It speaks to what this city is,” said Gilmore.

“Montreal is one of the most diverse cities in the world where our openness and inclusiveness invite people and we all come together. Our club represents that. We have the privilege to be an ambassador for our city, the rebrand is us taking this responsibility.”

The Canadian side has taken to this offseason proactively, securing Kamal Miller, Djordje Mihailovic, and most recently Sunusi Ibrahim as part of its overhaul. Club de Foot Montréal also announced the signings of four of its academy graduates, including Sean Rea, Jean-Aniel Assi, Nathan-Dylan Saliba, and Rida Zouhir.

CF Montréal was eliminated from the play-in round at the 2020 MLS Cup Playoffs, losing to the New England Revolution. The club will be looking to build on its ninth-place finish under Thierry Henry last season heading into 2021 with a brand new name. Changes are afoot in Montreal this offseason as the club hopes its newfound identity will inject some fresh life in la belle province.