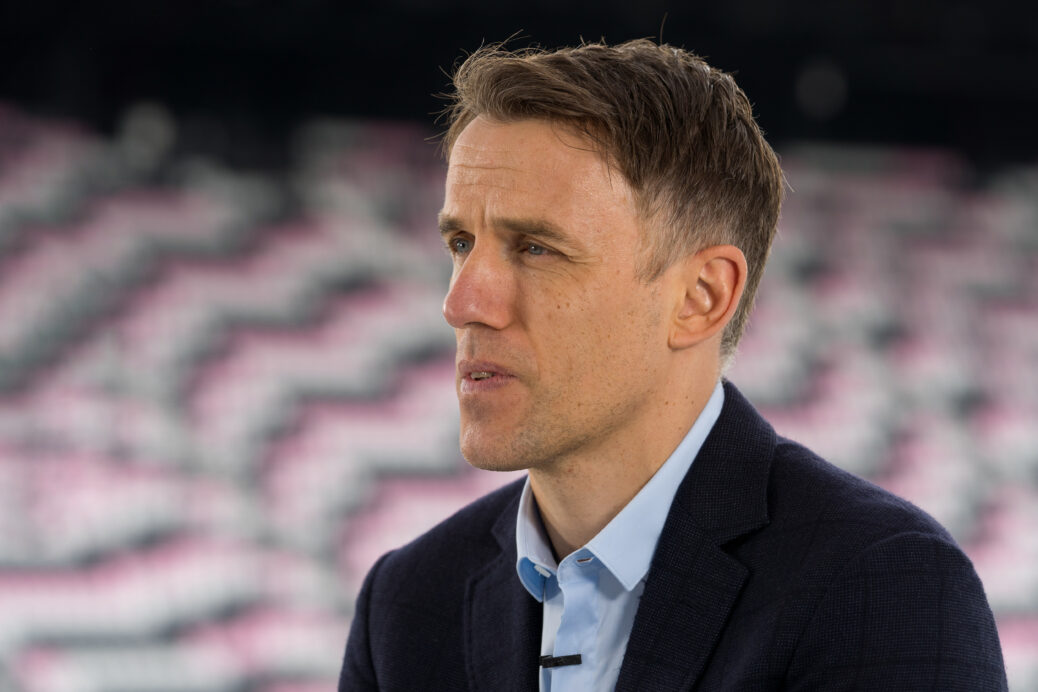 The head coach has changed at Inter Miami, but the lofty expectations have apparently not.

This time, however, the immediate focus appears to be solely on one thing: establishing an identity.

Inter Miami continued its major makeover on Monday by appointing both Phil Neville and Chris Henderson to leadership positions. The duo replace the departed Diego Alonso and Paul McDonough as head coach and sporting director, respectively, but it is Neville that brings with him more questions, including whether he deserve this opportunity, given that he is a far more unproven commodity.

Not that that has stopped the Englishman from making bold proclamations about the Inter Miami project he is partially taking over.

“I think the most exciting thing about this opportunity is we have a clean slate to build something that is bigger and better than anything else in America,” said Neville. “Not just America, but even world-renowned.”

Neville, 43, may have a deep belief in what the MLS outfit he is taking over can become, but he joins the Herons only after serving as head coach of England women’s national team. His perceived lack of qualifications have immediately brought up questions of nepotism given his close ties to Inter Miami co-owner David Beckham, who is both a former teammate and current business partner of Neville.

Still, Neville is focusing his energy into turning Inter Miami around. The team endured a rough expansion season in 2020, and Beckham and the rest of the ownership group are entrusting Neville, among others, to turn things around with a team that adopts a more attractive and ultimately productive style of play.

“When the supporters come to the stadium I think I want them to see a team play with an identity and say, ‘Yeah, this is an Inter Miami team, an exciting team that play a real open brand of football,'” said Neville. “We want to play technical football, we want to be aggressive, we want to play on the front foot, we want to go out and try to win every single game.

“I am not a coach that likes to sit back. I said when I started my journey as a coach I wanted to be as brave as possible, I wanted to try to win every single game of football, and I am going to stay true to those values at Inter Miami.”

In terms of how Neville plans to overcome his overall inexperience, he seemed to point to his previous stints not only as a coach but also as a player. Neville had a distinguished playing career — suiting up for Manchester United in arguably its most successful era as well as Everton and England’s men’s national team — and he believes the success he has enjoyed combined with the helping hand he will get from Henderson can make for a winning recipe in South Florida.

“You walk into any training ground in the world of teams that are successful in any sport — basketball, baseball, football or whatever — there is a smell around the place, there is an ethic, there is a value, there is a culture that you have to instill. That’s what I want to do here at Inter Miami. I want to instill a culture and value and work ethic that will help us be successful.”

Of course, Neville knows full well that the “cherry on top of the cake” is lifting a trophy. He wants to accomplish that with Inter Miami, but insists that it will take a lot of hard work and dedication from everyone involved.

The Herons have officially pushed the reset button for 2021, and Neville is a key part of the plan to transform them from first-year strugglers to title contenders.

“This is just another fantastic opportunity to join an organization, a club that has got unbelievable ambition,” said Neville. “I think it matches the same ambition that I have got. The owners want to win games of football, they want to connect with the community, they want to build a football club for this community that makes everybody in this region really, really proud, and I think it is so exciting.

“I think there (are) lots and lots of challenges ahead of us, but I’m just really honored to be a part of it.”