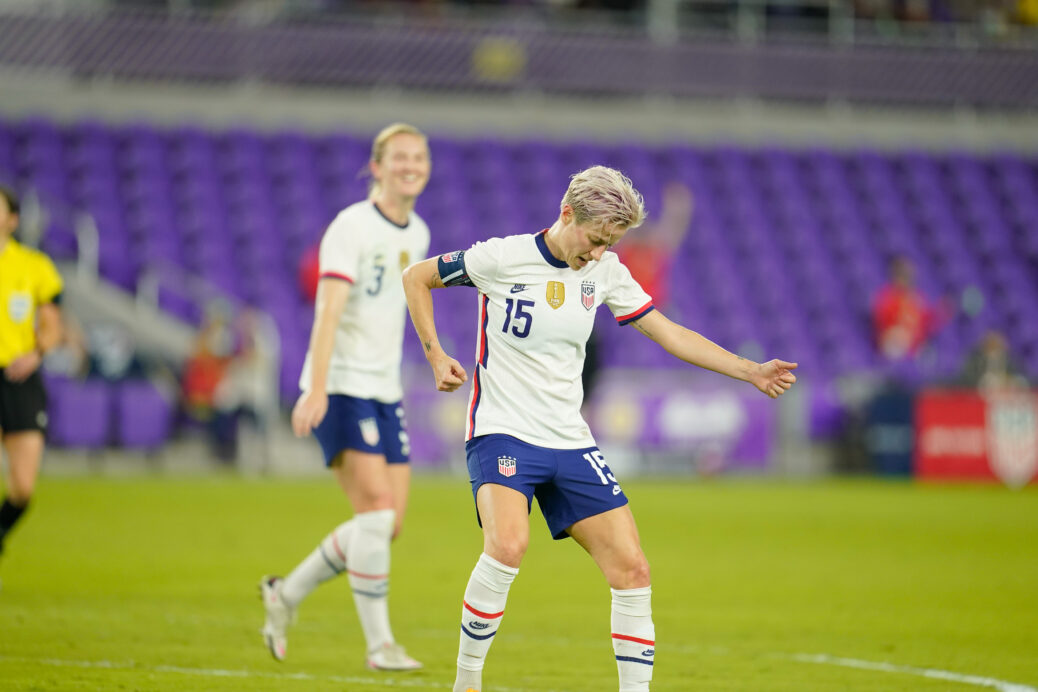 For the second time in the week, the U.S. Women’s National Team defeated Colombia at Exploria Stadium, this time to the tune of 6-0, with five names getting on the scoresheet for the first time in the new year.

The game was woven with memorable moments, most notably 35-year-old superstar Megan Rapinoe proving that she has not missed a beat after missing out on the team’s December camp, notching a brace in the first half.

On the opposite side of the age spectrum, exciting newcomer Catarina Macario, 21, took the field as a starter for the very first time and marked her appearance with a goal just three minutes in, while Emily Fox, the most recent first-overall NWSL draft pick earned some valuable minutes in the second half.

The scoreline says it all, the game was a vintage performance from the Americans and the Colombians were not up for the task, looking more out of place in Friday’s action than they did during their loss on Monday.

Macario and Rapinoe got things going with goals from the run of play, executing from inside the box to give the Americans some early comfort. A soft penalty call as the first half came to a close put the game on cruise control thanks to an ice-cold Rapinoe take.

The point was further driven home in the second half, when Lynn Williams got in on the scoring in the 60th minute. Samantha Mewis whipped a ball into the box to find Williams who easily rose above a Colombian defender to smash in a header, and the tired backline was put on the ropes once again.

Crystal Dunn supplied a corner kick which was finished by Lindsey Horan, and then Carli Lloyd supplied Midge Purce for a free header before the game mercifully came to an end.

For Purce, the goal marked her first in international competition.

The win moves head coach Vlatko Andonovski to a perfect 13-0-0 at the helm of the USWNT, which will appear next in the SheBelieves Cup in Februrary.

Megan Rapinoe. After earning an assist in Monday’s game, the two-goal evening is a statement for a star in the twilight of her international playing days.

The first of many, you’d figure. But Catarina Macario’s first international goal in her starting debut is a special moment for the player and fans.

Friday’s game was another brutal one for the Colombians, and you could place blame on nearly every field player for the porous defending.

For her own sanity though, goalkeeper Sandra Sepulveda will want to bury Friday, and the entire week in Orlando quickly in her mind. In all, letting 10 goals in on the week, despite making some highlight reel quality saves, is not completely her fault, but it will not serve as a confidence booster for a keeper who clearly has talent.