Christian Pulisic likely out for Chelsea’s encounter vs. Southampton 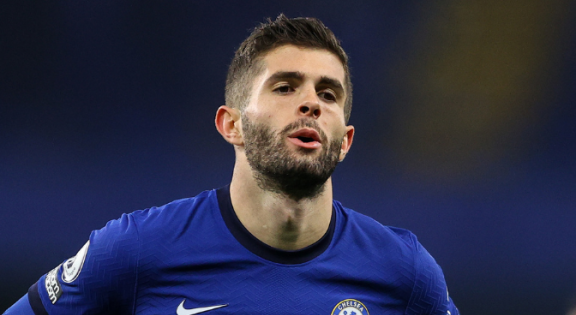 Christian Pulisic has missed a number of games for Chelsea this season due to varying reasons, and will likely be out again this weekend.

Chelsea head coach Thomas Tuchel told reporters on Friday that Pulisic is doubtful for Saturday’s encounter with Southampton due to calf tightness that the American winger felt at training on Thursday. Tuchel added that the Blues were not overly worried or concerned about the situation and that they are likely to hold him out of the road game simply as a preventative measure.

“He stopped training yesterday before it became an injury so I would not say that it is an injury at the moment,” said Tuchel. “It is risk management that relates to his history of having injuries so we do not want to enter in the same cycle.

Pulisic, 22, has missed a number of games this season for reasons ranging from injuries to personal matters to coach’s decision. He has made nine starts in 15 appearances in Premier League play in the current campaign, scoring one goal. The U.S. Men’s National Team attacker has also tallied once in two starts and three appearances in the UEFA Champions League.

“Chelsea bought Christian for a reason, for his quality and his potential so it is our job to bring out the best in him,” said Tuchel. “He proved in many weeks that he has the level to be a Chelsea regular player, to have a big impact at this club and it is a challenge now to maintain the level and to keep improving.”

Chelsea is currently in fourth place in England’s top tier, sitting on 42 points from 24 matches.