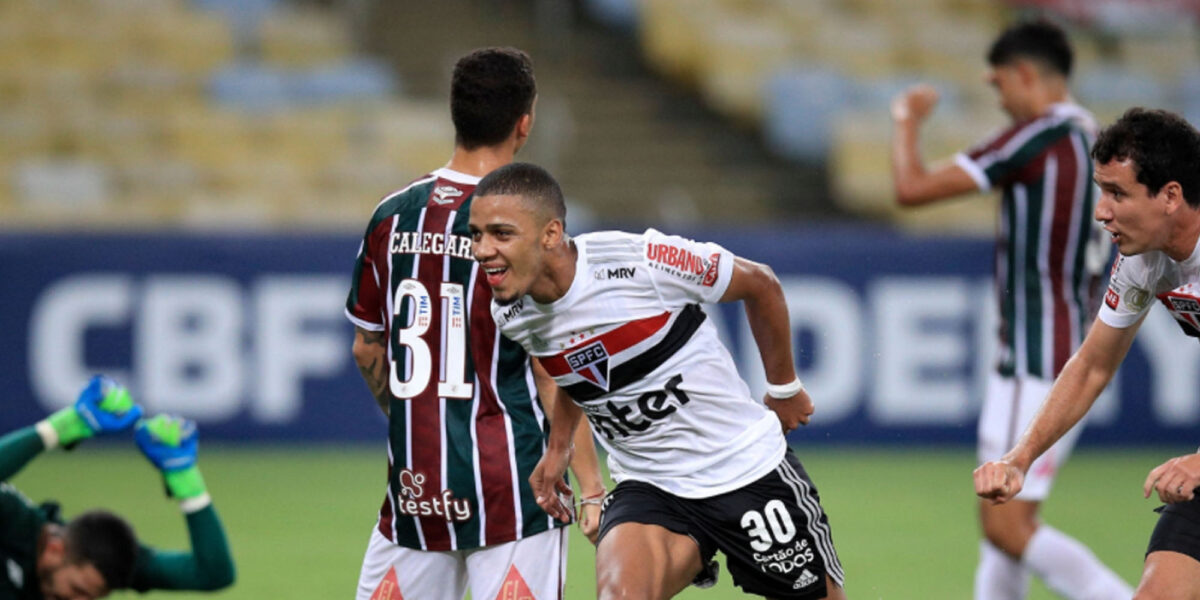 Change remains the only constant for FC Cincinnati, which is heavily occupied in preparations for its third MLS season in 2021.

As the league and players association came to an agreement last week which confirmed the season will in fact happen, Cincinnati GM Gerard Nijkamp was finalizing the deal to bring 21-year-old Brazilian international Brenner Souza da Silva to his team from São Paulo FC of the Brasileiro, in hopes that he’ll be the star in the team’s christening of its brand new West End Stadium.

Simply known as Brenner, Cincinnati’s newest face is a club-record bank breaker. With his fee all but confirmed to be in the neighborhood of $13 million, which if true, also sees him as the third-highest transfer buy in MLS history.

That price will be justified if FC Cincinnati can show a contending spark in the upcoming campaign, but there is good reason for a healthy dose of skepticism when you consider the longview.

Arsenal, Juventus, PSG, Ajax, and even Real Madrid have observed the talented striker. How exactly did Nijkamp sell him on joining a cellar dweller in a league on the cusp of a lockout when they were in negotiations?

“Going into the conversation with Brenner and his in his management, to convince him that actually Cincinnati can be the next step for his career. And what I mentioned earlier in in conversations with media, that we can be the bridge for going to Europe.” Nijkamp said.

The reality is that is a lot of faith from Brenner’s camp, though.

Apart from 2019 draft pick Frankie Amaya, and mostly due to his unquantifiable potential while on a losing team, FC Cincinnati has not been responsible for increasing the value of anyone who has ever suited up in orange and blue. But the team’s first-ever Brazilian representative is expected to be the first to turn a big profit.

“I think it is a win-win situation,” Nijkamp said. “Now, a player like Brenner is not going directly to Europe, but is going through FC Cincinnati, making this a next step. Being successful, grading the upside for our club, creating our soccer ecosystem inside the club, and reinvest revenues we hopefully will get out of it in the future.”

His profile certainly suggests that he is capable of bucking the trend of players going backwards, but it’s important to keep in mind that FCC has gone through a myriad of strikers in two years and has yet to find anyone capable of consistent scoring, and you’d be betting on Brenner being larger in stature than the contributing issues.

Of course, the absence of a true playmaker contributes to the scoring ineptitude, and the opportunity to bring in a special talent at a crucial time couldn’t be missed, but the endeavor looks to be a selfish one in part for Brenner, who ultimately wants to shine on a bigger stage.

In Tuesday’s conversation with media, Nijkamp confirmed the team is also looking to fill needs for the needed playmaker, a winger, and a center back.

Here is more from Nijkamp following the Brenner announcement and a closer look at the other happenings around FC Cincinnati ahead of preseason:

From Papu to Pity, the search is on for a playmaker

Months ago, when star midfielder Alejandro “Papu” Gómez forced his exit from Serie A’s Atalanta, the idea that he’d fall all the way to FC Cincinnati was, well, preposterous. Ultimately he landed at Sevilla, which made much more sense.

Nijkamp, who downplayed the possibility at that time, seemed to walk back the non-event he once illustrated when discussing a consequential rumor of bringing former Atlanta United star Pity Martínez to Cincinnati from Saudi side Al-Nassr.

“There was another rumor a few weeks ago that we want to bring a player with great track record in Europe. He decides to stay in Europe and to play for another big club, Champions League club in Europe, and that was a guy who was senior,” Nijkamp said before revealing his current thinking. “If you go into my head, and into the head of my team, that we maybe want to see if we can find our number 10 with that experience to balance young and senior players in the team,”

He did not name Martínez or distance the team from the rumor, but did go on to confirm the team is in conversations about allocation spots, which is the necessary supplemental groundwork needed to make the signing happen.

Brenner now headlines the team’s attacking troop, and is billed to be playing in the center, which could create a glut of assets on the lineup card and force one of the team’s previously rostered options to the left wing or bench role.

Nijkamp envisions a scenario where Brenner and Jürgen Locadia, who had a disappointing foray into MLS, could play in tandem, and the latter did make some appearances as a winger in 2020.

“I believe, also, that both can play together, one in the striker position or one on the wing. That’s also possible, but that is not my main responsibility,”

Rightfully pointing out that he is not head coach Jaap Stam, Nijkamp’s note could be interpreted as a tell that the conversation has been had, though. It is also potentially a tip that the team is planning on Locadia remaining an option after a bit of recent speculated interest from Israeli giant Tel Aviv.

Defensive work to be done

The team should be investing more millions in the backline, and probably more than the starting center back mentioned by Nijkamp.

So far, Ronald Matarrita is the biggest upgrade of the offseason, replacing a platoon of Andrew Gutman and Greg Garza in the left back spot.

If the season started tomorrow though, Maikel van der Werff and Nick Hagglund would be likely in the center based on Stam’s lineup cards to close out 2020, an exciting but young and unproven Zico Bailey would be on the right, and there would only be two depth pieces.

Now that the team has shown there is money to be spent, a defensive difference maker, and possibly more should be on the docket, but the rumor mill has been quiet in that regard in recent weeks.

Below, you’ll find FC Cincinnati’s current roster, and you’ll notice the team is dense in the midfield as it searches to add a headliner for the department.

Even with the U.S. Open Cup set to resume in 2021, there will not be enough minutes for everyone, and the team should be motivated to do business where it can to trim the unnecessary parts.

According to The Athletic, something that went a bit under the radar, the team was approached about Amaya, but passed on three separate offers, one of which could have added up to more than the Columbus Crew bill to unearth Darlington Nagbe from Atlanta United’s clutches ahead of last season.

Amaya is one of the rare players remaining from the team’s inaugural MLS squad and has received glowing reviews from Stam on several occasions.