Hoppe: “I’ll stay with Schalke, regardless of the league” 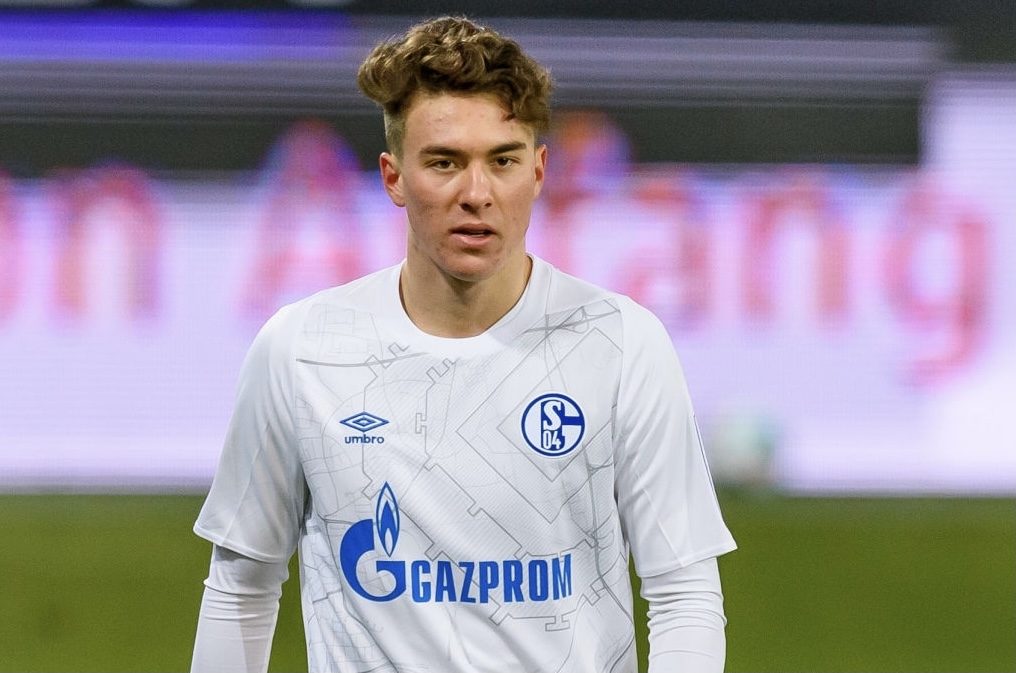 Matthew Hoppe’s rapid rise at Bundesliga club Schalke has been an exciting time in the young forward’s career and he isn’t planning on going anywhere just yet.

Hoppe’s quick impact this season with the Gelsenkirchen side has seen his name linked with some of Europe’s top clubs, not long after signing a new contract this year. The 19-year-old forward has scored five goals in 12 Bundesliga appearances this season, with all five of his tallies coming in 2021.

With the club in a dire situation at the bottom of the league table, Hoppe has made his commitment known for the future amid Manchester United, Manchester City, and Liverpool all linked as possible transfer targets.

“I’ll stay with Schalke – regardless of the league,” Hoppe said in an interview with Sport1. “The most important thing for me is that I play and get my chances. I need that for my development. So I don’t worry about whether I’ll play in the first or second division, even though we definitely want to stay up.”

“It was a special moment to sign this contract. I am very happy about it and now I am looking forward. After all, we still want to achieve something.”

After spending most of his time with the Under-19’s and Under-23’s, Hoppe was given the chance this season with the first team and has remained with them since. He’s featured in a dozen league matches to go along with a pair of German Cup matches as well for Schalke this campaign.

Hoppe is continuing to earn minutes at a rapid rate this season and is aiming to help Schalke get out of a possible relegation to the 2. Bundesliga. After his stellar month of January for the club, Hoppe was named Bundesliga Rookie of the Month, his first league recognition of his career.

“It is a great honor and I am very happy to have received this award,” Hoppe said. “But I’m definitely not resting on it: I want to keep improving, I still have plenty of room for improvement.”

Hoppe has yet to feature for the United States at any level, but that could soon change after his early success with Schalke’s first team this season. Gregg Berhalter has given several young players a chance during his time as head coach of the USMNT and Hoppe has admitted that the former international and club player has stayed in touch with him this season.

“Yes, I’m in contact with Gregg Berhalter,” Hoppe said. “He gave me some tips on the phone and said, ‘Hold on, work hard and focus. Then you get your chance with me.’ Something like that motivates me. I try to get better all the time and hope to play for the U.S. team at some point.”

Hoppe for now remains focused on the goal of achieving Bundesliga survival with Schalke, something that has happened for the club in every campaign since 1991.