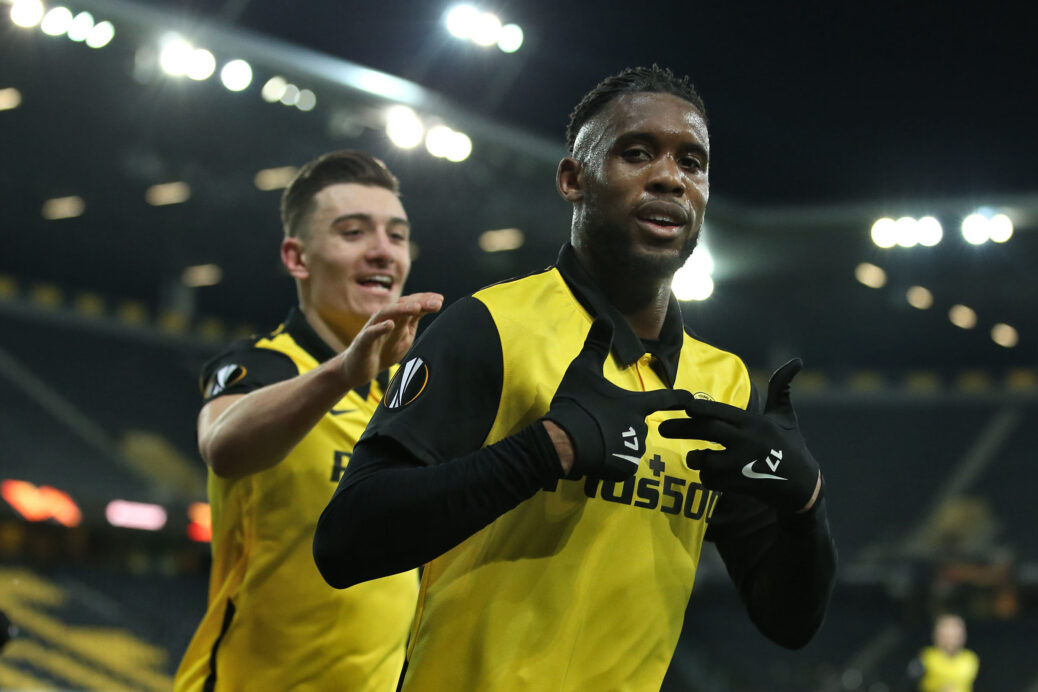 Jordan Siebatcheu was back at it again in front of the net on Thursday. This time, it resulted in a dramatic UEFA Europa League victory.

Siebatcheu bagged a brace, including a late winner, to help give Young Boys the edge in a thrilling 4-3 affair vs. Bayer Leverkusen in the first leg of the teams’ Round of 32 series. The American-born striker made the difference in the 89th minute of the wild match, pouncing on a rebound from in close and blasting it home.

Siebatcheu, who has only ever represented France internationally at the Under-21 level, had struck 70 minutes earlier in what was his first Europa League start with Young Boys. He scored the second of the Swiss side’s three goals in an impressive first half, but Bayer Leverkusen looked to make it all for naught when when the German club fired back after the break to bring the the game level at 3-3.

Siebatcheu proved the hero with his 10th tally in as many games across all competitions, though, and Young Boys now hold the advantage going into the second leg in Germany on Feb. 25.

The 24-year-old forward, who is on loan from French club Rennes, has been quite hot in front of the net as of late for Young Boys. He has scored all his season tallies since Dec. 19, and done so despite making just eight starts in 27 appearances this campaign.