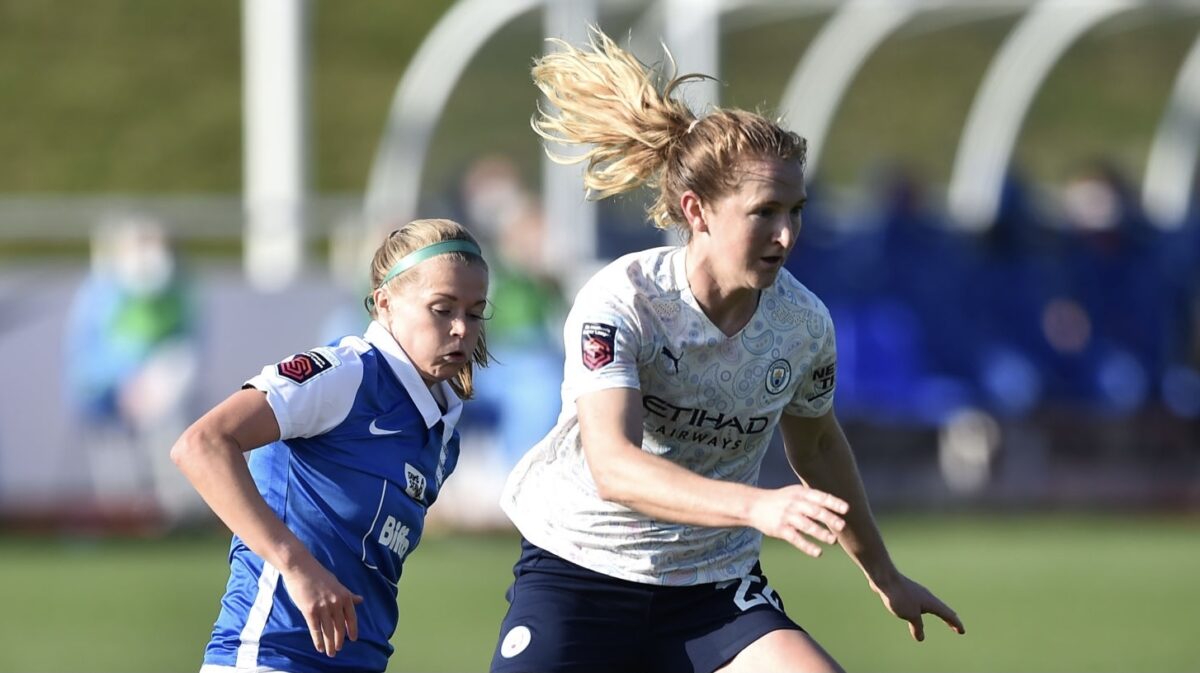 Samantha Mewis stayed in England to recover from injury and in her first match back on Sunday, the U.S. Women’s National Team star delivered a top performance.

Mewis scored the opening two goals for Manchester City in an eventual 4-0 romp over Birmingham City. The midfielder headed in both goals, with the finishes coming 12 minutes apart.

The 28-year-old got on the end of Chloe Kelly’s cross in the 40th minute and made no mistake to break the deadlock at SportNation.bet Stadium.

A pinpoint cross finds Mewis who nods the ball into the net 🎯 pic.twitter.com/eUOQ9RW92k

Mewis was at it again after halftime, this time doubling her goals on the afternoon and Man City’s lead in the 52nd minute. The midfielder would register an assist on Lauren Hemp’s finish in the 53rd minute before being substituted off in the 64th.

She now has five league goals this season since arriving in England.

International and club teammates Rose Lavelle and Abby Dahlkemper both came on as second-half substitutes, playing out the final moments of a 10th consecutive win in all competitions. Lavelle struck the crossbar in stoppage time while Dahlkemper helped Gareth Taylor’s squad earn a second-straight clean sheet.

Man City now sits second in the WSL table, two points behind leaders Chelsea. Up next for the Lady Citizens is a home date with Italian side Fiorentina on Wednesday in the first leg of the UEFA Women’s Champions League Round of 16.