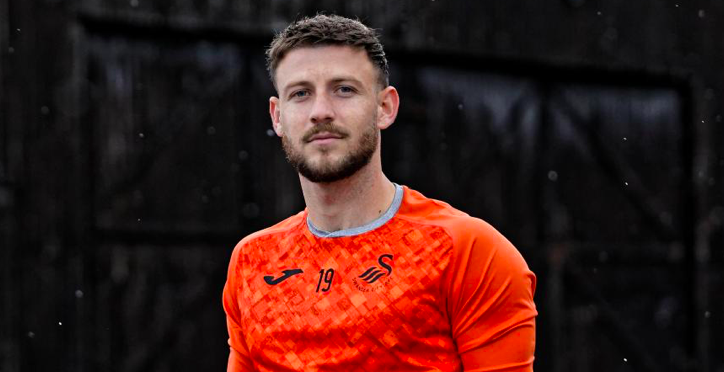 After completing the final steps to complete his loan move to Swansea City, Paul Arriola is ready to jump in and help the Swans in their push for promotion back to the English Premier League.

Swansea City acquired Arriola on loan for the rest of the EFL Championship season, a move sealed on Transfer Deadline Day in January. The USMNT winger joins fellow American Jordan Morris, who also arrived during the winter transfer window via loan.

“My goal is to help the team in any way shape or form. I feel I can bring a lot to the team,” Arriola said in a club interview Monday. “It’s about staying true to myself and doing what the gaffer wants me to do. I am versatile, I can play in different positions. But the goal is to settle down quickly and figure out how best I can help the team.”

“I like to think I bring a lot of energy, I like to press, I like to get in behind teams and I love to win games. That’s the most important thing, the mentality to do whatever it takes to win and get the team promoted.”

Arriola comes into the fold of Steve Cooper’s side, a team currently sitting in second place in England’s second tier. Following a 2-0 win over Norwich City last week, the Swans are two points behind the Canaries for top spot in the division.

The 26-year-old recovered from a torn ACL in 2020 to play in D.C. United’s regular season finale and also make his return to international play with the USMNT. Arriola’s versatility and playmaking ability should mold nicely into the offensive ranks at Swansea City, a team which has relied on its defensive structure for most of the season so far.

“I am confident coming off a couple of good games with the (national) team,” Arriola said. “The goal is to come here and make an impact. If I wasn’t confident, I would not be here. This club has showed confidence in me, as have D.C. United, so I am very excited and ready to get going.”

Morris, 26, has already appeared in two matches since arriving on loan, providing the Swans attack with his trademark speed.

“I obviously know Jordan,” Arriola said. “He and I play together for the National Team, and we go quite a way back over a few years. We had both spoken about the potential move earlier in the month, and how good it would be to be part of this club.”

“It’s been a lot easier, and will be an easier transition to have a familiar face who is such a good friend around. Now it’s about getting down to work and giving everything I have.”

Swansea City hosts Manchester City in FA Cup action on Wednesday before returning to its league schedule on Saturday.