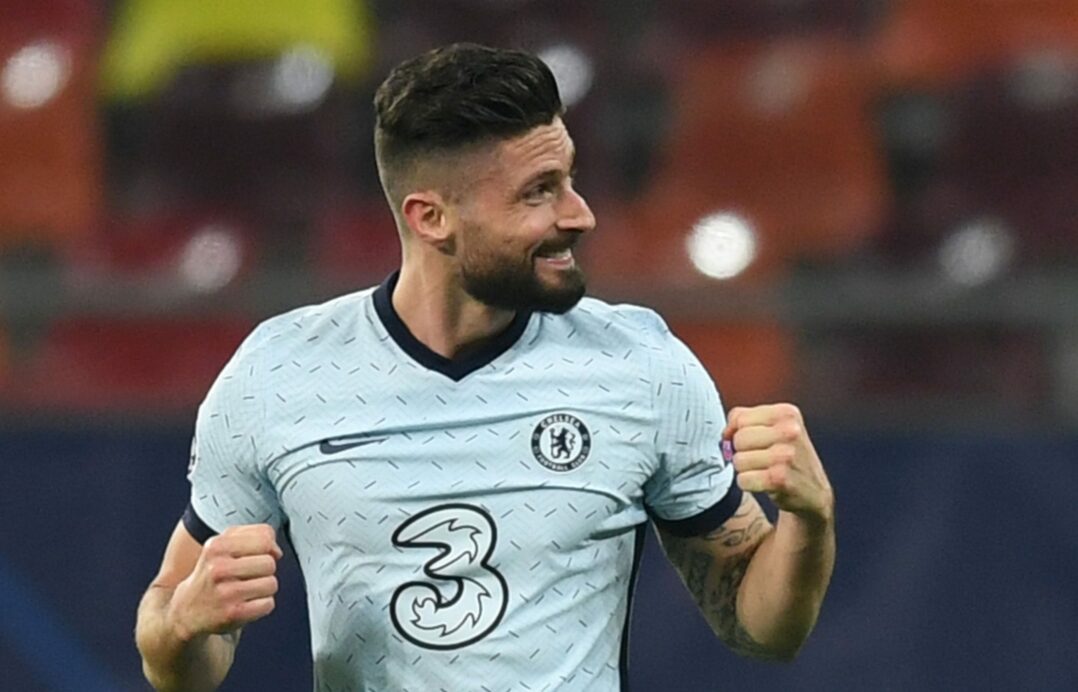 It took a stupendous effort and VAR had to be called into use to determine the validity, but Chelsea holds the advantage over Atletico Madrid after an Olivier Giroud wonder goal secured the advantage for the English giants.

Chelsea grabbed a 1-0 road win over Atletico Madrid in the first leg of their UEFA Champions League Round of 16 series on Tuesday thanks to an impressive Giroud bicycle kick. The Frenchman provided the difference in the second half, acrobatically firing the ball into the back of the net after a flubbed clearance in the penalty area.

The 68th-minute strike was initially waved off because of an offside call, but head referee Felix Brych of Germany deemed it a legitimate goal after using VAR to watch it on replay.

Worth the wait. Olivier Giroud with a spectacular finish. 🚲 pic.twitter.com/VT5ojrD2NS

The goal was one of few quality chances put on frame by either side in the tight affair. The Blues finished with five shots on target while Atletico Madrid produced none. Chelsea also won the possession battle by a 64-36 percent mark.

U.S. Men’s National Team player Christian Pulisic featured for English Premier League club in the win, coming off the bench for the final three minutes of the encounter.

The return leg at Stamford Bridge is scheduled for March 17.

The Chelsea-Atletico Madrid showdown was a close one, but Tuesday’s other game was anything but.

Bayern Munich went on the road to Italy and steamrolled Lazio to the tune of 4-1 in the first leg of their Round of 16 series. The German champion took a 4-0 lead through 47 minutes, with Robert Lewandowski, Jamal Musiala and Leroy Sane finding the back of the net before Lazio scored an own goal early in the second half.

Lewandowski started the fun for his side early, pouncing on an errant back pass to slot home the opener in the ninth minute. Musiala, a 17-year-old attacking midfielder, then doubled the lead with his first Champions League goal in the 24th minute. Sane made it 3-0 three minutes before halftime, and the lead increased further when Lazio centerback Francesco Acerbi put the ball into the back of his own net.

The Italian outfit found a lifeline in the 49th minute through Joaquin Correa’s finish, but still has a lot of work to do in the second leg to turn this series around. The rematch in Munich is set for March 17.