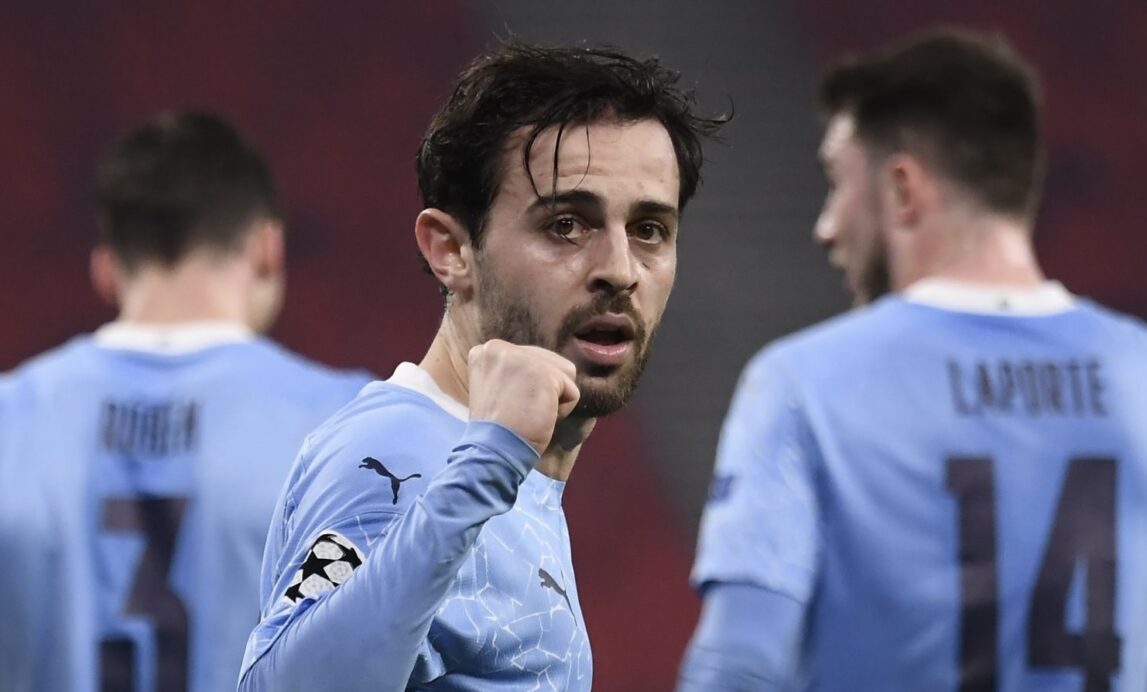 Manchester City’s stellar winning run continued on Wednesday with Pep Guardiola’s side taking one step towards a place in next month’s quarterfinals.

The English Premier League side used goals from Bernardo Silva and Gabriel Jesus to pick up a 2-0 first leg Round of 16 victory over Borussia Monchengladbach in Budapest, Hungary. It was the Citizens 19th-consecutive win in all competitions and their 12th-straight on the road.

After early and often pressure, the Citizens struck first at the Puskas Arena with Silva arriving in the box to head home the opening goal. A giveaway at the back by Gladbach allowed Joao Cancelo to cross into a deadly area. Silva made no mistake by heading across Yann Sommer’s goal and into the bottom-left corner.

Beautiful ball from João Cancelo and Bernardo Silva gets his head on it 💥 pic.twitter.com/vjWQnhULji

The Citizens needed to wait until after halftime to double their advantage, but Jesus was on the spot to score his first goal since February 10th in all comps. Ilkay Gundogan’s cross to the back post was headed into a dangerous area by Silva, allowing Jesus to poke home past Sommer.

Borussia Monchengladbach only registered one shot on goal in the 90 minutes, failing to truly test Ederson in the Man City goal. Marco Rose’s side will hope for a better performance at the Etihad Stadium on March 16th.

Real Madrid came into Wednesday’s first leg date with Atalanta missing several key players, but walked away with a crucial away goal against the Serie A hosts.

It was an ugly start for Atalanta who was reduced to 10 men in the 17th minute. Remo Freuler’s straight red card for bringing down Mendy on a counter-attack breakaway saw the hosts’ chances take an early hit.

After owning majority of the possession, Los Blancos got the breakthrough as Mendy’s sweet strike in the dying moments handed the visitors an important win. The French fullback received the ball off a corner kick outside of the box and curled a right-footed strike into the bottom corner past a diving Pierluigi Gollini.

It was Mendy’s first goal for the club in the Champions League and his second overall in all competitions this season.

Real Madrid returns to Spain with a slight advantage, but know Atalanta will refuel and be ready to go for March 16th’s second leg.