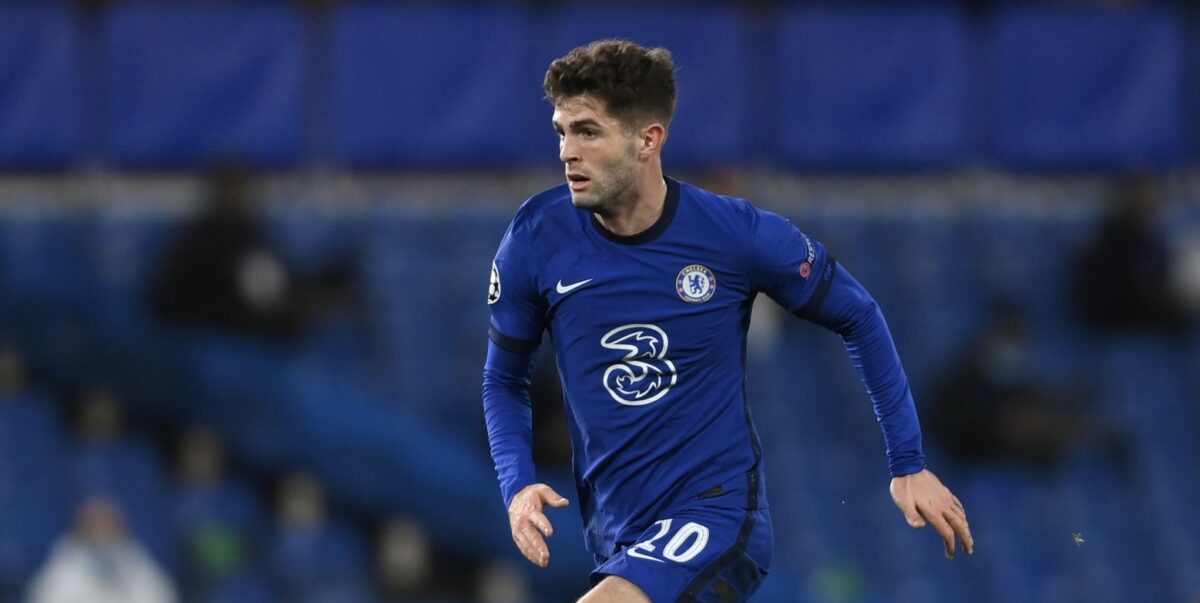 Christian Pulisic helped Chelsea clinch its spot into the UEFA Champions League quarterfinals with the American sealing the deal in a second leg triumph on Wednesday.

Pulisic came off the bench for Thomas Tuchel’s side in a 2-0 win over Atletico Madrid, registering one assist in the dying stages of the match. It was the U.S. Men’s National Team midfielder’s second assist of the season in all competitions, but a confident move ahead of a busy weekend for the Blues.

The 22-year-old drove upfield in possession before laying off a pass to fellow substitute Emerson. The left back hit a low drive into the bottom corner to seal a comfortable home victory at Stamford Bridge.

That run from N'Golo Kante… In the 93rd minute. Unreal. 💨pic.twitter.com/AybxXkf1Nq

Pulisic will now look to build off Wednesday’s performance this weekend with Chelsea hosting Sheffield United in FA Cup quarterfinals action. Following that he will join up with the USMNT for upcoming friendlies against Jamaica and Northern Ireland in Europe.

Elsewhere, Cameron Carter-Vickers and Bournemouth picked up an important shutout win over Swansea City while Daryl Dike scored a brace in Barnsley’s 3-1 road win over Wycombe Wanderers. Samantha Mewis and Abby Dahlkemper both played 90 minutes each in Manchester City’s 3-0 WSL win over Bristol City. Lynden Gooch assisted once for Sunderland in a League One victory over Accrington Stanley.

Christian Pulisic came off the bench, registered ONE ASSIST, and played 13 minutes in Chelsea’s 2-0 second leg win over Atletico Madrid on Wednesday. Chelsea advanced by 3-0 aggregate.

Zack Steffen dressed but did not play in Manchester City’s 2-0 second leg win over Borussia Monchengladbach on Tuesday. Man City advanced by 4-0 aggregate.

Rose Lavelle came off the bench and played nine minutes for Man City.

Tobin Heath is OUT (Injury) for Manchester United.

Geoff Cameron started, registered ONE ASSIST, and played 70 minutes in QPR’s 3-2 win over Millwall on Wednesday.

Paul Arriola did not dress (Injury) for Swansea City.

Charlie Kelman did not dress for QPR.

Jordan Morris is OUT FOR SEASON.

Indiana Vassilev came off the bench and played 31 minutes in Cheltenham Town’s 2-0 loss to Barrow on Tuesday.

Julian Green came off the bench and played 23 minutes for Furth.

Tim Weah started and played 62 minutes in Lille’s 3-0 loss to PSG on Wednesday.