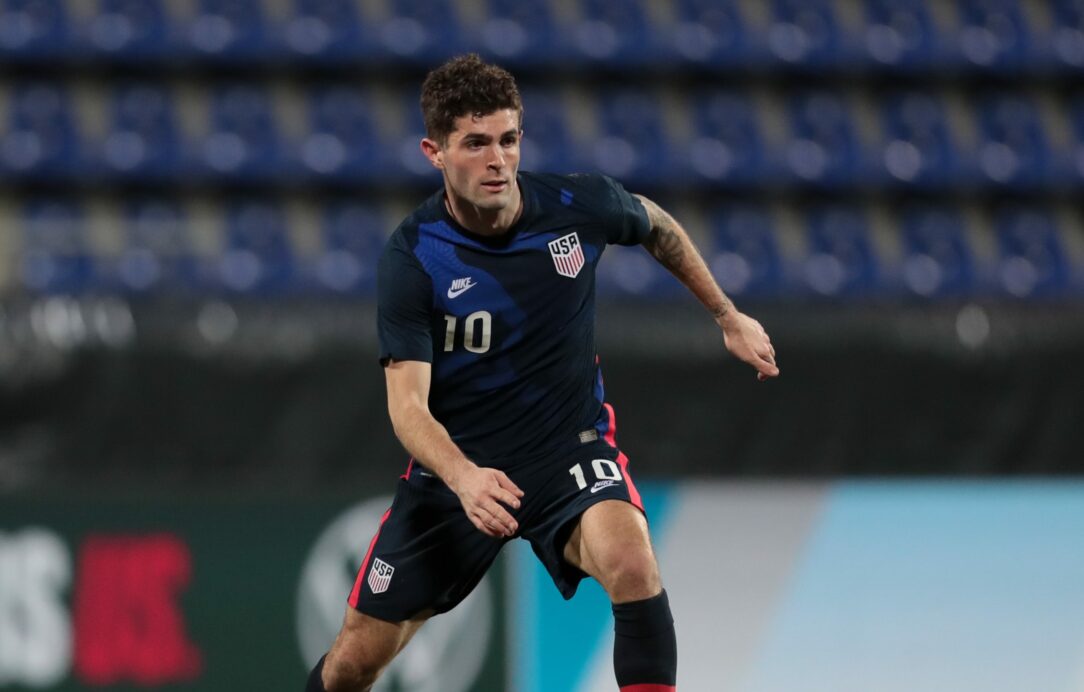 Christian Pulisic may have only played 45 minutes as part of a preordained plan, but U.S. Men’s National Team head coach Gregg Berhlater seemed pleased with what he saw from the talented winger all the same.

Pulisic made his USMNT return on Thursday, appearing for the Americans for the first time since October 2019. He started and played in just the first half of the 4-1 friendly victory vs. Jamaica at the Stadion Wiener Neustadt in Austria, but his removal at the break when the game was 1-0 in Berhalter’s side’s favor was more about the team being strategic with its handling of him than anything else.

“It was a planned substitution,” said Berhalter. “Before the game we knew he was only going to play 45 minutes. When I think about his minutes we want to progress him in a safe way but we also want to help get him 90-minutes fit. Part of the plan was he played something like 82, 86 minutes for Chelsea on Sunday and then I think the natural progression is a half and then let him play more against Northern Ireland — a lot more in that case.

“I think that will set him up nicely to gain fitness while he is here with the national team and go back to Chelsea in a good way.”

The 22-year-old winger has not been featuring as regularly as he would like for Chelsea lately, which is why he is currently working his way back to his best in terms of match sharpness and fitness. Pulisic said during his pregame press conference that despite his lack of playing time at the club level he felt good and confident, and he showed flashes of his qualities against the Reggae Boyz both on the left side that he started in as well as on the right after switching flanks with Giovanni Reyna for a stretch.

Pulisic had several goal approximations in both positions during his time on the field, getting into dangerous spots in the final third on multiple occasions. There appeared to be some evident rust once he got there — including on a fairly open look that he pulled well wide — but Berhalter was overall satisfied with the talented attacker’s contributions.

“The way I saw his performance is that I thought he grew as the game went on and he became really dangerous, very aggressive coming inside,” said Berhalter. “They were compact, they had a lot of numbers, and it was difficult to get his shots through but he was certainly a major factor in that first half.”

With Pulisic set to take on a bigger role in Sunday’s friendly against Northern Ireland, he stands to have more chances to make an impact. There should also be another opportunity to work on the flank with Sergino Dest, the skillful left back who is less of a traditional vertical threat and more of a central combination type player in that defensive position.

The two have not featured together much on the left side, so building a better understanding of how they can play off each other is important given that more meaningful games are on the horizon in 2021.

“I think it is a relationship that is growing,” said Berhalter. “They have not had much time together on the field. This is the second time that they have been on the field together, so the relationship is growing. It is definitely improved from the last time they played together in terms of their chemistry and how they are moving.

“I think if we can get those two guys passing and moving and having the intention to get behind the back line, it would be really difficult to handle because they are very quick and very technical players.”

There is a lot that is a work in progress for Pulisic right now, but the belief is that there will be more to come from him in the very near future.

“Right now I am satisfied with Christian on my side,”said Dest. “We made some nice combinations.