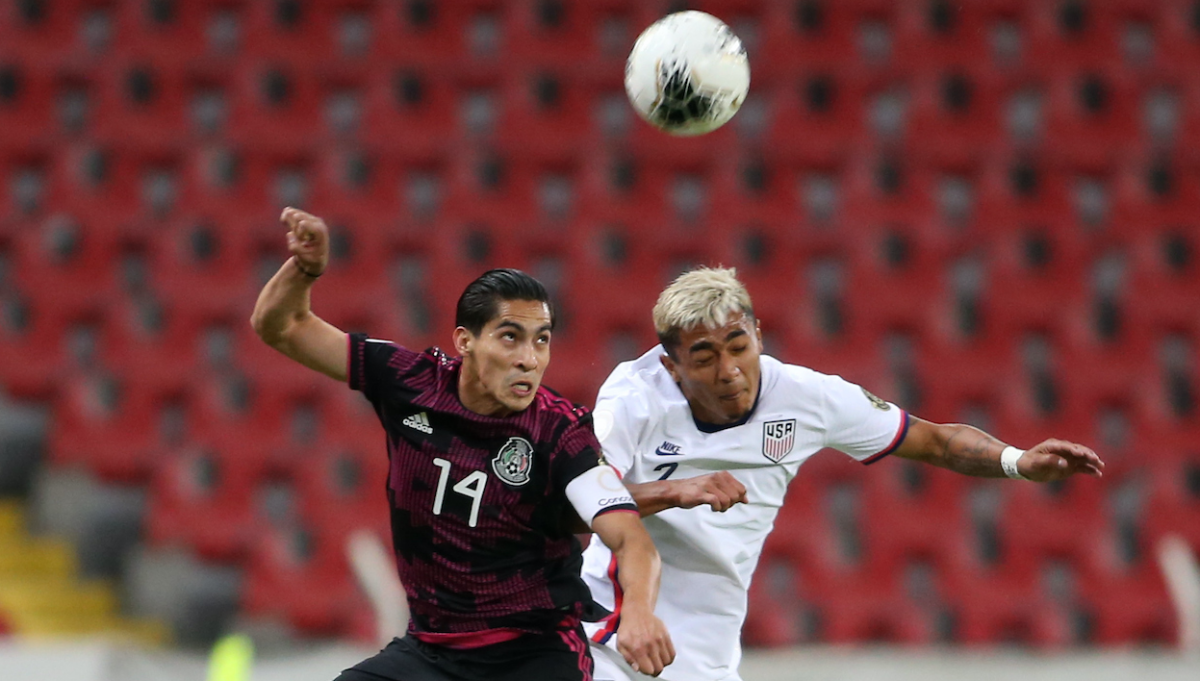 The Under-23 U.S. Men’s National Team will play for its Olympic life on Sunday, but the Americans will do so fresh off a defeat to their most bitter rival.

A costly mistake from Sebastian Soto led to a Uriel Antuna goal deep in the first half and that doomed the U-23 USMNT to a 1-0 loss vs. Mexico in their group stage finale in Concacaf Olympic Qualifying on Wednesday. Antuna scored the winner in the 45th minute, pouncing on an errant back pass from Soto to fire the ball into the back of the net.

The result at Estadio Jalisco in Guadalajara moved the Mexicans to a perfect nine points and locked up the top spot in Group A while leaving the USMNT in second place with six points.

Jason Kreis’ side will face the Group B winner — which will be one of Canada or Honduras — on Sunday in the decisive semifinal game that will determine the Americans’ Olympic fate.

It was almost a flawless opening stanza from a defensive standpoint for the Americans, but a self-inflicted wound gave the tournament hosts the game’s only goal. Antuna broke the deadlock in the final minute of the first half, picking off an ill-advised pass from a withdrawn Soto before netting via a low effort from just outside the penalty area.

The Mexicans were close to having a great look earlier in the first half when left back Alejandro Mayorga got the better of USMNT right back Julian Araujo in the 28th minute. American central defender Mauricio Pineda stopped the ensuing shot with a well-timed slide tackle, though.

The USMNT had one of its better chances on the night in the 59th minute, though it came via a weak header from midfielder Johnny Cardoso that went right into the arms of backup goalkeeper Sebastian Jurado following a corner kick.

Jurado entered the match in the 39th minute after starting netminder Luis Malagon suffered an ugly left arm injury while attempting to clear a USMNT free kick. In visible pain, Malagon had to be carted off.

Soto had a chance to atone for his blunder before the hour-mark, but his 58th-minute effort was deflected wide of the far post.

Group A finished with the Mexicans in first place, the Americans in second, Costa Rica in third, and the Dominican Republic in fourth. The Costa Ricans routed the Dominicans to the tune of 5-0 earlier on Wednesday.