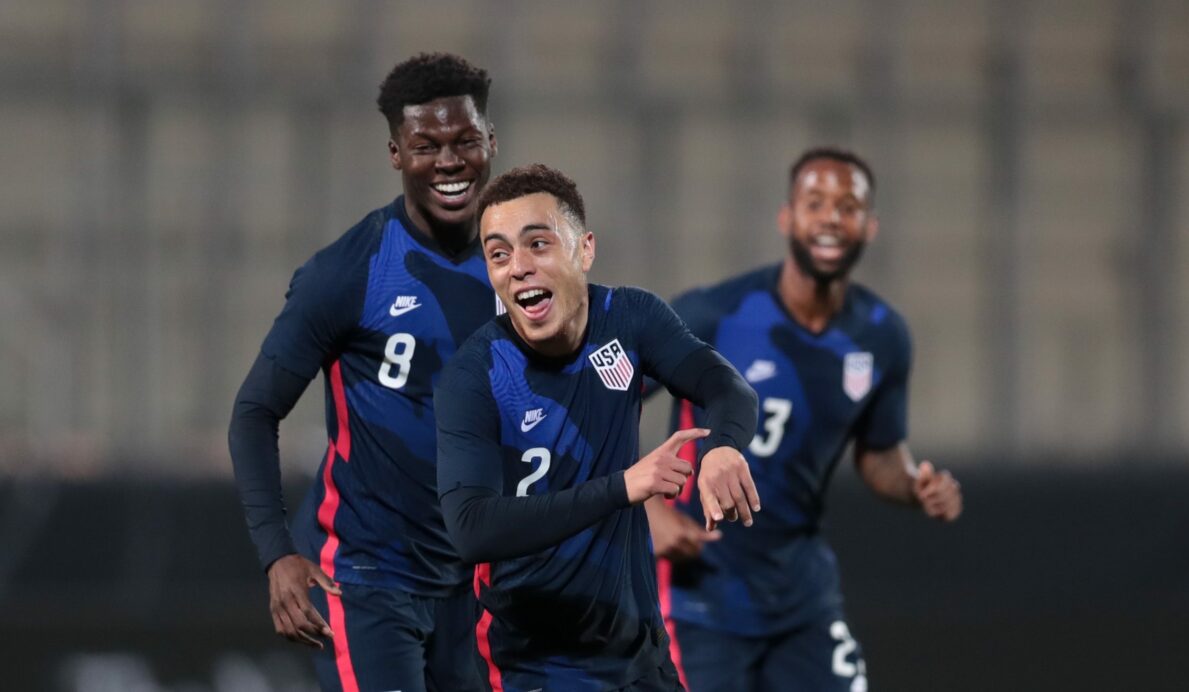 The U.S. Men’s National Team had steamrolled over Concacaf opposition in recent friendlies.

Contrary to what the scoreline might indicate, Jamaica did not prove as easy to beat.

Sergino Dest, Brenden Aaronson, and Sebastian Lletget all found the back of the net as the USMNT topped Jamaica, 4-1, in an exhibition on Wednesday. Jamaica had made things tight at 2-1 in the 70th minute at the Stadion Wiener Neustadt in Austria, but Lletget added a pair of insurance goals late to give the Americans a more flattering victory.

The win was the USMNT’s fourth straight, and all of them have come against Concacaf nations. Gregg Berhalter’s side had previously beaten Panama, El Salvador, and Trinidad & Tobago by a combined score of 19-2.

The #USMNT defender cuts inside and fires home a ROCKET for his first international goal! 🚀🇺🇸 pic.twitter.com/F5jxhkpACy

Dest got the fun started for the Americans in a largely uneventful first half with an impressive first international goal. The left back struck from distance with a splendid right-footed effort in the 34th minute after collecting the ball near the midfield line and dribbling forward.

Aaronson entered the match at halftime and doubled the lead shortly thereafter, pushing home a low cross from striker Josh Sargent in the 52nd minute.

The Americans found a better rhythm and were able to generate more scoring chances in the second stanza, but an attacking free kick that came back the other way gave Jamaica some life with 20 minutes to go.

Beautiful combo here between Brenden Aaronson and Josh Sargent to make it 2-0.

Jamal Lowe opened his account for the Reggae Boyz by capping a counterattack with a classy chipped effort over USMNT goalkeeper and captain Zack Steffen.

That was as close as the Jamaicans got. Lletget buried a look in the 83rd minute to restore the Americans’ two-goal lead before adding his second of the night in similar fashion seven minutes later. Nicolas Giaocchini and Luca de la Torre set up those respective goals.

The USMNT will next travel to take on Northern Ireland in a friendly on Sunday.