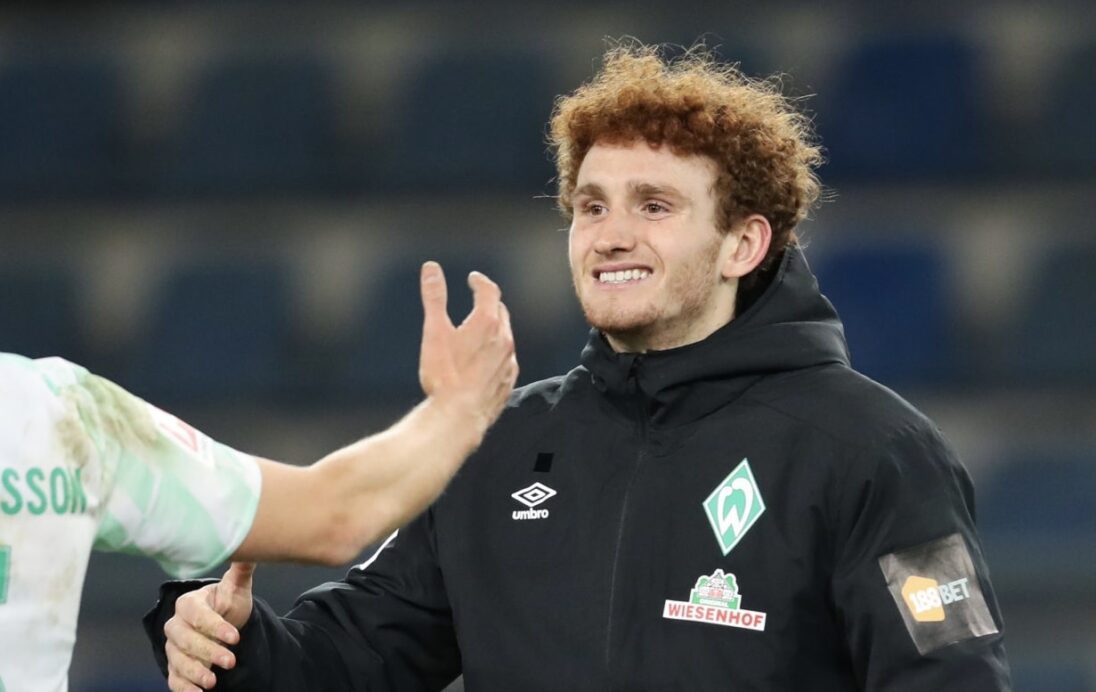 Josh Sargent’s good run of form in front of goal was on display once again on Wednesday and the American’s impact overall has been catching the eyes of his fellow teammates at Werder Bremen.

Sargent scored for the third-consecutive match as Florian Kohfeldt’s side earned an important 2-0 league win over Arminia Bielefeld. The victory moved Bremen to 30 points, 11 points clear of their opponents, who occupy the relegation playoff place.

The 20-year-old forward has played a part in Bremen’s current three-match unbeaten run, taking his tally to six goals and three assists in all competitions so far. Austrian defender Marco Friedl praised Sargent for his latest outing for the club and his overall hard work at the forward position.

“I’m very pleased for Josh that he’s been able to reward himself for strong performances in recent games, and again today,” Friedl said post match. “He works unbelievably hard for the team – covers a lot of ground off the ball and even when he’s completely shattered he keeps on giving everything for the team.”

The goals came hard to come by for Sargent in the first half of the season, as he had to wait until October 31st to register his first in league play. Since then, he’s played a vital role for the club, scoring four league goals and putting in a lot of physical work without the ball.

Wednesday’s win now moves Bremen to nine points back of sixth place, a goal that could certainly come to play if Sargent continues his impact offensively. Sargent reflected on Wednesday’s win and how important it was to pick up the three points against a fellow bottom-half side.

“Both teams needed to win today so it was a really important victory for us,” Sargent said. “Bielefeld had more control of the game in the first half – we scored one on the counter right at the start of the second half which was very important.”

Up next for the club is a daunting home date with league leaders Bayern Munich before clashes with fellow top-half sides Wolfsburg and Stuttgart.