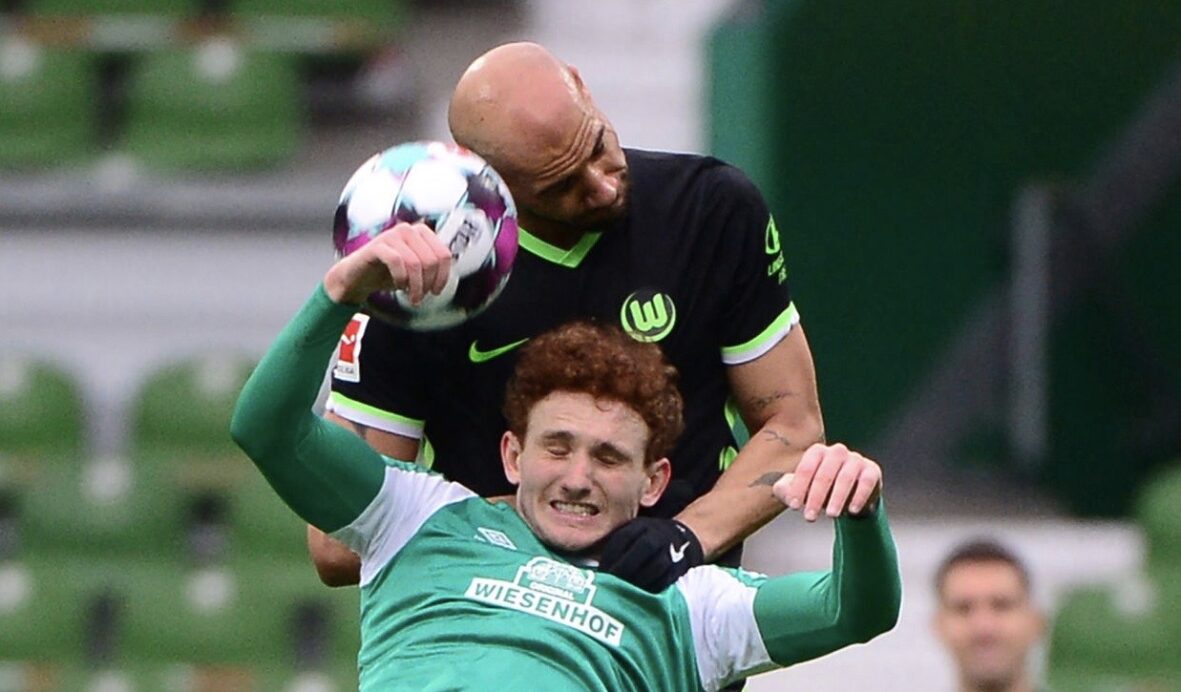 John Brooks and Wolfsburg will go into the international break on a high note. The same cannot be said for Josh Sargent and Werder Bremen.

Wolfsburg went on the road and defeated Werder Bremen, 2-1, on Matchday 26 in the German Bundesliga, and Brooks and Sargent had starkly different performances in the game for their respective clubs. Brooks enjoyed a 90-minute shift, registering a game-high seven interceptions to help Wolfsburg strengthen its hold on a Champions League position.

Sargent endured a match to forget, scoring an early own goal in a 58-minute shift that also saw him receive a yellow card.

The 21-year-old forward’s inadvertent strike came just eight minutes into the match, with Sargent failing to attack the ball on a free kick before delivering a poorly headed clearance attempt that looped up and into the back of Werder Bremen’s net. His own goal comes after a recent three-match scoring streak.

Wolfsburg added a second goal before halftime and Bremen responded shortly thereafter, but that was as close as the latter side came to salvaging a result at home.

Brooks and Wolfsburg are currently in third place in the Bundesliga standings, a position that will be good enough to qualify them directly into the UEFA Champions League next season if they can hold onto it. Sargent and Bremen are in 12th.

Brooks and Sargent will now head to USMNT Camp, where they will be expected to start against Jamaica in a friendly on March 25.